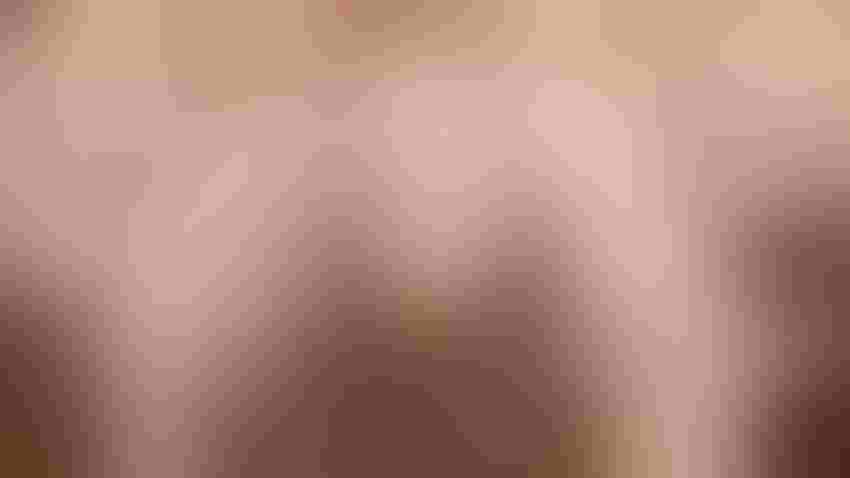 HOG HERD: The swine breeding herd numbers could level off, as new numbers show farrowing intentions to be lower for the coming months. Srdjan Stepic/getty images

The pig crop is not as accurate of a measure to predict slaughter as the market hog inventory due to production issues. Furthermore, the actual time to slaughter may vary because of differences in marketing weights for hogs or changes in feed efficiency and average daily rates of gain.

Producers can alter plans after reports

In December, actual sows farrowing during September to November were reported at 3.004 million head, down 1.5% from 2021 but 31,000 litters larger than the September through November expectations in the September report. U.S. hog producers intended to have 2.947 million sows farrow during the December 2022 to February 2023 quarter, which would be up 1% from the actual sows farrowing during the same period one year earlier, and 45,000 litters larger than the December through February expectations in the September report. Intended sows farrowing for March to May 2023, at 2.981 million sows, would be up 0.5% from the same period one year earlier.

The U.S. breeding herd inventory on Dec. 1 was 6.154 million head. This was up 0.5% from Dec. 1, 2021. This was the first year-over-year increase in the national swine breeding herd in two-and-a-half years. Breeding herd utilization, September-November sows farrowing divided by the Sept. 1 breeding herd, at 48.3% is close to what it has been for this quarter over the last three years, but one percentage point lower than the 20-year average.

Anticipated breeding herd utilization for the next quarter, December to February farrowing intentions divided by the Dec. 1 breeding herd, is 47.9% — which would be higher than the last two years for the same quarter and almost right at the 20-year average. This helps provide some confidence in the breeding herd and farrowing intention estimates. When production is declining and hog prices are profitable or there are expectations of profit, hog producers are likely to retain a larger number of gilts for replacement purposes and make maximum use of their present sow herd.

A possibility exists that farrowing numbers may end up being higher. Where could December through February sows farrowing be larger? In Illinois, the ratio of sows farrowing in December to February to the Dec. 1 breeding herd would drop to 43.2%, compared to 44.1% last year and a 20-year average of 49.2%.

The potential declines in the farrowing rate could be aberrations — or more sows could, in fact, be farrowed than previously estimated. Of course, this assumes no revisions to breeding herd estimates.

Give credit where credit is due

In the short run, the number of hogs and pigs are on the ground is what matters. Current and pipeline supplies along with the demand situation, determine prices. The Dec. 1 market hog inventory, at 66.966 million head, was down 2% from last year. The 180-pound-and-over category was down 1.9% and will be slaughtered in the next 30 to 45 days; and by the time a quarterly hogs and pigs report is released, a good portion of these hogs will have already come to market. Hog slaughter during the first three weeks of December was down 1.8%, compared to the same three weeks in 2021.

The years when Christmas and New Year’s Day fall on a weekend throw a dynamic wrench into slaughter planning. Adjusting operations for the two-week period introduces more variability within each plant and across the industry. In addition, heavy snow and blizzard conditions smashed into the Great Plains and Midwest beginning on late Dec. 19 and stretching into early Dec. 24. This storm upended hog slaughter for the week ending Dec. 24. Hog slaughter was down 7.4% compared to the same week the previous year. Slaughter numbers ramped up the following week but then declined notably year-over-year for the week ending Jan. 7. Saturday slaughter allows packers to somewhat make up for holidays and weather challenges. For instance, Saturday, Jan. 7 hog slaughter was the third-largest Saturday slaughter on record. The data go back to 1993.