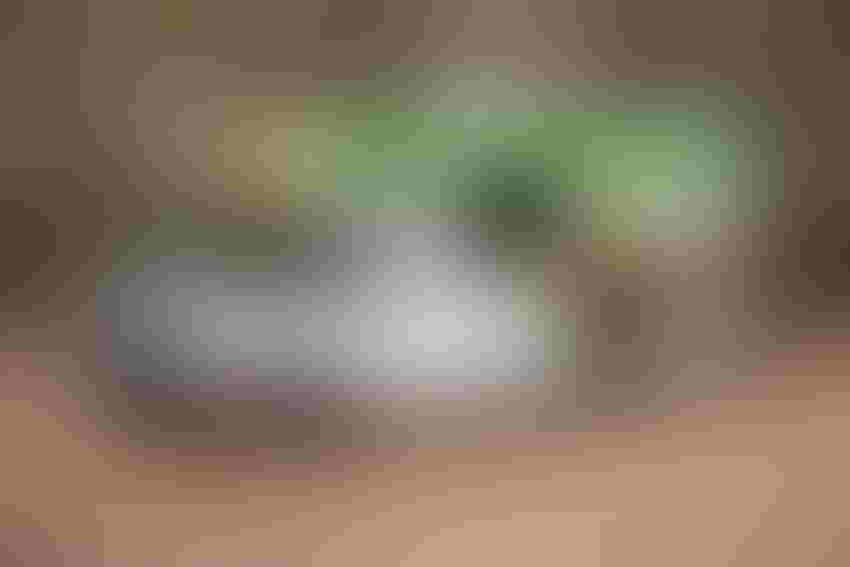 A motorhome designed by the group Farmers for Free Trade tours the country. Farm groups have strongly supported the U.S.-Mexico-Canada agreement, which Vice President Mike Pence touted during a visit to the San Joaquin Valley on Wednesday.Fresh Produce Association of the Americas

The new 17.5 percent tomato tariff imposed after a breakdown of a 22-year-old agreement designed to keep the peace between growers on both sides of the U.S.-Mexico border took effect a month ago and already several major distributors in Southern Arizona have dropped out of the supply chain because of the added costs to conduct business in the $1.9 billion market.

Meanwhile, retail tomato prices have already jumped 30 percent in the ensuing four weeks and in some cases, consumers are finding that traditional vine-ripened tomatoes are no longer available on supermarket shelves. And industry representatives say it’s only going to get worse.

Mexican tomato imports account for over half (54 percent) of the U.S. tomato market and the rise in prices quickly proved to be a harbinger of things to come.  Economists have estimated that the disruption to normal order could ultimately result in a rise of anywhere between 40-85 percent in vine-ripened fresh tomato prices.

There is magnitude to the problem as over the last decade and a half, Mexican tomato imports during the May-to-October season have increased 188 percent, about double the rate of the fall-to-spring season.

And as the month of May came to an end, the Trump brain trust in Washington posed a new threat to American consumers and U.S. businesses in the form of more tariffs on top of the recently-imposed 17.56 percent duties. Trump announced late June 7 he was cancelling the tariffs because the two nations had reached an agreement to curb illegal U.S.-Mexico border crossings.

“The latest threat of 25 percent tariffs by October on Mexican imports like tomatoes, avocados, mangos, and other fruits and vegetables is a tax on healthy diets, plain and simple, and is completely unacceptable,” according to Fresh Produce Association of the Americas President Lance Jungmeyer, who noted that Americans consume $12 billion in Mexican fruits and vegetables annually, according to USDA figures.

If implemented, the additional tariffs would cost Americans an extra $3 billion and “would take the U.S. backwards as a country” by threatening passage of the U.S.-Mexico-Canada Agreement (USMCA) just as it is moving forward, he says.

Arizona Republican Senator Martha McSally is on record as saying tariffs “harm our economy and are passed on to Arizona families and small businesses.”  Another state economic voice is that of Glenn Hamer, President of the Arizona Chamber of Commerce and Industry, who notes: “Tariffs on imports from Mexico wallop the U.S. economy, which is why the business community is united in opposition to them.”

One of the primary Fresh From Mexico importers along the border is Jaime Chamberlain, for 32 years the leader of Chamberlain Distributors in Nogales, Ariz., importers of nearly three dozen fruits and vegetables with a full employee roster of 500 workers.  “For the first time in nearly half a century, we will not be importing Mexican tomatoes,” says the CEO of the non-grower-family-owned distributorship.

“Since the 17.56 percent duty was implemented on May 7, strange things have been happening,” he says. “The retail market price went up by 30 percent in 30 days while the FOB sales price went down a similar percentage and you started to see a lot less tomatoes come across the border.

“The bulk of the Sinaloa season is already done, but the duties hit halfway through the Sonora region’s season and the market went less than the typical minimum floor price of $8.30 with Roma’s being sold for $5 or $6. Was that because we’re coming to the tail end of the Hermosillo harvest or because of the actual pressures by the added duty? Probably a combination of both.

“There’s been some adjustment with sales now in the $10-$11 range, but I can’t imagine what chain stores are going to do going forward, probably hike prices another 30 percent or more,” he says.

Indicating the seriousness of the situation on many fronts, the FPAA and the Farmers for Free Trade group co-hosted a major media event along the U.S.-Mexico border on June 4 and their unified message was loud and clear -- cease and desist.

“In the first month of the new tomato duty imposition, we’re already starting to see some companies quit importing product while others are attempting to make the necessary adjustments of paying the duty and tariffs on top of that,” says Jungmeyer.  “It becomes extremely difficult for some of these companies to stay in business.”

“We got out,” says Chris Ciruli of the family-owned Circuli Brothers, citing the amount of money at risk. “We’re no longer importing Mexican tomatoes and I don’t see that changing in the short-term foreseeable future.”

That sentiment was echoed by Ricardo Crisantes of Wholesum Family Farms.  “With Tweets now warning of additional tariff’s on top of the existing duties, we’re thinking of stopping importation of tomatoes too.”

“For us, it was a purely financial decision to stop being the importer of record,” adds Chamberlain.  “Going forward, if the president’s existing 17 percent duty gets an additional 5 or more percent in threatened new tariffs, that would get you up to a total of 40 some-odd percent by October and would make it difficult for anyone to continue with this commodity.  Ultimately the consumer will end up footing the bill in the form of higher prices or basic lack of availability.”