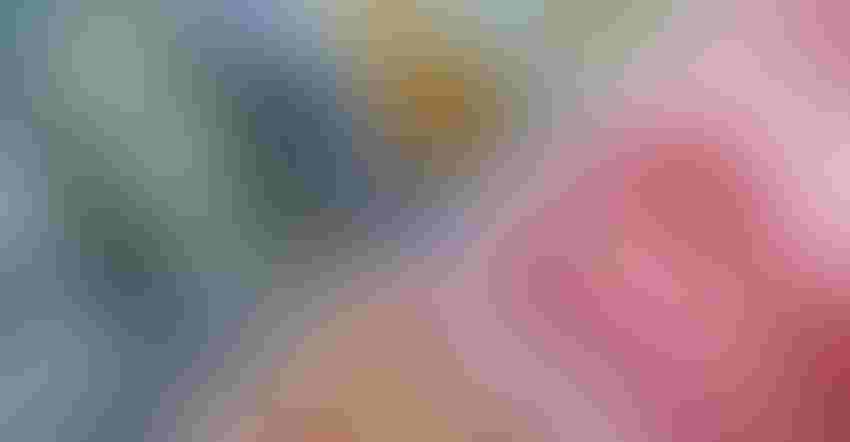 The United States is a country like no other, but the challenges of remaining free, with an innovative capitalist spirit, where individual liberties and democracy reign supreme requires ongoing attention and sacrifice. The global, especially Chinese, retaliatory tariffs on the U.S. agricultural export sector have become increasingly burdensome with price trends more negative than positive.

Global leaders, especially the U.S. and China, are redefining the world’s economic, technological, financial, and military global leadership hierarchy. If China can meet their goals of global technological supremacy in six years and financial supremacy in 16 years, they will have a high probability of achieving global military supremacy before the turn of the century. The outcome of today’s ongoing global and regional supremacy battles will largely define the future global balance between open and closed societies.

Since March 2018, fiscal, monetary and trade policy disputes, especially between the U.S. and China, have diminished the U.S. agricultural sector’s trade outlook and may significantly change future economic, political, trade, and military alliances for decades to come.

President Trump, in remarks to the 74th Session of the United Nations General Assembly on September 25, 2019 said: “The most important difference in America’s new approach on trade concerns our relationship with China. In 2001, China was admitted to the World Trade Organization. Our leaders then argued that this decision would compel China to liberalize its economy and strengthen protections to provide things that were acceptable to us, and for private property and for the rule of law. Two decades later, this theory has been tested and proven completely wrong.

Not only has China declined to adopt promised reforms, it has embraced an economic model dependent on massive market barriers, heavy state subsidies, currency manipulation, product dumping, forced technology transfers, and theft of intellectual property and also trade secrets on a grand scale.”

In 2018, the following countries increased their exports to China:

Second, in the long run, a shift in trade patterns can become permanent if trade disruptions lead to new trade alliances or stimulate production in retaliating domestic markets or other competing foreign regions, thus increasing supplies from new sources.

Corn. Near-term price trend remains bearish. Corn closed the week of September 23, 2019 at $3.72 per bushel, up 0.75-cents for the week or up 0.20%. Expect anemic prices, until fundamentals are more supportive of higher prices with a possible decline to $3.01 per bushel. If corn ends the week of September 30, 2019 above $3.78 per bushel, then I will consider a near term bottom possibly in place. Corn prices likely remain in: First, a primary December Futures trading range of $3.45 to $3.73 per bushel and Second, a potentially slightly broader trading range of $3.18 to $3.73 per bushel trading range, Charts B14 to B17.

Little support exists for the 10-Year Treasury Yield until the previous low achieved in 2016 is reached at 1.37 and, given time, further downside to 1.00 or lower is now a real possibility. The November 2018 high was 3.24 percent. That said, the dynamics of the repo market and ongoing derivative exposure could spike US-Treasury markets.

U.S. Dollar Index. Larger trend sideways to up. The U.S. Dollar Index increased 0.64 percent the week of September 23, 2019, up 0.64 to close at 98.76. Dollar Bulls see global money increasingly flowing into the U.S. as a safe heaven. Dollar Bears anticipate continued accommodation by the Federal Reserve, reflation emerging, and the Bank of China, European Central Bank and the Bank of Japan elevating stimulus activities providing the dollar with some potential weakness, Charts A5 to A8.

Much of the world’s debt is dominated in dollars, especially frontier countries and emerging markets. Thus, a lower dollar is supportive of U.S. economic activity and global economies in general. What’s the negative to a lower dollar? A lower dollar may also be supportive of a number of building global asset bubbles.

Geopolitical uncertainties, political dynamics, coupled with possible supply disruptions, make this market unpredictable for the world’s most talented analysts, so be highly respectful of price action. Do not try to outthink this market, just follow the price action.

Since no one has a crystal ball or knows the future always consult an investment professional or professionals before making investment decisions. The world’s most talented speculators, investors and money managers are challenged by today’s global business environment.

Source: Bobby Coats is an economist with the Arkansas Department of Agriculture. E-mail: [email protected] and is solely responsible for the information provided and is wholly owned by the source. Informa Business Media and all its subsidiaries are not responsible for any of the content contained in this information asset