Recent rains were helpful to Arkansas farmers, ranchers, but more rain would be welcome 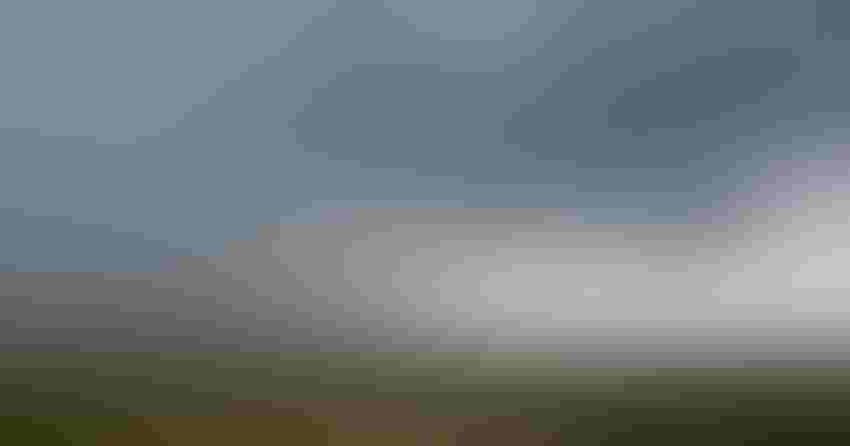 Rain approaches a rice field outside of Jonesboro, Ark.Brent Murphree

“I have learned to never turn down a rain." -- Bill Robertson

The rain that fell during the last weekend of July was helpful, but more rain would go a long way to reviving pastures and helping soybeans fill pods and rice fill grain heads.

Meanwhile, the U.S. Department of Agriculture has made Arkansas farmers and ranchers in 20 counties and 11 neighboring counties eligible for emergency loans under a drought disaster declaration.

The deadline to apply for loans is Dec. 8.

“This was the million-dollar rain — you always hear farmers talk about that million-dollar rain. I think this was that for some parts of the state,” said Jeremy Ross, extension soybean agronomist for the University of Arkansas System Division of Agriculture. “This is going to tide us over.”

A map of estimated rainfall from the National Weather Service at Little Rock from July 28-July 31 showed much of Arkansas north of I-40 receiving 2-5 inches, as did the southern third of the state. Rainfall in central and parts of southwestern Arkansas remained below 2 inches.

Additional rain fell on Thursday and Friday of last week.

“Overall, it was an excellent rain for the majority,” said Jarrod Hardke, rice extension agronomist for the University of Arkansas System Division of Agriculture. “Two to three inches was probably the more common average – which would have been perfect for many to bring rice fields to full flood and take the place of an irrigation event for other crops.”

Hardke said that those with the ability to recover and store runoff were rewarded with water that they can use later.

The rain allowed growers to halt irrigation and perform any needed maintenance to the hard-driven equipment that likely saw only minimal service “as growers couldn’t afford to stop pumps for long over the past two months,” he said.

Ross said 85% of Arkansas’ soybeans are irrigated and while the lack of rain has made things tougher, “the temperatures have been the most damaging. The high temperatures have been driving delays in growth and development. I talked to some growers and consultants who said their beans got to this one stage and just kind of got stuck there, not moving on to the next growth stage.

“We are getting to that critical stage, getting pods and filling those pods and that’s highly dependent on moisture and nutrient availability,” he said.

“It looks like the rain chances will be better than they have the last couple of months,” Ross said.

“I have learned to never turn down a rain,” said Bill Robertson, extension cotton agronomist for the University of Arkansas System Division of Agriculture, said on Monday.

For cotton growers, “we have enough season left that we can still manage around most of the issues that will arise from the rain and extended cloudy conditions,” Robertson said. “Overall, the benefits far outweigh the negatives.”

Jason Kelley, extension wheat and feed grains agronomist, said the rain was much needed for the state’s corn crop.

“We had a lot of early planted corn that was at or near irrigation termination so the rain took the guesswork out from whether the corn needed another irrigation,” he said.  “Our later planted corn will really benefit from this rain as some fields still have a ways to go to maturity.”

“This rain had a major impact on this area,” said Jesse Taylor, Johnson County extension staff chair for the Division of Agriculture. “Several parts of the county had gotten less than an inch for over seven weeks, so it was pretty dry.”

Taylor said many in the county reported receiving 2 inches this past week “and our fields are responding very nicely.”

“I still think we are going to be looking at hay shortages this winter but there is enough season left that if we continue to get moisture, we can gain some ground before winter sets in,” Taylor said. “I expect to see more winter annuals to be planted than usual to offset some of our hay shortages.”

Zach Gardner, Faulkner County extension agent, said some of his ranchers were “talking about planting summer annuals to extend the grazing season; and some were planting winter annuals for fall, winter and early spring grazing. If we get a little more rain, it will be very beneficial for those.”

John Jennings, professor and extension forage specialist, said “this rain has put all the forage options back on the table for late summer and fall pasture” including stockpiled bermuda and fescue, fertilizing bermuda for another hay cutting, planting summer annuals for fall grazing and planting winter annuals for fall/winter grazing.”

Jennings said that many pastures that were browned out “will need the rest of the summer to recover. But those that still were green should rebound quickly and produce forage in a few weeks.”

Speaking from Jonesboro, Scott Stiles, extension economist, said the rain was enough to remove the county’s burn ban. Seventy-two of the state’s 75 counties had imposed a burn ban. By the middle of last week 35 counties had dropped their burn bans.