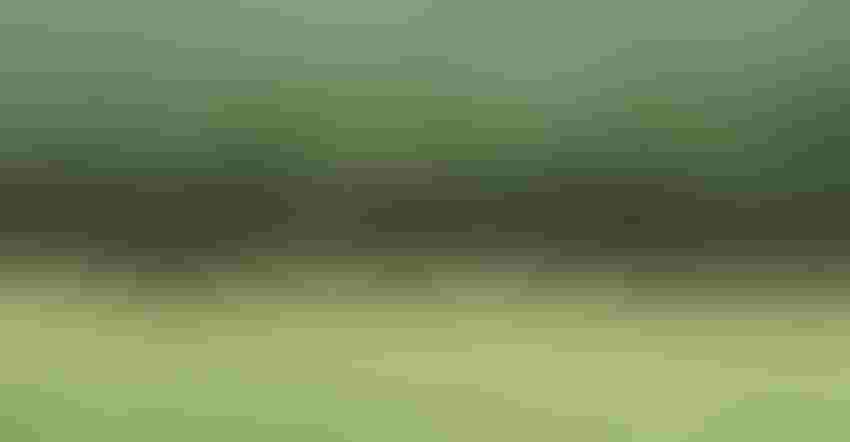 PROFITABILITY: Retaining heifers or buying bred cows or bred heifers are thoughts on the minds of producers.Jennifer Carrico

Escalating calf prices fuel interest in retaining, or purchasing, replacement females to grow the cow herd. Calf prices are up 16% from late-2021 and up 30% from late 2020. Buying interest turning into action can boost replacement prices. Replacement supply also matters.

The amount a producer can afford to pay for a replacement heifer or cow may differ from auction bids or private treaty sale prices. A producer’s buying power relates to the expected breakeven, which considers covering variable costs, total costs and maybe even allows some room for profit. Buyers and sellers start with the open market price. Then they negotiate based on quality and quantity of replacements at a given time and place.

Differing profit expectations drive price fluctuations above and below some market price level. Some producers may put the greatest weight on the current or most recent market. Others may consider the calf or replacement market one or two years down the road, when the first calves will be ready to sell. Some may have an even longer horizon and consider expected value of the calves produced over the life of the cow.

No official standards for replacement cattle exist. The physical presence of a market reporter at an auction is crucial. Being there allows reporters to not only have a better opportunity to evaluate the replacements, but also allows reporters to witness and converse with the trade to gain a better understanding of the market that day. Sometimes market reporters use terms such as “fancy” or “plain” to describe the quality of replacements sold (cattle are assumed to be of average quality, unless otherwise stated). Selling conditions may also involve herd sellout or reputation cattle.

Market News Service reporters evaluate replacement cattle for frame size and muscling, which is the same basis as evaluating feeder cattle. Reporters incorporate other factors such as the number of months pregnant and animal age into reports to explain prices. Pregnancy stage is either open or listed by trimester. Young cows are 4 years old or less and have had at least one calf, middle-aged cows are 5 to 8 years old and aged cows are more than 8 years old.

In November, the Nebraska auction price of medium and large No. 1 bred heifers, less than 2 years of age and 4 to 6 months pregnant, averaged $1,744. Prices are in dollars per head. The same type of heifers but 7 to 9 months pregnant averaged $1,811.

USDA AMS Market News Service also reports on the Superior Livestock Video-Internet Auction. For the sale on Dec. 1, and for transactions from the North Central region (Colorado, Iowa, Montana, North Dakota, Nebraska, South Dakota and Wyoming), medium and large No. 1 bred heifers that were less than 2 years old and 4 to 6 months pregnant brought $2,035 on average, with a range of $1,875 to $2,100. Bred cows, 2 to 4 years old and 7 to 9 months pregnant, averaged $1,975.

In general, bred heifers and 2- to 4-year-old cows have the highest value. Middle-aged, bred cows hold their value fairly well. Bred heifer and bred cow values typically rise the farther along they are in pregnancy.

In November, heifers bred to calve in spring 2023 sold at 1.71 times the value of 500- to 600-pound heifers. This is the lowest this ratio has been in the last four Novembers. The ratio can spike during expansion years.

In November 2014, bred heifers reached $3,250. Some sold for even higher amounts, usually based on genetics. In November 2014, the combined Nebraska auction price of 500- to 600-pound, medium and large No. 1 heifers averaged $270 per cwt. Thus, bred heifers were worth 2.19 times the value of heifer calves. Given where bred heifer values are currently, and where they could be going, they may be presently undervalued a bit.

Producers respond to profits, not prices. Once producers get the profit signal to expand (as in 2014), it takes two years (one year, if buying bred heifers) from the time producers hold back additional heifer calves or buy heifer calves to produce calves to market.

Investing in older cows can sometimes earn a quicker payoff. Producers should be asking themselves if an opportunity exists to get ahead of the imminent major run on replacement females. Open market availability and price can be issues when the full-fledged longs are in the market looking to rapidly build their cow herds.

By 2014, one of the longest and most severe liquidation phases on record had slashed the U.S. beef cow herd to its lowest level since 1962. Fewer producers cut calf crops, which tightened cattle and beef supplies. The combination of tight supplies and strong beef demand initiated a period of unprecedented profitability for the cow-calf industry. Cow-calf returns for 2014 and 2015 exceed $500 per cow and $300 per cow, respectively, according to the Livestock Marketing Information Center. Prior to this, annual returns over cash costs greater than $100 per cow were characterized as very favorable years.

In 2014, producers were holding back or buying heifers, which should have probably gone onto the feedlot. Profit levels led to producers feeling like they needed to grow the cow herd overnight. Heifer quality was an afterthought. The current situation is the opposite.

Replacement cattle are sometimes quoted on feeder cattle market reports. Heifers advertised as “replacement quality” and selling at an obvious premium to other similar heifers are omitted from the weighted average for a particular weight, and reported strictly as “replacements.” Replacement heifer calves bring more than comparable feeder heifers. For example, recent Iowa auction summary reports included 600- to 700-pound medium and large No. 1 replacement heifers valued at $175 per cwt, some $15 per cwt more than comparable feeder heifers. This translates to about $100 more per head.