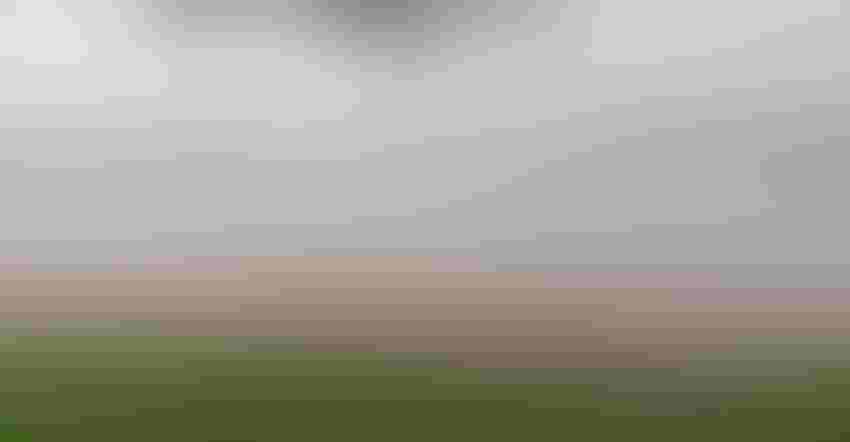 The early May weekend rain that inundated much of South Texas was both blessing and curse, depending on geography.

For farmers in the Corpus Christi area, the 2 inches of rain was a godsend. “This was a million-dollar rain for Nueces and San Patricio counties,” says Josh Mcginty, Texas A&M AgriLife Extension specialist, Corpus Christi.

On the flip side, Clyde Crumley, an independent crop consultant in El Campo, says many of his cotton clients were hard hit. 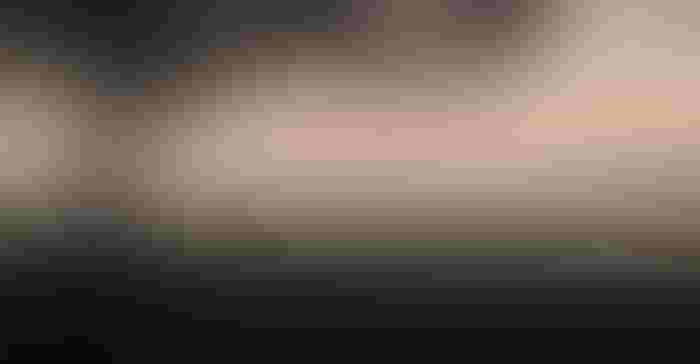 Flooded cotton field near Pierce, Texas. This latest rain described as a blessing and a curse. (Photo by Benamin Crumley)

“In the 13 years since I’ve been in this area, this has been the hardest start I’ve seen,” Crumley says. “Early on, we had a combination of unusually cold weather and dry conditions. Cotton farmers wanted to get the crop up. Some fared well; some did not. Stand problems were mostly weather-related.”

He says most growers “muddled through and got a lot planted. It was a hodgepodge of planting dates, and a lot planted into dry soils, cold and dry.”

He said results include poor stands they usually don’t see. Planting-time drought was also a factor. “We were seeing deep cracks in the soil early in the season.”

This latest rain, he said, was “a blessing and a curse all at once.  It started at the beginning of the weekend (April 30-May 2). It stopped on Monday (May 3) and moved off to the East.

Crumley says in many places, rain gauges overflowed. “One gauge at my house tops out at 5 inches. I had two more inches after that.”

Crumley says the highest number he’s seen in his area is 9 inches. “The least is about 6.  We see some uncertainty. The TV stations are reporting as much as 10 inches.”

He says whether the accurate measurement is 6 inches or 10, the area got a lot of rain. “Some folks are asking, after 6 inches, what difference does it make?”

Crumley says Benjamin reports that in his area he can’t get a four-wheeler into many fields. “He’s seeing a lot of flooding, no bridges out, but high water has moved into fields along the rivers.”

Too early to assess

Assessing damage this early is hard, he adds. “We have no accurate assessment of the number of acres affected. It’s still early to evaluate a lot of the cotton acreage. We just have to wait and see. We’re just starting to get after it.”

Crumley says the Coastal Bend area typically gets 46 inches of annual rainfall. Timing is always an issue. “It’s not out of the ordinary to get a 5- or 6-inch rain.”

Cotton farmers may have been the hardest hit. “Corn loves it,” he says. “We had outstanding corn yields last year and are hoping for another good year.”

He says most of his clients are diversified with cotton, corn, and some grain sorghum. “We don’t scout corn a lot.”

He expects cotton acreage in the area will be close to last year’s planting, “maybe a little bit more.” Corn will maintain acreage as well. “Corn prices have been good. It did well last year, and the price is good so far this year. Will it stay up? I’m not an economist, but for now, it looks good.” He says sorghum acreage likely will be off from last year.

Crumley says the system that dropped rain on his area seems to have been fairly heavy as far west as Victoria and east to Houston. He says a drive west shows some flooded fields.

“I imagine most of the cotton up there is around 4 to 6 leaf. A lot of growers in that area plant on raised beds, which will help with aeration as those field drain off.”

He says recent visits to that area indicate fields have mostly drained “as of this morning (May4). Cotton doesn’t like wet feet and will turn yellow for a few days, but I expect it to recover quickly.”

The rain in Nueces County was not heavy enough to cause serious crop damage and was timely.

“In the Corpus area, we didn’t receive enough to be a problem,” Mcginty says. “We recorded close to 2 inches at our research station in central Nueces County. Close to the gulf, totals are close to 4 inches.

“It was a slow rain for the most part, and I’ve not seen much standing water.”

That’s a money-making rain for growers who started dry.

“We had a good rain Friday and Saturday (April 30, May 1),” says Webb Wallace executive director, Cotton and Grain Producers of the Lower Rio Grande Valley. The area missed the torrential rain that hit the Coastal Bend areas.

“We had been in a bad drought. About one-third of the dryland cotton has already been abandoned for insurance,” Wallace says. “We had another rain about two weeks ago that helped grain sorghum.”

He says much of the abandoned cotton acreage will go to “uninsured grain. Grain sorghum offers a pretty good price.”

“Grain is doing okay. We had some skippy stands because of the drought but we caught a good rain and most looks good now.”

“I just hope we get back to an average year,” Wallace says. “We don’t know what a ‘normal’ year would be.”