This week there were female specials all over the country, so this week’s post will be a female special as well. I am going to use some material I got from friend, mentor and marketing school instructor, Wally Olson.

Wally has a great slide where he has a real-world comparison of a conventional cow calf operation against one he labeled a high turnover operation.

The conventional operation is one that keeps a few of their open heifers back to replace the cull cows they shipped off. These operations have so many cows of each age from heifers, on up to 10 plus. They are the people that think they got one crack at the market to get that one paycheck a year, since they only have one calf crop to sell.

They also have the mentality that a cow has her whole life, or ten years, to pay for herself.  In my own words they are in the business of trying to make old cows. I say trying because if we are honest not many cows will make it to ten years. They get culled for injury, disposition, coming up open, or losing a calf. If we use the theory of having ten years to pay for herself, many cows will never accomplish their goal

In the high turnover herd they got rid of all cows over the age of five, and kept twice as many replacement heifers. This program sells off the momma cows at age five, heifers that didn’t get bred, and the steer calves. They also rebreed, and then sell cows that come up open.

The high turnover herd’s inventory valuation (cattle only) increased 6%over the traditional way.  That doesn’t sound like much but by keeping the open heifers back they are keeping the undervalued females and adding value to them and that shows up when we compare gross sales.

The high turnover herd improved their gross sales by 44% over the traditional way. This is accomplished by adding value to the open heifers by breeding them, and by marketing over valued mature cows (selling them at five years of age). A good five-year-old cow is worth a heck of a lot more in the market than an old weigh cow or feeder heifer. By marketing this way they accomplish two things.  One is they sell the overvalued animal and get a much bigger paycheck; and two they are deflecting the depreciation expense of making old cows.

Wally called the second program high turnover because they are selling the cows sooner, or at a younger age. The high turnover program actually sells fewer animals than the conventional program, which really makes that 44% gross increase stand out even more. One way to increase your profit is to increase your gross margin. This marketing concept accomplishes that.

Another thing to note is that by reducing the number of larger mature cows and keeping the smaller younger replacement heifers they increased the number of animals they could run on that ranch. This is managing the inventory triangle of feed, money, and animals well. Since the younger smaller animals eat less than the bigger mature ones they stretched their feed budget. They also do a better job of capturing the value of their grass by having animals appreciating in value consume the feed rather than mature animals that are depreciation in value.

I am sometimes asked what depreciation looks like. My knee-jerk reaction is to say “rust.” Depreciation is easy to spot on a pickup. Rust, dents, miles on the odometer and that kind of thing. Sometimes it’s easy to spot on cows too, some simply look old and are in poor condition. Some have a bad udder, or toes. But what about the one that looks good? She’s in good flesh and doesn’t appear to be very old. A veterinarian at the sale barn can shear a bunch of value off her by noting she has lost a couple teeth. With a pickup in mint condition it's easier, the body style gives away the age.

The conventional cow calf operation misses how depreciation expense is hurting them because they have the paradigm that the cow has her whole life to pay for herself. Therefore they never bother to shine any light on it and depreciation does its thing from the shadows.

Here’s an example. A five year old bred-cow is the most over-valued female (currently this changes by area, this is only an example). Let’s say she is worth $1,500. This operation culls their cows at age ten, and cull cows are worth $900. That’s a difference of $600. Divide that by five years and we get $120 per year. That $120 depreciation expense is charged to each calf she produces after the age of five, since that is when the depreciation begins to take place. This is what depreciation looks like. It’s hard to see because we don’t write a check for it. It's easy to ignore.

Wally has come up with a simple way to spot over valued females. He calls it the “cow bell curve.” On the left-hand side of a piece of paper he begins with an open heifer of 550 pounds,  and let’s say she’s worth $800. From our example above the 5-year old cow was the most over-valued at $1,500. On that piece of paper put her in the middle of the page and a couple inches higher than the 550-pound heifer. Then on the right-hand side he places the cull cows, which from the example above was $900. So he places her even across the page with the feeder heifer.

A simple cow bell curve from the example above looks like this: 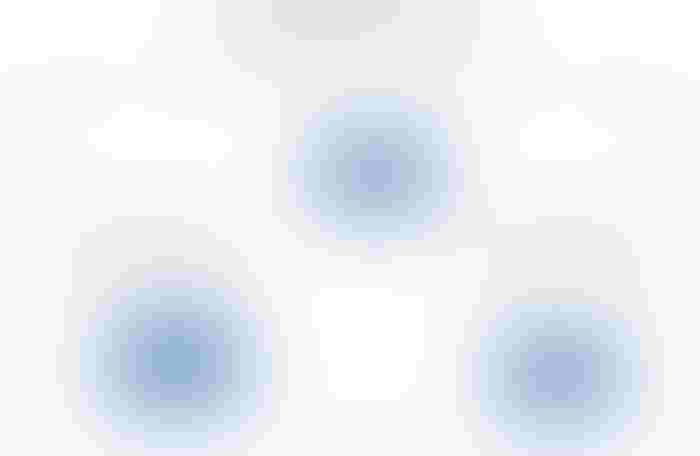 Nothing simple about female markets

When I decided to do this female special I thought it would be simple. Just spot the trend and point it out. The market didn’t make it that simple. I was watching sales around the country and there were two trends. The trends are a mirrored image of the drought monitor map.

In the dry areas I noticed that eight-weight feeder heifers were worth more than young breeding females. Then the 5-year old females rise above that threshold. My thought was these females are proven and can handle the drier conditions. I called Wally since he lives closer to the dry area than I do and he informed me there is more supply of females than there is demand. The people who want to buy these young females can have all they want.

In these areas the market tells me we would be devaluing heifers by breeding them. More bad news is that there is not much appreciation value to be captured right now. The good news is there is little depreciation across the board. The bell curve in these areas is fairly flat.

Make your own decisions

This is not a recommendation to avoid breeding females. That is a decision you must make for yourself.  What I am pointing out is that dry conditions are affecting the market. It always amazes me how one good rain can send the market soaring, even though conditions don’t improve immediately. As of this writing I do not know what hay is selling for in these areas. I can assume its high, and to me the cows look cheap. So it would be a waste of money to devalue high cost feed, by feeding it to cheap animals that are not appreciating in value now.

In areas that are not currently in a drought stage females were much higher priced. And the farther into these areas you go the higher the price. The top of the bell curve was the first calf heifer pair. There was appreciation value to be captured by turning an open heifer into a pair.

Having big calves at side added $500 over bred cows. Stage of pregnancy didn’t seem to affect the price of bred females. To most people if she hasn’t calved by now, she is late. Body condition of the cow had more to do with her value than how far along she was. Fat is a pretty color on cows.

There was a steady depreciation of $100 per year of age all the way through the spectrum.