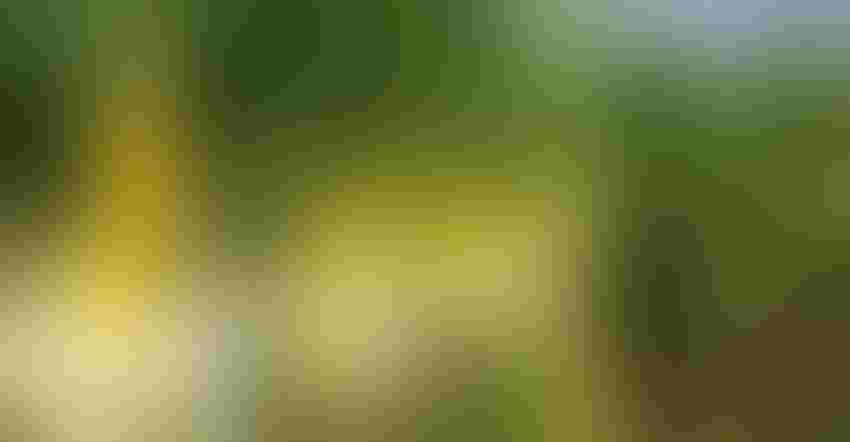 Most of the U.S. corn crop isn’t out of the ground yet and the key pollination window is a month or two away. So, while it’s admittedly way too early to be forecasting yields, the puzzle pieces pointing to the size of this year’s harvest are starting to fall into place after an important milestone this week.

USDA Monday reported 80% of the crop was planted nationally as of Sunday, May 16, 12% more than the five-year average. The number was in line with the pace traders like to see by mid-May, and suggests average or better yields are possible with normal weather this summer.

USDA currently pegs a “normal” crop at 179.5 bushels per acre, based on a model that looks at July weather, June stress, and mid-May planting progress in eight states: Illinois, Iowa, Indiana, Nebraska, Ohio, Minnesota, South Dakota and Kansas. This model, which uses data back to the 1988 drought year, originally figured in Missouri. But Kansas is now included instead after increases in acreage there. Variables used in the multiple regression analysis are weighted according to each state’s percentage of harvested acreage. Planting progress reported historically is adjusted to reflect an estimate of how much was in the ground as of May 15.

Based on this methodology, the weighted average eight-state planting progress on May 15 was 80.8%, compared to the long-term average of 71.1%. With average rainfall and temperatures, this boosts the so-called weather adjusted trend yield to 180.9 bpa.

While planting is one variable, it’s not a big factor most years. July temperatures and stress on the crop during June from either too much or too little moisture are more important. July rainfall also plays a role, but isn’t key unless variance is extreme.

So what do we know about the prospects for weather this summer? The National Weather Service releases its updated outlooks for June and the rest of the summer May 20. Maps from one model already call for above normal temperatures over much of the Corn Belt in July with below average moisture forecast from North Texas into western Ohio.

Most of the eight key states were dry at the beginning of May according to the crop stress index, but moisture shortages weren’t severe by any means. Still, the latest Drought Monitor put 24% of the corn crop in an area experiencing at least some type of drought. That compares to just 3% a year ago. Moisture concerns are forecast to expand east from June to July though they still wouldn’t be large.

Based on these forecasts the updated weather model is a little less optimistic, but still points to slightly above “normal” yields of 180 bpa.

The extent of threats that emerge in coming weeks could jump start rallies after the market’s pullback in the wake of USDA’s May 12 WASDE report. The bottom line of that publication: projected stocks left over at the end of the marketing year Aug. 31, 2022, wasn’t as bullish as some traders expected, though it doesn’t leave much room for weather losses either, putting carryout at just a 37-day supply.

Years of tight projected supplies in these May WASDE reports don’t normally produce bigger summer and fall rallies, however, with their average only slightly higher than the typical June-November gains compared to the spring low, which this year so far is $4.495. December futures far exceeded this 24% benchmark of $5.58 with its recent rally, coming just three cents from the next objective for this analysis at $6.41. If the market can overtake that obstacle, its next target is all the way to $7.45, which is just a penny away from the April high on the nearby corn chart.

Barring very bullish news about demand or less than expected acreage reported June 30, such a move by new crop likely would take at least a significant weather threat.

That’s why I also like to include Vegetation Health Index data and condition ratings put out in weekly crop progress reports as other variables in my projections. These weekly updates will show whether the crop’s potential is living up to the way-too-early forecast.