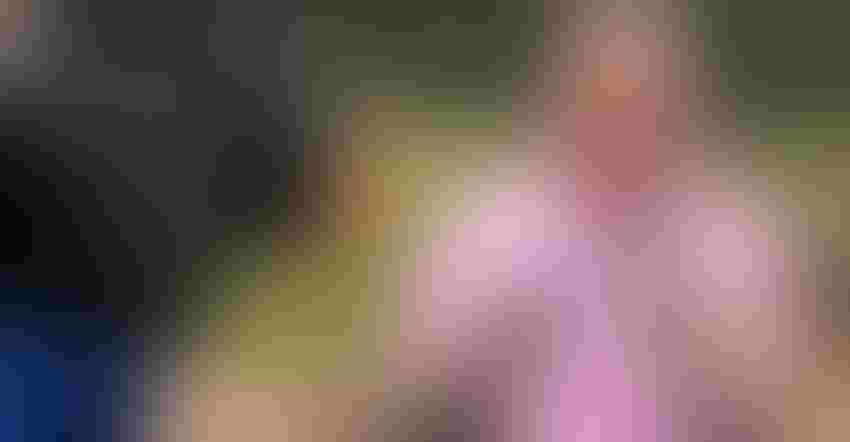 TRADE QUESTIONS: Secretary of Agriculture Sonny Perdue talks with media following the Sunbelt Farmer of the Year luncheon. He is optimistic the market will move with expanded trade with China.

When it comes to trade, Secretary of Agriculture Sonny Perdue knows the big driver: “We’re so productive that we grow more than we can eat so we’ve got to sell it,” he commented during a media briefing at the Sunbelt Ag Expo in Moultrie, Ga.

Top of the trade agenda is the U.S. Mexico Canada Agreement, which is awaiting action in Congress. Lately the administration has been pushing to get movement on the agreement and Perdue offered his thoughts. “Hopefully these…political distractions in DC won’t detract from the need to get the people’s business done,” he said, referencing House moves on impeachment which to many appear to have pushed key issues off the table.

Perdue noted the announcement recently showing progress in the China trade talks as well as the Japan agreement announcement “gives us the momentum and indicates that we need to get this finished, because trade is important.”

Perdue noted that the announcement on talks with China was “pretty tremendous; again the I’s and T’s need to be dotted. We expect to do that by the time the President arrives in Chile in three weeks.”

He noted that the issue with China has been enforceability and whether the country’s leaders will do what they’ve committed to do. “And we’re hopeful they will,” Perdue added. “The president has been really strong insisting that it can’t be an agreement in name only. It can’t just be a promise unfulfilled. That’s why we’ve been 18 months in this.”

He shared that the key is that China does what it says it will do from intellectual property to biosecurity. “We need to make sure the agreement says what we each will do and while we each can benefit from this agreement, I’m hopeful we can get that done.”

Perdue noted that farmers eligible for individual disaster payments who signed up beginning in September should see money by Oct. 18. Perdue explained that there were some rules with the Office of Management and Budget that held up the payments, but those have been overcome.

In addition, block grants are being made available for non-traditional crops and livestock, including timber and facilities. For that, Perdue says the programs will be distributed through the states and “we’re still working with the states on what can be covered, what can’t and the amount of money.”

Perdue is optimistic that the market will move with news of expanding trade with China, given recent announcements, which would limit the need for another payment. “I’m optimistic that we should see a market rise in these prices after the China deal,” he said. “Once we get that papered and assured. Really the scope of this, when we’re talking about China doubling their purchases of ag products, if that doesn’t move the market, I don’t know what will.”

He noted that the doubling of imports to China would be over a two-year period, but added that he believes the Chinese will uphold their intent to make those purchases.

“We’ll see how that happens in relationship to the Market Facilitation Program,” he said.