A look into the future and how it may impact your farm's management style. 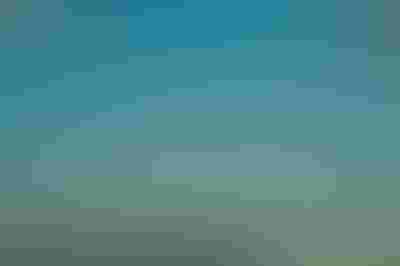 The New Year has arrived!  To kick it off, let’s examine some factors that could impact decisions in 2017and beyond for the agriculture industry.

Within three years, the millennial generation, ages 18 to 34, will be 50 percent of the workforce, and 75 percent of the employment rate by 2025. The rise of this generation will bring accelerated change in politics, consumers and the wo

The first 100 days of the new administration will be interesting ones to observe. The details of proposed policies and programs on topics such as, taxation, healthcare, regulation, and other aspects of business will be critical to the growth of the economy. One of the foremost issues for agriculture is trade.  Specifically, action on NAFTA and immigration could be major game-changes for the industry. There are a lot of questions about Donald Trump’s Presidency and only time will tell if he will become popular, but marginalized by media and established institutions like Governors Ventura or Schwarzenegger, or if he can implement positive change.

Internationally, maintain a close watch on political events in Europe and Asia.  Specifically, elections in France and Germany could determine the direction of the Euro and European Union, which will impact on the value of the U.S. dollar. Will China fill the void created by the populist stance of the U.S., Europe and other economies?   Countries will jockey for positions economically, politically and militarily, which will largely define world direction for the next decade.

If economic growth in the U.S. moves toward 3 to 4 percent, inflation and interest rates will likely increase as well.  In your financial and business planning, make a plan for interest rate sensitivity.   The government, consumers and many businesses are overburdened with debt which could lead to a decrease of available credit in a high interest rate environment.

As always, weather will be a variable to watch closely, but specifically as a mover of commodity prices. For example, the weather in the first 90 days of South America’s growing and harvest season will be important.  Further, the impact of a weak La Niña system must be factored into a proactive marketing and risk management program, especially for the Northern Hemisphere Grain Belt.  If you are not already, consider following weather trends and forecasting.  Dr. Eric Snodgrass, a meteorologist with University of Illinois provides useful information outlining weather’s impact on the economy.

The old economic bellwethers of oil and copper should remain on the radar screen for 2017.  Both commodities are correlated to economic growth, inflation, as well as overall interest rates. The recent rise in copper prices may foretell possible inflation and growth of the world economy. Next, this year will be transformative concerning consumer trends and methods of farming. Factors such as GMO, NGOs (non-government organizations), animal welfare, food safety, and social activism will shape agriculture at least into the year 2025.

While many of these issues are difficult or impossible to control, the key is to develop a management strategy for the elements you can control.  Good and sound financial and business principles, disciplined marketing and risk management, and a proactive rather than reactive approach, will continue to bode well for 2017 and beyond.