&bull; The drought of 2011 will have a lasting impact on Texas agriculture.&bull; This drought is ongoing.&bull; Further losses will continue if rainfall does not come soon to establish this year&rsquo;s winter wheat crop and wheat grazing.&bull; The $5.2 billion in losses exceeds the previous record of $4.1 billion during the 2006 drought. 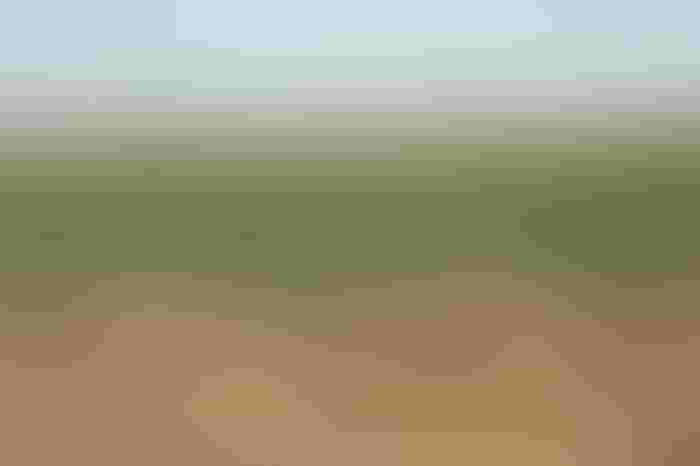 The historic Texas drought has led to a record $5.2 billion in agricultural losses, making it the most costly drought on record, according to Texas AgriLife Extension Service economists.

“The drought of 2011 will have a lasting impact on Texas agriculture,” said Travis Miller, AgriLife Extension agronomist and a member of the Governor¹s Drought Preparedness Council.

The $5.2 billion in losses exceeds the previous record of $4.1 billion during the 2006 drought. “The losses also represent 27.7 percent of the average value of agricultural production over the last four years,” Anderson said.

The current drought losses have reached record levels in large part due to Texas farmers failing to cash in crops during times of high commodity prices, economists said. The state’s cattle producers continue to cull herds at historic levels and spend money on expensive supplemental feed.

The following are losses by commodity:

“In that regard, these estimates are considered conservative,” Anderson said.

The $5.2 billion total released Wednesday takes into account $1.2 billion in drought losses previously reported by AgriLife Extension in May, which were primarily livestock-related losses due to added supplemental costs and lost grazing.

“The drought began for much of the state in September 2010,” Miller said.

“Much of the Gulf Coast, central, west Texas and the High Plains had seen abundant moisture in the summer from Tropical Storm Hermine and other rainfall events. An unusually strong La Niña pattern moved into place in the fall of 2010, which had an impact comparable to turning off the ‘rainfall switch’ for most of Texas and surrounding states.”

“The drought, coupled with prolonged high winds and record temperatures were enormously destructive to Texas agriculture and natural resources,” he said.

“The summer rains caused grass growth, which provided fuel for an unprecedented fire season, with more than 3.3 million acres of Texas ravaged by wildfire.

“This destructive climatic pattern has taken a huge toll on crops and forages, and the timing could not have been worse for Texas producers, as all of the major agricultural commodities are enjoying strong prices.²

Combined losses for wheat, corn and sorghum grain farmers in Texas due to drought are more than $600 million. Mark Welch, AgriLife Extension grains economist, said Texas wheat production in 2011 is about half what it would have been in a normal year.

“Wheat yields were down from a five-year average of 30 bushels to 26 bushels per acre and abandonment was up,” he said.

“Given this year’s plantings of 5.7 million acres, we would have harvested 2.8 million in a normal year. In 2011, harvested acreage is estimated at only 2 million acres, down 800,000 acres. The combination of yield losses on harvested acres and higher abandonment put Texas wheat-for-grain losses at $243 million.”

Texas corn production is estimated to be down about 30 percent in 2011, Welch said, with harvested acres down 16 percent due to higher abandonment rates.

“Yields are down 16 percent statewide,” he said. “Highlighting the severity of this year’s heat and dry conditions is that the most severe yield losses are seen in the irrigated corn grown in the Panhandle. The average corn yield in the northern High Plains is estimated at 165 bushels per acre compared to a five-year average of 205 bushels, down 40 bushels per acre. Yield losses and abandonment will cost Texas corn producers about $327 million in 2011.”

Grain sorghum production in Texas, according to Welch, is expected to be about half of normal in 2011. The 1.6 million acres planted this spring marked the lowest in Texas history.

“Then drought lowered yields and raised abandonment rates,” he said. “The drought estimates for sorghum being reported are based only on the yield and harvested acreage estimates from U.S. Department of Agriculture. This totals about $63 million.”

Robinson said in August USDA projected “a relatively low average cotton yield of 636 pounds per harvested acre, in addition to a historically high abandonment of 52 percent.”

“Applied to USDA’s measure of 7.1 million planted cotton acres in Texas, and valued at their projected price of 95 cents per pound, this loss adds up to $1.8 billion.

“That $1.8 billion is also the 10-year average total value of cotton lint and cottonseed production in Texas. So, Texas cotton growers lost as much market income in 2011 as they would normally make for an entire cotton crop.”

“Perhaps the most telling thing about the 2011 drought was that even irrigated farmers were not spared,” Miller said. “While most Texas irrigation systems work well in normal or even below normal rainfall, many irrigators found that water supplies were not able to provide all the water requirements of the crop in the absence of any rain and excessive heat.

“By mid-July, farmers began to try to stop (economic) losses, dedicating all of their water supplies to a reduced amount of acres as water demand from the crops was higher than their ability to supply it.”

The following is a list of economic drought losses from 1998 through 2011 compiled by AgriLife Extension economists: