&bull; The activities for Young Farmers planned for that day include a barbeque pork-cooking contest, a horseshoe pitching tournament, and a dinner with entertainment and valuable door prizes.&nbsp; 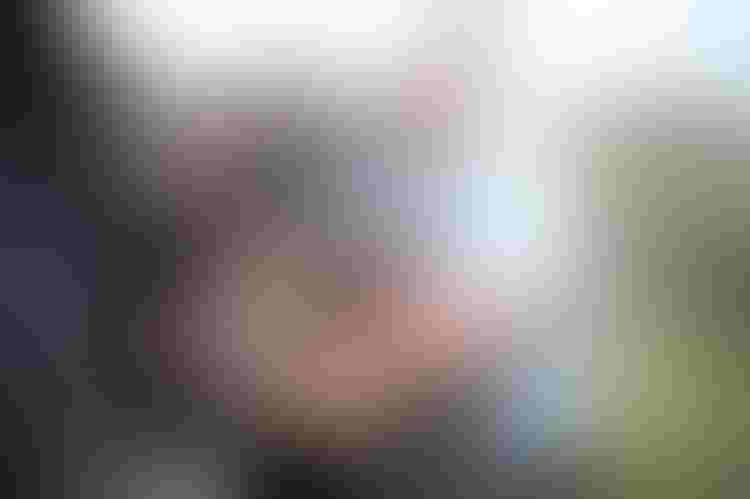 Young Farmer members and their families are invited to attend the Sunbelt Expo on Wednesday, Oct. 17, for an array of special activities planned in their honor.

The Sunbelt Expo has had a long tradition starting in 1988 of welcoming Young Farmers and their families to the show.

The activities for Young Farmers planned for that day include a barbeque pork-cooking contest, a horseshoe pitching tournament, and a dinner with entertainment and valuable door prizes.

The barbeque cooking and the horseshoe tournament will take place Wednesday morning in a grassed area between the Expo’s farm shop and the equipment staging area for the harvesting and tillage field demonstrations. This area is just to the rear of exhibit blocks WC-10 and WC-11 in the western section of the exhibit grounds.

During the 2012 Sunbelt Expo, the Young Farmer chapter from Seminole County, Ga., will be defending its title as the champion barbeque team for the fourth consecutive year.

In fact, the Seminole County Young Farmers, under the direction of their advisor Mike Casey, have won the Que Fest pork barbeque competition during five of the past 11 years. Longtime members of the Seminole County championship barbeque team include Randy Earnest, Emerson Skipper and Stan Deal.

The barbeque entries are judged based on their appearance, tenderness, flavor and overall impression. The barbeque this year will be once again judged by enlisted airmen from Moody Air Force Base along with this year’s overall winner of the Swisher Sweets/Sunbelt Expo Southeastern Farmer of the Year award.

The horseshoe pitching tournament was won last year for the second consecutive year by a Shane Arnold and Jason Bradley who represented Tattnall County Young Farmers. They had previously won the horseshoe tournament in 2008.

The horseshoe pitching tournament will begin on Wednesday, Oct. 17, at 10 a.m. The Que Fest judging will take place at 2 p.m. that same day. These activities will take place in an area adjacent to the cooking site.

This is the 18th year for the annual horseshoe pitching tournament and the 21st year for the Que Fest pork cookoff contest.

Que Fest prizes include $1,200 plus a trophy to the first place chapter, $700 to the second place chapter, $600 for third place, $300 for fourth placed, $250 for fifth place and $200 for sixth place. Prizes awarded to Young Farmer chapters for the horseshoe tournament include $500 plus a trophy for first place, $300 for second place and $200 for third place.

The annual Young Farmer Event will again take place at the Maule Airplane hangar. It starts at 5:30 p.m. on Wednesday, Oct. 17. The Maule hangar is located south of the exhibits in the western section of the Expo exhibit grounds.

The Young Farmer Event this year will once again feature The Springs and valuable door prizes, along with the announcements of this year’s winners of the Que Fest, horseshoe pitching tournament and Terrell Weeks Spirit of Que Fest award.

Top door prize will be a cash award of $1,500 from Kelley Manufacturing Co. Other door prizes include a $250 gift certificate from Titan/Goodyear. Miller Electric and Airgas Tifton will provide a Thunderbolt AC/DC stick welder. Also, Kubota Tractor Co., will provide a door prize valued at $250.

Entertainment for the Young Farmer Event will be provided by The Springs. The members of this group are noted for their country music performances and their start as musicians when they were members of the FFA in Alabama. The band consists of five young men from South Alabama who have performed throughout the U.S. Their appearance at Expo is being sponsored for the second consecutive year by the Georgia Farm Credit Associations.

The Springs will also present three to five concerts each day at Expo in the Georgia Farm Credit Associations building at location B-9 of the exhibit grounds.