&bull; As irrigated cotton acres continue to increase in the Southeast, growers are looking for the most efficient method of watering their crop, and they want to know how the cost of drip irrigation compares to the tried-and-true center pivot system. 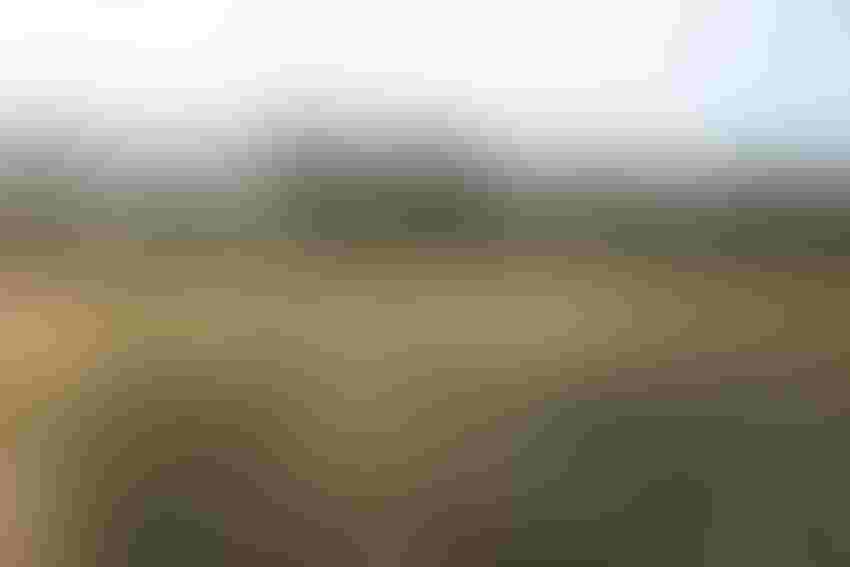 <p> <em><strong>COTTON PRODUCERS IN the Southeast are exploring subsurface drip irrigation as a viable option for watering their crops more efficiently. </strong></em></p>

As with most innovations in farming, the bottom line in determining whether or not to adopt is cost, and subsurface drip irrigation has proven no different.

As irrigated acres continue to increase in the Southeast, growers are looking for the most efficient method, and they want to know how the cost of drip irrigation compares to the tried-and-true center pivot system.

Answering this question is the focus of research begun in 2010 by the University of Georgia.

“About 40 percent of Georgia’s cotton acreage is irrigated, and most of that is entirely under center pivots, but we have increasing interest in subsurface drip irrigation,” says Don Shurley, UGA Extension economist.

“Producers have questions about cost comparisons with center pivot systems, and we’ll eventually get answers to those questions.”

More specifically, says Shurley, growers want do know where and how does drip irrigation fit into their operations. There are many factors to consider, including crop rotations, row spacing and tillage, he adds.

For example, in southwest Georgia, most cotton and peanuts are on 36-inch rows and corn will be on 30-inch rows or 36-inch. If you go to the east part of Georgia, a lot of the row crops are still on 38-inch rows.

“Depending on your crops and your crop rotations, where do you set your drip tape spacings? How does it match up with your crop and your rotations?”

Reliability of application is another factor, he says. “When you turn on a pivot, after a few minutes, everything is wet. When you have drip tape, you’re not sure the water is getting to the crop. I know this sounds silly, but farmers need to know that water is getting to where it needs to be, especially if you’ve got the tape set up every other row. If you’ve got 36-inch rows, you might have tape set every 6 feet.”

There also are implications for tillage, says Shurley.

GPS system a must

“What are the implications of the depth of your drip tape in terms of tillage? For certain, you have to be committed to a GPS auto-steer system and reduced tillage to insure that you don’t rip up the tape,” he says.

From an economic perspective, says Shurley, common sense would tell you that drip irrigation fits best in small, irregular fields where you can’t place a pivot.

“Rather than having a pivot, since you can’t go a full circle, maybe you could use drip there.

There also are non-irrigated fields that are irregularly shaped. If you put out a pivot, there will be areas of the field that remain without water. Maybe drip could be used in those areas with a pivot. It sounds simple enough, but it’s not.”

The UGA research began two years ago, but Shurley’s results are from 2011 because that was the first full year of drip trials.

“We’ve have 16 treatments that are subsurface drip at two depths — shallow and deep — planting two varieties. We had four different ways of determining when to water, how much to apply, and how much water to apply once it was triggered. Each treatment was replicated six times. With our center pivot comparison, we had two varieties and two application amounts and four treatments.”

“Average yields from one year of all applications show no difference in the treatments between center pivot irrigation and drip, says Shurley.

“It shows that drip can get the water out there and keep yields at the same or near the same as with a center pivot. That’s good in terms of the confidence factor.

“The other thing we saw, and it was not significantly different, was that the drip tape set at a shallow level tended to yield more than the deep-set tape, but it’s not a statistical difference.”

There are several economic conclusions that can be drawn from this one year of research, says Shurley.

“No. 1, drip can yield as well as center-pivot irrigation. Secondly, the shallow yields tended to be higher than the deep, but they were not statistically different.

“Another important factor is that drip can possibly yield as well as center pivot, but with less water. Because if the checkbook method calls for an inch of water, and you put 1 inch out there, the crop isn’t getting all of that water. Center-pivot irrigation only has 60-percent application efficiency.

“If the recommendation calls for an inch, maybe you should be putting out 1.5 inches.”

With drip, says Shurley, you can put out water slowly over the course of a day, and if you put out an inch, you can be pretty sure that 1 inch will get to the plant.

“I met with an irrigation dealer, and we agreed on three typical scenarios where farmers might want to consider drip irrigation. Then, the dealer calculated how much it would cost to put a pivot in a situation and/or a drip in that situation.”

“Fixed costs on that system are $132. “Example 2 is a 48-acre field, and we put in a pivot that’ll cover 37 acres, in which case I’d leave 11 acres not irrigated. As an option, I could just forget the pivot and put subsurface drip on the entire 48 acres.

“For example 3, we have three small fields that are adjacent, and we’re putting subsurface drip on all three for a total of 38 acres. That would cost $56,000 with a total fixed cost of $118 per acre.”

Assumptions for the economic analysis, he explains, include a 450-pound yield difference between irrigated and non-irrigated cotton; no yield differences between center-pivot and subsurface drip; and no differences in fiber quality, although this may change in future research, says Shurley.

Pivot irrigation, he says, is 81 percent as efficient as drip, so a 1-inch requirement in pivot would be .81 inch in subsurface drip.

“Secondly, every farm situation is different. If farmers are thinking about putting in a drip system, they need to look at their unique situation and see what the costs will be.

“Thirdly, economies of scale can be achieved, but every situation is different. Management is very important, knowing when to water, how much to water, and when to cut it off.

“Lastly, you have to be committed to GPS/autosteer — you need to know where your tape is and stay off of it. Also, you need a tillage system and row spacing that will work with drip irrigation.”