Two farmers use poultry litter to discourage wildlife from eating their soybean fields and dicamba to help keep pigweeds out. 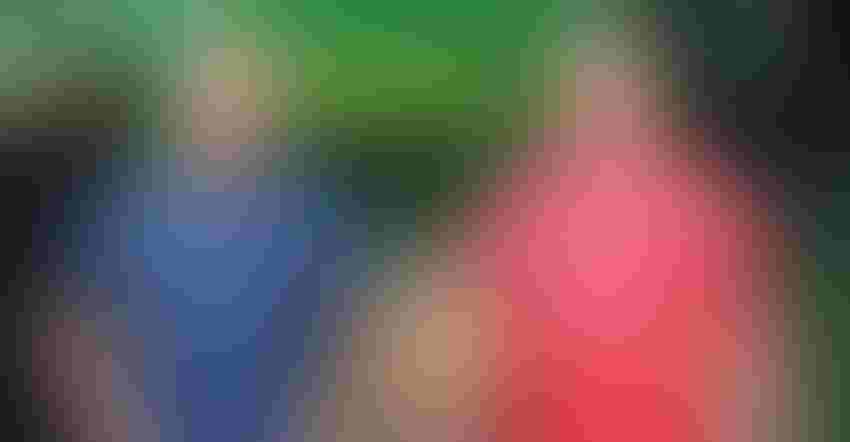 From left, Rodney and Larry DeLoach are soybean and corn farmers from Holcomb, Miss.Alaina Dismukes

Larry and Rodney DeLoach, from Holcomb, Miss., use poultry litter to keep deer and hogs out of their soybean fields. Two rounds of dicamba help to keep pigweeds at bay.

Larry DeLoach said animal pests have been minimal for him the past couple of years. This might be thanks to the poultry litter he puts out to prevent deer and hogs from eating his soybean crop.

"Another farmer told me to try chicken litter to keep the deer out," DeLoach said. "Most of the sprays to keep deer out are expensive, and I've heard they don’t always work or last long enough."

The strong smell deters animals from getting near the crop.

"Right when you plant your soybeans and they start to come up is when they're most vulnerable," he said. "When they come out of the ground, they only have two leaves. If the deer hit them at that point, they eat the leaves, and it kills the plant because they have no way of absorbing sunlight.

"I put the chicken litter out a few days before planting or even wait until the plants are just about to poke their head out of the ground. You have a small window of when they're coming out of the ground up until they start to put a third and fourth leaf on. That's when you want to protect them. I promise you, it works."

Related:How is your quarantine going?

The deer don't even like to come near the fields with the smell much less eat the plants.

"According to how much rain I get, I'll put the litter in the field for several weeks," DeLoach said. "If you get a lot of rain, that washes away some of the litter."

When he reapplies his poultry litter, he sometimes just applies a band around the field instead of all over the crop, or he will put it in areas where he has more problems with deer.

"When I make my first application, I normally add a ton per acre. I go back with maybe half of a ton per acre when reapplying," DeLoach said. "I also get the added benefit of fertilizing my crop as well as keeping the deer out since litter has some nutrients such as nitrogen in it."

Poultry litter is also a more affordable alternative to some chemical sprays to keep pests such as deer and hogs out of crop fields.

"It does not keep out the deer and hogs 100%, but it's a deterrence to the point where they don't bother the crop nearly as much," he said.

MSU Extension Wildlife Specialist, Bronson Strickland, says even though he has no experience with chicken litter as a deer deterrent, it makes sense. He says treated human waste has been used for the same purpose.

“Follow these links (https://bit.ly/milorganite-repel-deer and https://bit.ly/usingmilorganite) to read how human sewage is treated and packaged for this same application — to spread over crops to discourage wildlife (deer primarily) use. What’s more, it’s a fertilizer too,” Strickland said.

Related:Marketing your crop for a profit

Two shots of dicamba per growing season have kept DeLoach's pigweeds out of the field.

"We have a few pigweeds come up every year, but dicamba has helped with our pigweed problem tremendously," he said. "I put a little pre-emerge out with my burndown, which holds off the pigweeds while I get my soybeans planted. I don't spray soybeans right away after I plant them, and I'll wait until my first wave of pigweeds starts to crop up then I use dicamba, Roundup, and a good pre-emerge.

"The application cleans up the weeds. Then I’ll come back once the soybeans are about knee-high, and I'll give them another cleanup shot. By then, my soybeans cover the ground, so not much can come up underneath the canopy. I usually have a clean crop; sometimes a few weeds come up at harvest-time, but it's not a big deal by that point." 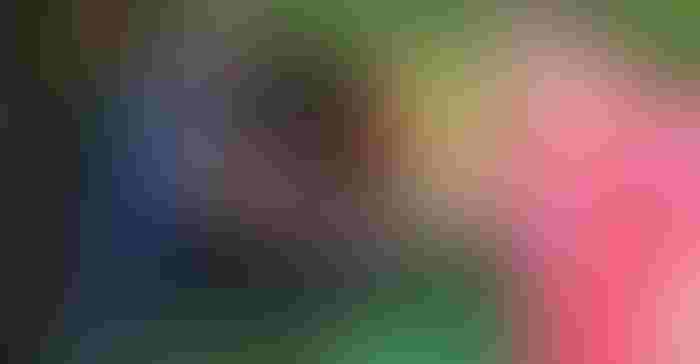 Larry DeLoach got a taste of farming at the young age of 11 when he started helping his father on the family farm by driving the tractor.

"My parents were farmers all their lives," DeLoach said. "I got away from farming for a time, but I retired from working for the state after 25 years. Now, my brother, Rodney, and I have been farming again for the last five years."

The brothers farm corn and soybeans, and they plan to try their hand at growing cotton this year.

"My parents grew some cotton when I was young, but they switched to soybeans as their primary crop as I got older."