Getting abandoned pecan orchards back into profitable shape might not be as hard as you think, if you have the time, money and willing to put in irrigation. 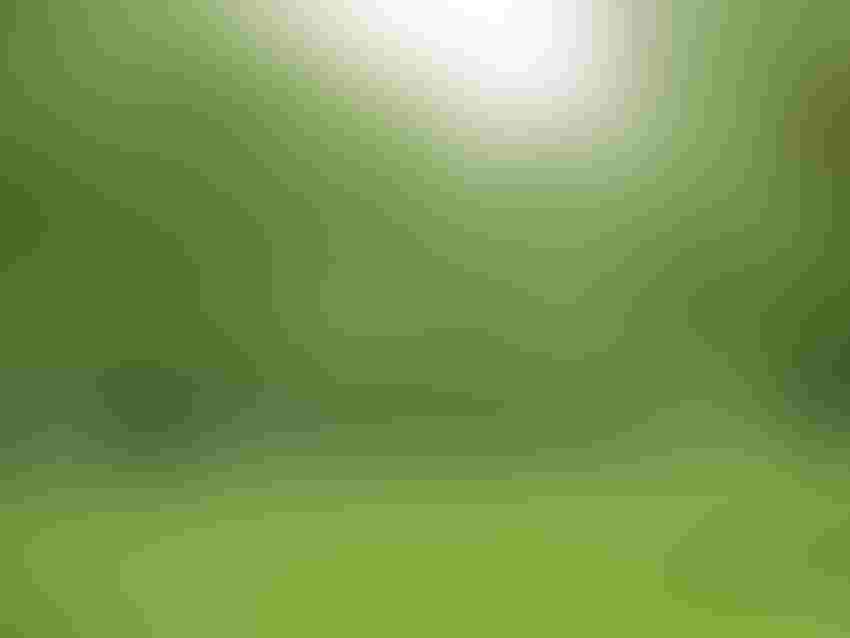 <p>YES, YOU CAN rehabilitate old, discarded pecan orchards. But if you can&rsquo;t or won&rsquo;t irrigate the orchard, no amount of fertilizer or spray program will make the orchard consistently profitable.</p>

One question that I encounter quite often is “Can an old abandoned pecan orchard be brought back into production?” The answer is “absolutely.” And it may not take as long as you think.  It will, however, require a little work and money.

The first thing I always tell someone interested in renovating an orchard is “Do you plan to irrigate it?” If you can’t or won’t irrigate the orchard, no amount of fertilizer or spray program will make the orchard consistently profitable. You have to have water to grow pecans consistently and make them profitable whether you are in the New Mexico desert or the Georgia Coastal Plain. Period!

I usually recommend drip irrigation for orchard renovations. The system is relatively easy to install and it is the most cost efficient and water efficient system you can use. People often ask if the trenching required in installation will harm the trees. No, it will not. The benefit of the water you will be applying far outweighs any negative effect from the little bit of root pruning that occurs. Roots grow back quickly when there is water available.

The irrigation system will need the capacity to supply 3,600-4,000 gallons per acre per day within 12 hours during the peak demand period of mid-August to mid-September. It’s best to irrigate from a ground well rather than a pond or lake. The trash sucked through the pump clogs the drip system easily. It can be done, but only with expensive filtration systems. Wells are much cheaper. A 4-inch well with a 5hp or 7.5 hp pump should supply up to 25 acres in most areas of South Georgia (but may have to be split into 2 irrigation zones). Larger orchards will require a larger well.

Most old, abandoned orchards in Georgia have some mix of ‘Stuart’ and ‘Schley’, along with seedlings,  ‘Success’, ‘Moneymaker’, ‘Pabst’, ‘Frotscher’, and ‘Delmas’ among others. ‘Stuart’ remains very profitable with the current export market and it’s a good sign if an old orchard is largely made up of this variety (and most are).

The profitability of ‘Schley’ is not as good as it used to be. While well managed Schleys can be around 60 nuts/lb and 60 percent kernel, they are a little small in most cases to generate season-long export market prices. They can still bring good prices ($2.50-$2.75 per lb) on the early market if the size and quality is good and you have a buyer that wants this high quality nut. The problem is that there are fewer and fewer buyers interested in the ‘Schley’ market.  A ‘Schley’ crop also has a tendency to shrink on you by harvest so that it never turns out to be quite as large as you may think. Many of these old orchards are mixed and have no definite pattern. You can harvest them all together and have them sized out into large nut and small nut lots in order to get the best possible price.

The remaining varieties on this list usually won’t bring the prices desired by most commercial pecan growers. The long term plan in this situation is to remove these poor performing varieties and replace them with better ones.

Many older orchards are over-crowded in some places and have a number of missing trees (skips) in others. The skips are an easy fix and allow you to re-plant newer and better varieties in the orchard. ‘Creek’ is one of the better varieties for inter-planting because it is precocious and produces well in competition where it may be shaded and crowded by larger trees. But, you must fruit thin ‘Creek’ as a mature tree or the resulting poor quality in the “on” year makes them almost worthless. ‘Zinner’ would also be a good option since its nut size is about the same as ‘Stuart’. ‘Sumner’, ‘Ellis’, and ‘Excel’ would be good options as well.

If you have some over-crowded areas and need to thin some trees out, remove the worst varieties first. Of those listed above, I would remove the ‘Delmas’ trees first, followed by ‘Frotscher’ and ‘Pabst’, ‘Moneymaker’ then ‘Success’. This can all be done over a number of years as the newly planted trees come into production. Go ahead and remove seedlings with small nut size early on as well. Replace all the skips with new trees as you open them up.

Large nut size is everything in the pecan market at the moment. Seedlings with large nut size can be left for later removal.  If a tree (seedling or variety) has a large nut (55 nuts/lb or less) that fills and produces relatively consistently, it can be left in production and the nuts blended with the rest, as long as the tree is not crowding better varieties.

You may also need to do some pruning of lower limbs, especially on ‘Schley’ to open up sunlight, allow equipment to pass and stop the limbs from blocking your spray pattern. Don’t go overboard with the fertilizer during the first year of rehab. The trees have already determined what size crop to make an attempt at producing. No amount of fertilizer will put more nuts on them the first year.

Many of these older orchards, even though they may have been out of production for many years, have adequate levels of P, K, and even Zn, if they were ever worked in the past. This is because there is an enormous amount of nutrient cycling in pecan orchards. So, soil test before making these applications.

Lime as needed and apply only a moderate (50-75 lbs N/acre) amount of N the first year in April. If you get lucky and the trees happen to hit a big crop in the year you start working the orchard, you can add a little more later in the season. A little bit of N this year will do a lot for the trees next year if it’s been a while since they received any N.

Lastly, the trees will respond quickly to a good spray program, including fungicide, insecticide as needed and foliar Zn. Some orchards will require more work than others, but in most cases you can have the trees in the orchard back in full production within 3 years, mostly by providing water, sunlight and a little fertilizer.