Bankers expect farmland price growth to fall by half in next 12 months. 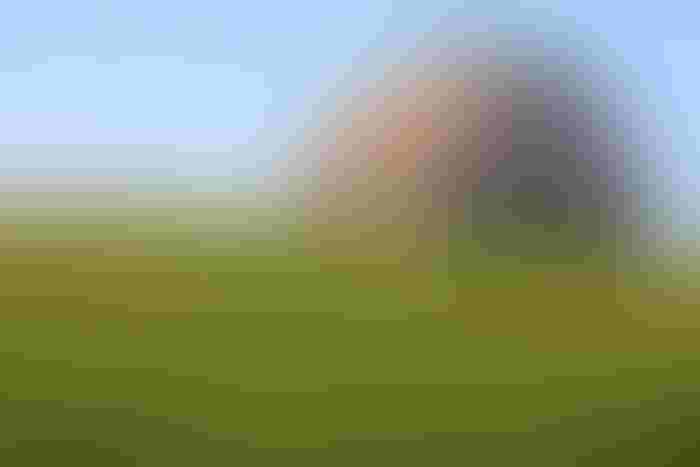 For the eighth straight month, the Creighton University Rural Mainstreet Index (RMI) remained above growth neutral, according to the monthly survey of bank CEOs in rural areas of a 10-state region dependent on agriculture and/or energy.

The overall index for July fell to a healthy 65.6 from June’s strong 70.0. The index ranges between 0 and 100 with a reading of 50.0 representing growth neutral. Approximately, 31.3% of bank CEOs reported that their local economy expanded between June and July.

For a 10th straight month, the farmland price index advanced significantly above growth neutral. The July reading fell to a strong 71.0 from June’s 75.9. This is first time since 2012-2013 that Creighton’s survey has recorded 10 straight months of farmland prices above growth neutral. This month bankers were asked to estimate farmland price growth for the previous 12 months and for the next 12 months. On average bank CEO’s estimated farmland price growth for the previous 12 months at 5.8%, but projected growth at only 2.4% for the next 12 months. Approximately 46.9% of bankers reported damaging drought conditions for farmers in their area. However, there was significant variation among reports.

For example, Steve Simon CEO of South Story Bank and Trust in Huxley, Iowa, reported, “Although still under drought conditions, central Iowa has received some timely, much needed rain.” The July farm equipment-sales index declined to 67.2 from 71.6 in June. Readings over the last several months represent the strongest consistent growth since 2012. Banking The July loan volume index declined to 53.0 from June’s 54.9. The checking-deposit index fell to a very solid 67.7 from June’s 70.0, while the index for certificates of deposit, and other savings instruments, slumped to 32.3 from 35.0 in June.

The new hiring index decreased to 67.6 from 71.7 in June. Despite recent solid job gains for the region, data from the U.S. Bureau of Labor Statistics indicate that nonfarm employment for the Rural Mainstreet economy is down by approximately 55,000 (nonseasonally adjusted), or 1.3%, compared to pre-COVID-19 levels. James Brown, CEO of Hardin County Savings Bank in Eldora, Iowa, said, “Even in small communities like Eldora, the local businesses are having trouble finding adequate staffing. We have a restaurant that wants to open but can't find staff to accomplish that. The sooner unemployment benefits are reduced to force people to find a job, the better off our economy will be.”

The confidence index, which reflects bank CEO expectations for the economy six months out, decreased to 65.6 from June’s 71.7. “Federal stimulus checks, healthy grain prices, and advancing exports have supported a strong confidence numbers over the last several months,” said Goss.

The home-sales index declined to 77.4 from June’s 78.3. The retail-sales index for July dipped to a stout 64.1 from 70.0 in June. “The federal stimulus checks and healthy grain prices are having very positive impacts on Rural Mainstreet retail sales,” said Goss.
Each month, community bank presidents and CEOs in nonurban agriculturally and energy-dependent portions of a 10-state area are surveyed regarding current economic conditions in their communities, and their projected economic outlooks six months down the road.

Bankers from Colorado, Illinois, Iowa, Kansas, Minnesota, Missouri, Nebraska, North Dakota, South Dakota and Wyoming are included. This survey represents an early snapshot of the economy of rural agriculturally and energy-dependent portions of the nation. The Rural Mainstreet Index (RMI) is a unique index covering 10 regional states, focusing on approximately 200 rural communities with an average population of 1,300. It gives the most current real-time analysis of the rural economy. Goss and Bill McQuillan, former chairman of the Independent Community Banks of America, created the monthly economic survey in 2005 and launched in January 2006.

July Survey Results at a Glance:

Source: Creighton University, which is solely responsible for the information provided and is wholly owned by the source. Informa Business Media and all its subsidiaries are not responsible for any of the content contained in this information asset.