He first sold certified oat and wheat seeds some 57 years ago, and George Clay of Pelham, Tenn,, has been farming ever since. He has been named the Tennessee Farmer of the Year by University of Tennessee Extension. 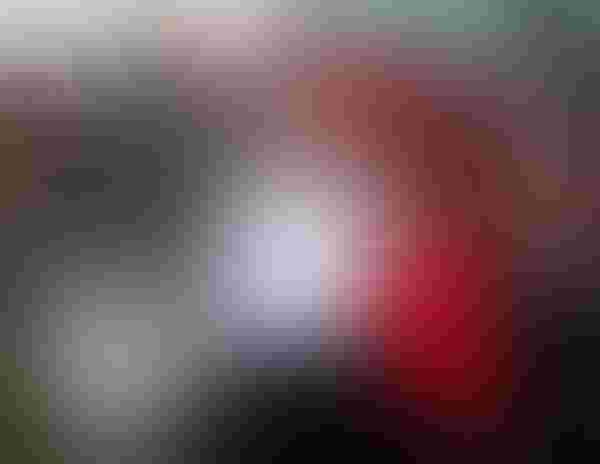 <p>George Clay, of Grundy County, has been named as the Tennessee Farmer of the Year by University of Tennessee Extension. Clay and his wife Edwene raise a variety of row crops and 110 beef cows.</p>

He first sold certified oat and wheat seeds some 57 years ago, and George Clay of Pelham, Tenn,, has been farming ever since. He has been named the Tennessee Farmer of the Year by University of Tennessee Extension.

The third-generation farmer, his wife Edwene, and their sons Eddie, Keith and Eric currently oversee about 2,100 acres and 110 beef cows — a far cry from the 150 acres Clay first leased in 1958. Clay was able to expand this acreage over time by purchasing and renting more land.

Today the Clay’s raises corn, soybeans, wheat, hay and feeder cattle. The “boys” and grandson J.R., represent the fourth and fifth generations of Clays to work on the farm. As the elder Clay likes to proudly point out, theirs is a family farm.

Dallas Manning, UT Extension area specialist in farm management, agrees. He’s seen the Clays engage in planning and brainstorming activities for their farm while the family is gathered around the kitchen table at lunch. Manning nominated Clay for the statewide award.

Farmers from all across Tennessee were nominated for the honor by their county extension agents or by area farm management specialists. Clay was introduced as the Tennessee Farmer of the Year on March 19 at the Tennessee Executive Residence as part of an omelet cook-off sponsored by the Farm and Forest Families of Tennessee. The cook-off “kicked off” the state’s celebration of Tennessee agriculture, which will culminate at Ag Day on the Hill, an event at the Tennessee General Assembly on March 24. Clay will also be recognized at the Tennessee Farm Bureau Presidents’ Conference in August and at the UT Institute of Agriculture Ag Day in Knoxville this fall.

As Tennessee Farmer of the Year, Clay will compete in the Southeastern Farmer of the Year competition at the Sunbelt Ag Expo in Moultrie, Georgia. That competition chooses from among the top farmers from 10 southeastern states and is sponsored by Swisher International, Inc. The award recognizes excellence in agricultural production and farm management, along with leadership in farm and community organizations. The award also honors family contributions in producing safe and abundant supplies of food, fiber and shelter products for U.S. consumers. The overall winner will be announced in October.

Clay says he and his wife Edwene have been true partners on the farm and in life. The two have been married more than 60 years — longer than they have been on the farm. Edwene keeps the books, while Clay and their sons Eddie and Eric mostly work the land. Keith, their middle son, is a Regional Supervisor for the Farm Service Agency, but he still enjoys returning to the farm to help out his parents and brothers. Grandson J.R. (Eric’s son), returns to the farm when he’s on break from his studies at the University of Tennessee, Knoxville. J.R. is a freshman majoring in agriculture in the College of Agricultural Sciences and Natural Resources.

Clay’s brother, Frank, has also helped out and offered support over the years. Frank was the local FFA teacher in Grundy County, too.

Steward of his land and resources

Like most farmers, Clay is a good steward of his land and resources. He practices no-till and minimum tillage production practices to preserve his soil and reduce his use of chemical treatments like pesticides.  His farm was recognized as the 2013 Grundy County Soil Conservation Farm of the Year.

Clay recalls many major setbacks during his career. One was in 1962 when the farm took a direct hit from a tornado. Buildings, equipment and fences were destroyed, but the farm prevailed.

Clay has cooperated with UT Extension by having farm tours and educational events and demonstrations on his farm. He has participated in the UT and TVA Test Demonstration Program. About six years ago the Clay’s farm was selected for plots by UT Extension and the USDA for early detection of the potential arrival of soybean rust in Tennessee and the Mid-South area.