Learn from others and reach out for help to formulate a plan. 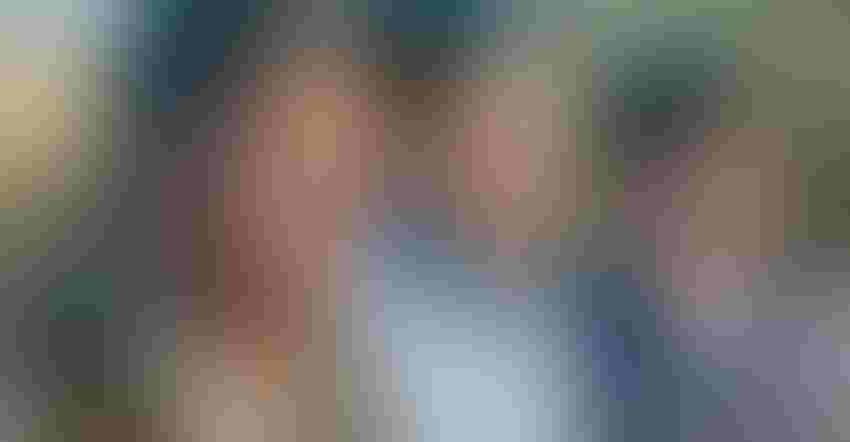 ROAD TO FUTURE: Transitioning a farm business from one generation to the next starts with bringing up the conversation — and the sooner the better.Peter Garrard Beck/Getty Images

For farm families, the greatest achievement can be ensuring the farm stays in the family for generations to come. While there are no guarantees, setting a transition plan in motion is the first step in making that happen. But how do you make that first step?

Bob Metz, a Peever, S.D., farmer, said a good starting point is to learn from others. “The will to want to make a transition, I think, is very important, and keep talking to people who look like they’re doing it the right way. Many times they’ll tell you what they did wrong as well, and I think that’s just as important as what they did the right way.”

Metz and his wife, Karen, are fifth-generation farmers. Their two sons and a son-in-law farming with them represent the sixth generation, and Metz is passionate about ensuring his family’s farm can stay in the Metz name.

Metz recently shared his passion for farm transitions during a “Transitioning Your Ag Business” webinar sponsored by the South Dakota Agricultural Foundation. Joining Metz on this session were Alan Hojer, first-generation farmer from Lake Preston, S.D., and manager and legacy consultant with Keep Farmers Farming, a division of First Dakota National Bank, as well as Bryan and Nick Jorgensen, father and son who are partners in Jorgensen Land and Cattle of Ideal, S.D.

Hojer works with farm families creating transition plans, and he said the common first question is: Where do we start?

“My answer is very common with everybody: It’s coffee,” he said. “Let’s just start talking. Keep it simple. If you’re taking the time and we’re having the conversations that are so full of, in many cases, the pain or the opportunities, it just starts to come out. And then we can begin to organize those thoughts. And we begin to figure out what is the pathway forward to making some of this happen.”

When Hojer first sits down with a farm family, he talks about the past with them. “I’ll spend a lot of time in the beginning phases of a transition project talking about the past because, because the past is a known,” he said. “Yesterday is a known; tomorrow is an unknown. We can try to manage through it, and think we have to plan, but we really don’t know what’s going to happen until we get through the day. It’s important for planning and scheduling.”

Working with Hojer, the team at Jorgensen Land and Cattle has a transition plan that includes the current partners while focusing on the future.

Bryan Jorgensen stresses the importance of empowering the next generation. “You can’t expect them to come back, work hard, and not be able to become somewhat involved through ownership or through responsibilities,” he said. “They need to have a sense of ownership. They need to have skin in the game.”

Other partners in Jorgensen Land and Cattle are Bryan’s older brother Greg and Greg’s son Cody.

Bryan sees a number of ways to do that, through gifting, selling farm assets at a discounted rate or offering internal loans. “That’s how Cody and I did it,” he said. “So we have loans within the farm that they help us buy the land and then that is discounted at the end.”

Nick Jorgensen is grateful for his position in the family operation, but stresses that young people coming back to the farm have to get beyond the feeling of entitlement.

“What’s been really helpful for me is to step back and just have zero expectations,” he said. “It’s unfair for me to supplant some sort of entitlement that says, ‘I am entitled to this. I deserve this. I should pay this.’ Rather, the path that I’ve taken is, ‘This is yours. Absolutely yours.’

“If you feel it’s relevant to give me shares or sell me part of your ownership, that’s great. I can choose to agree or disagree with whether I want to go forward with it. But stay back from entitlement.”

With that approach, all that Nick asks for in return is to have communication and clarity, to know where he stands.

Metz knows all about clarity. When he started farming with his uncles in the mid-1970s, they were upfront with the wanna-be farmer.

“My uncles made it very clear to me right upfront that they will certainly give me an opportunity to farm, but they also made it clear that I would never ever inherit anything from them. I would not be given anything,” he said. “And I think that was a very good thing: ‘You’re young, you’re healthy. Why would we give anything to you?’”

When it did come time to purchase land or equipment from his uncles, the uncles would get the appraised value, and that’s what Metz would pay. The only exception was the purchase of the main building site.

“My uncle didn’t agree with the appraised value. He said, ‘I won’t sell it for that, but I will sell it to you for approximately 50% more than appraised value.’ I agreed with him. We always did things very straight up.”

Metz likes to repeat a saying that he has heard, “I wasn’t born with a silver spoon, but I did have a spoon.”

Regardless of how a family decides to proceed with a transition, all of the panelists agreed on the importance of organizing a team to assist with plan development. Besides all of the family, or partners, in the operation, a lawyer, accountant, banker and possibly a counselor should be part of the team. Also, once a plan is established, it needs to be revisited and possibly revised periodically.

The full webinar can be found online at South Dakota Agriculture Foundation.