Dengue takes an enormous toll on human health worldwide, with as many as 4 billion people at risk. 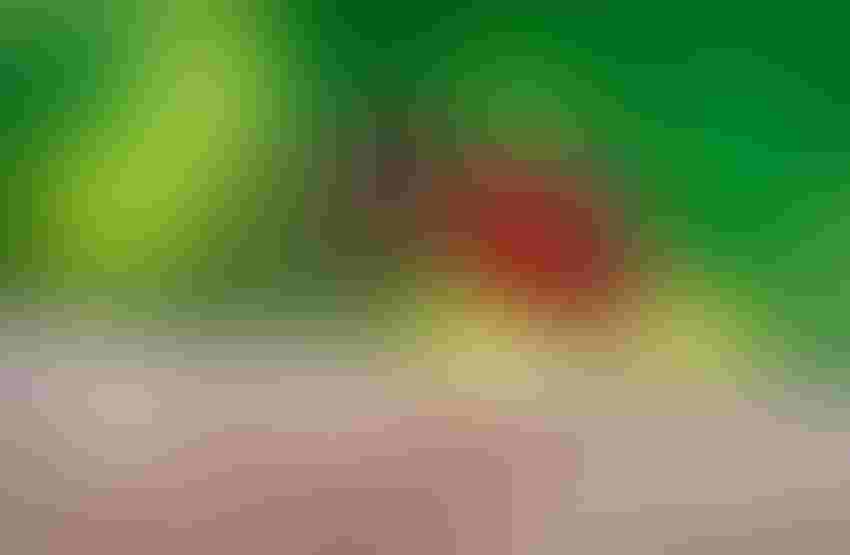 A significant field discovery analyzing how natural temperature fluctuations affect the growth rate of the dengue mosquito could lead to crucial control-and-prevention strategies, according to newly published research from Thomas Scott’s Mosquito Research Laboratory and the Center for Vectorborne Diseases (CVEC), University of California, Davis.

The research, published March 8 in the PLOS ONE  journal, shows that that “temperature effects on larval development time, larval survival and adult reproduction depend on the combination of mean temperature and magnitude of fluctuations,” said lead author Lauren Carrington, a former postdoctoral fellow in the Scott lab and CVEC. (see http://www.plosone.org/article/info%3Adoi%2F10.1371%2Fjournal.pone.0058824)

The scientists investigated how realistic fluctuations in temperature during the day influence the life-history traits and population dynamics of the dengue mosquito, Aedes aegypti.

“The effect of temperature on insect biology is well understood under constant temperature conditions, but less so under more natural, fluctuation conditions,” said Carrington, who completed her three-year postdoctoral fellowship last December at UC Davis but continues research projects with the Scott lab. She is now based at the Nossal Institute for Global Health, University of Melbourne, Australia.

The research, “Effects of Fluctuating Daily Temperatures at Critical Thermal Extremes on Aedes aegypti Life-History Traits,” is expected to lead to greater accuracy of applications for mosquito surveillance and disease prevention.

Want access to the very latest in agriculture news each day? Sign up up for the Western Farm Press Daily e-mail newsletter.

“An improved understanding of mosquito responses to natural temperature variation,” Carrington said, “will enhance the effectiveness of vector control strategies, thereby reducing transmission of mosquito-borne diseases, such as dengue fever.” By using constant temperatures, scientists can under- or -over estimate values, she said.

“In the field, mosquitoes, and other insects, are exposed to a constantly changing environment, with fluctuations in temperature throughout the day, every day. In the lab, however, experimental protocols generally try to minimize as much variability as possible, and temperature is often the first element to be standardized.”

“After assessing a number of life-history traits at constant temperatures ranging from 12ºC-40ºC to identify the thermal limits of this population of mosquitoes from Thailand, we then reexamined the same traits under cyclic temperatures around a low (16ºC), intermediate (26ºC) and high (35ºC) mean temperature and compared these to appropriate constant temperature controls,” Carrington said.

“Our results demonstrate that testing mosquitoes under either large (~20ºC) or small (8ºC) fluctuations produced often largely variable results when compared to a constant temperature profile with the same mean. The direction of changes in development time, egg laying and immature survival were dependent upon whether the fluctuations were large or small, and around low or high mean temperatures.”

“The results of our study are extremely important because they provide a better understanding of the life history traits and ecology of the vector, Aedes aegypti, said second lead author Veronica Armijos, a Ph.D student with CVEC who studies with major professor William Reisen and works part-time in the Scott lab. “Information like this can be used to help improve current vector control and surveillance strategies."

Research team member Christopher Barker, an assistant adjunct professor with CVEC, part of the UC Davis School of Veterinary Medicine’s Department of Pathology, Microbiology, and Immunology, generated “a stage-structured population dynamic model using our empirical data,” Carrington said. “The model predicted that growth rates could be over- or under-estimated relative to constant temperatures, dependent upon the mean and magnitude of the fluctuations.”

“This is an important addition to a growing body of evidence showing that average temperatures are inadequate to explain variation in mosquito development and reproduction in natural systems,” Barker said. “This study demonstrated additional effects of an often-ignored second dimension-- daily cycling between nighttime lows and daytime highs--particularly when average temperatures were near the limits for mosquito survival.”

“These findings are important in the context of climate change because globally, nights have warmed faster than days, and the changes have been quite pronounced in the ‘urban heat islands’ preferred by Aedes aegypti,” Barker said. “As a result, overall warming trends have been accompanied by reduced daily temperature ranges, and understanding the roles of both will be important for predicting future impacts on mosquito populations.”

Said Carrington: “Our results have epidemiological significance for dengue transmission dynamics, and more generally, highlight that it is not always appropriate to extrapolate the results from laboratory-based experiments directly into the field. Sometimes, allowing for the environmental variation that we as scientists usually try to minimize, is actually important for understanding the ecology of a species in the wild.”

Carrington, Armijos, Barker and Thomas Scott,  professor of entomology and director of the Mosquito Research Laboratory, co-authored the paper with Louis Lambrechts, a former Scott lab postdoctoral associate who is now with Insects and Infectious Diseases, Institut Pasteur, France.

Dengue is spread by an infected female Aedes aegypti mosquito, a day-biting, limited flight-range mosquito that prefers human blood to develop its eggs. Dengue is caused by four distinct, but closely related, viruses and the most severe form of disease is life-threatening dengue hemorrhagic fever or DHF.

Some 500,000 people with severe dengue are hospitalized each year, according to the World Health Organization (WHO), and about 2.5 percent of those affected die.

“Dengue takes an enormous toll on human health worldwide, with as many as 4 billion people at risk—half of the world’s population--and 400 million new infections each year,” Scott said.