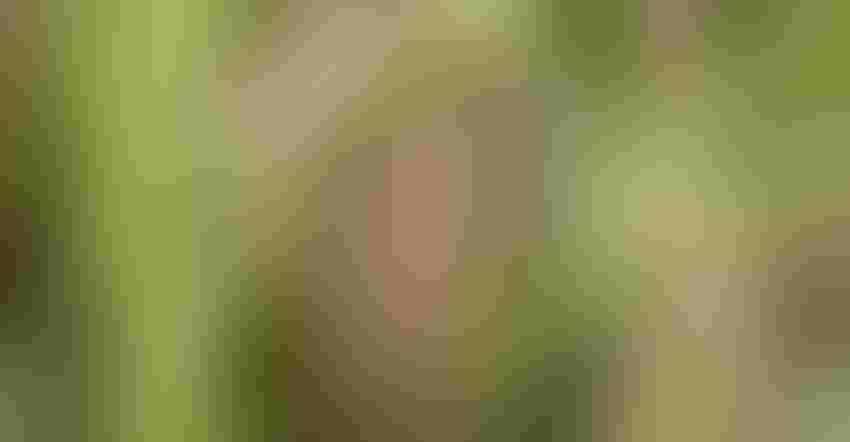 Updated. Previous version indicated price per bushel instead of price per CWT.

U.S. rice producers should make a big crop this year and get paid for it.

"I think the market will get tight in the U.S." says Milo Hamilton, senior economist with FirstGrain, a rice marketing service in Austin, Texas.

"That's a minority opinion," Hamilton said during a June 17 Zoom meeting, "Thinking Our Way Through Rice Market Disruptions," with global rice industry experts and other observers zooming in. Hamilton says U.S. demand for rice has increased 40 percent, due in part to stocking up, hoarding and consumers eating more rice at home during the COVID-19 shutdown.

He thinks the market could support rice at $12 to $13 per cwt. "I think the demand will move it that high," he said. "I expect a big crop and a big price."

Rice, unlike other grain and fiber crop markets, and similar to peanuts, has performed well during the shutdown as people stay home and rely on staples such as rice and peanut butter. "U.S. grain and meat demand was demolished by trade spats and the pandemic," Hamilton said, "but not rice."

Hamilton's bullish expectation comes in spite of increased U.S. acreage and early positive crop progress. "Farmers are still planting rice in the Delta (on June 17)," Hamilton said. "They are typically through by now, but the rice market is much better than other options."

Related:Rice up, crawfish down in Louisiana rotation system

He attributes some of the bull market to a few nations halting exports during the pandemic but doesn't expect the virus to exert lasting influence on food prices, as was the case following 1918 Spanish Flu.

"Of course, the world has changed in the last 100 years. No global grain is grown with as much human labor as rice — not corn, wheat or beans. That field and transport labor migrates. It lacks government supports, particularly in India and points east in the Asian rice belt.

"Labor and storage problems could lead to export problems this time around," Hamilton said. Other considerations for rice market movements will occur in Asia. Hamilton says China holds 60% of the global rice stocks. Thailand and India also hold significant rice stocks. But absent those three, the global supply is diminishing, he says.

Asian production is vulnerable. The virus remains a concern in India, where COVID-19 cases continue to rise. That's problematic because India and other Asian nations depend on what Hamilton refers to as "informal" or migrant labor. Virus infection or fear of infection, he says, may affect production. He says labor may be "available but not accessible," because of the virus. "Problems with India's rice crop this summer could mean a tighter market," Hamilton said.

He adds that China productivity is vulnerable to a return of the virus as well as potential for rising fuel costs and resulting higher fertilizer prices.

He's also skeptical of China's supply figures and quality. "A lot of things are mysterious in China," he said.

"U.S. exports also should bounce back for the 2020/2021 season," he said. But he and Ricardo Hahn, Montevideo, Uruguay, say the U.S./Mexico market share could be trimmed. Hahn said unless a second coronavirus wave causes significant disruption, South America "will see an increase in rice seeding. We're still in a drought but it's starting to rain, so we will plant as much rice as possible. That might bring the price down."

Hamilton says increased production in Brazil and other South American countries will compete with the U.S. for a share of the Mexican market. He doesn’t' expect the Americas to source a lot of rice from Asia or for Asia to source much from the Americas. He adds that aromatic rice could be the exception as a higher value product.

Key takeaways from the session include:

• The pandemic attacks where rice workers exist in dense quarters.

• Food cannot wait on labor to arrive. It spoils.

• Price risks: Sudden disruptions to labor and supplies where workers are available but not accessible.