Today we have empirical, pragmatic evidence to prove regenerative agriculture is the most productive and most profitable. 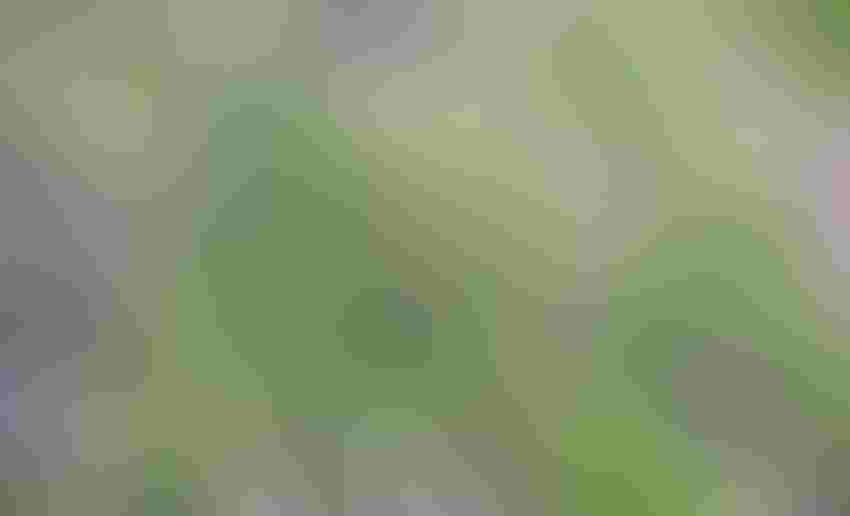 Biodiversity can solve many of the problems for which we've previously purchased short-term Band-Aids, the author says.Alan Newport

Agriculture is often described in simplistic language suggesting that it is a rather simple process.

An example might go something like this: “Cultivation of the soil to produce crops and livestock.” It sounds uncomplicated but it is not.

A better description, suggesting the complexity inherent to the process, might be something like this: “The manipulation of natural processes and resources to satisfy human needs.”

Regardless of how it is described, the last 60 years have seen a complete reversal, at least by many mainstream agricultural professionals, of what once was considered good agricultural policy and practice. The end of World War II brought cheap nitrogen fertilizer and a host of chemical pesticides to agriculture and spawned the so-called Green Revolution. This movement has been touted as bringing the blessings of modern technology to agriculture in the same way the industrial revolution modernized the manufacturing industries.

With this movement toward modernization and industrialization in agriculture, the intention was good but the science was lacking. The reduction of complexity and the seeking after economies of scale that were so beneficial to industry caused vastly different outcomes when applied to living organisms.

How many remember the former Secretary of Agriculture Earl Butz advising farmers in the 1970s to "get big or get out," and to plant from fencerow to fencerow?

In this changeover, what had always been a culture of life all too often became a culture of death. Ignoring or actively managing against the multitudes of beneficial relationships between organic and non-organic elements in the ecosystem, which formed a natural system of checks and balances, was a huge mistake. The results have been disastrous ecologically and financially, and also destructive to human wellbeing.

On that topic, I find it interesting that the Antonym Thesaurus lists industry as an opposite of agriculture.

The most productive and successful agriculture should promote life so that some energy, which is surplus to the needs of the soil-plant-animal complex, can be skimmed off for human use. Ideally agriculture will not just conserve but will actively regenerate and develop natural resources. This is being accomplished by an increasing number of good practitioners who are promoting soil health, clean water, robust biodiversity at all levels, increased capture of solar energy through photosynthesis, and a system in which mineral nutrients are recycled continually rather than exported. All this can occur while improving productivity and profitability.

The entire process depends on promoting mutually beneficial relationships involving all members of the soil-plant-animal-wealth-human complex. Step one is understanding that all parts of the complex are connected to and dependent on all other members. Harm to one is harm to all.

Long-term success depends on management – whether by nature or humans, that is beneficial to all parts of the complex.

Industrial agriculture, in contrast, is an extractive process based on the erroneous belief that nature must be dominated so humans can live. This philosophy has led over eons to the destruction of millions of acres of once-productive land, the disruption of functioning local water cycles (called desertification), the loss of large numbers of species of plants, animals and microbes, and also to the degrading of the human food supply.

Humans are credited with being “the reasoning organism,” but we spend an inordinate amount of time, effort and treasure proving this label to be inaccurate. What thinking being would intentionally destroy the resources – including the biological capital – needed to sustain life for itself and its descendants?

There was a time when we could plead ignorance, that we didn’t know better. But that day has passed, as there are good practitioners in all parts of the world demonstrating agriculture that is productive and regenerative and profitable, rather than destructive.

Every time industrial agriculture catches heat, the shills roll out the snake-oil show, screaming that we must have all the poisons and all the soil-destroying practices in order to “feed the world.”

Further, the world is not hungry because of an inadequate food supply: Check the data on food waste worldwide. Widespread hunger exists due to the actions of human miscreants such as Robert Mugabe, Pol Pot, Joseph Stalin, Mao Zedong, ad nauseum. I include in the list the Chinese Communist Party. Throughout all recent history, we find out later these people have destroyed agricultural economies and pilfered money intended for others to instead enrich themselves.

By discussing governmental corruption, however, I am not saying all is well in our world since most of us are not living up to our potential as stewards. I include myself in that category. We badly need to imitate the actions and the philosophy of our best producers. To this point, as a species, we have shown more power than wisdom.