Speakers at the recent opening session of the 25th annual Texas Plant Protection Association in Bryan, Texas, took time to reminisce and acknowledge the association&rsquo;s growth, but they also considered the significant challenges ahead and offered opinions on how to meet them. 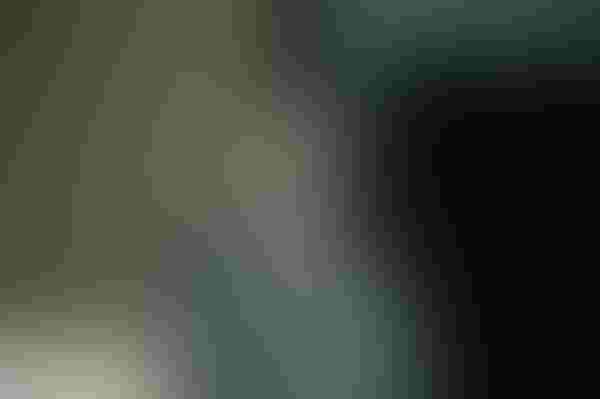 <p>BRAD MINTON, Syngenta, discusses herbicide technology during a Past, Present and Future segment at the 25<sup>th</sup> annual TPPA conference.</p>

Silver anniversaries provide opportunities to look back on 25 years of challenges, lost opportunities and accomplishments. It’s a time to celebrate the wins, regret the losses and play a little “what if” wondering how things could have worked out differently.

Speakers at the recent opening session of the 25th annual Texas Plant Protection Association in Bryan, Texas, took time to reminisce and acknowledge the association’s growth, but they also considered the significant challenges ahead and offered opinions on how to meet them.

The biggest challenge, according to most speakers, will be feeding and clothing a global population that will reach 9 billion or more by the year 2050.

Minton discussed herbicide technology, “Past Present and Future,” the theme for opening session speakers. “We see an opportunity to develop new products as the demand for food and fiber increases with population growth,” he said.

Key challenges to new product development include development costs—about $250 million to bring one new active ingredient to market. “It’s time consuming, about eight to ten years for one new herbicide.”

Minton expects to see new weed control products, however with “new modes of action, as well as advances in herbicide tolerant crops.” Use of new RNA1 technology that allows developers to block a specific gene will play a role.

Minton said the science of weed control has made huge advances since 1940, “the advent of modern herbicides.”

Continued efforts to manage herbicide resistant weeds will be an essential part of ongoing herbicide research and emphasizes the need to develop new products.

Adam Hixson, BASF, agrees that population growth will be a driving force behind product development and improvement. “We anticipate a high demand for food with less arable land. That means we have to follow an intense effort to design a better plant with more disease resistance. Biofungicides will play a role.”

He said learning how to use existing and new fungicides more effectively will be critical. Early application, in-furrow treatments, for instance, may give plants a better start, more uniform emergence and increased root growth.

“We want to get the crop up and off to a good start to improve early control and improve yield potential.”

He added that intelligent use of existing insecticides will be crucial to extend the useful life of products.  Other issues include regulation hurdles that will “remain significant, as they should because that assures proper product stewardship.” He says new technology leaders will be needed. “We’re not training the numbers of ag-related specialists we need.”

Bone said “profit pressure” will dictate the new products developed by ag chemical companies that must get a return on investments.

“Food safety will be a huge issue and society will demand absolute food safety. And insects will always be with us.”

Tom Owen, Monsanto, said biotechnology holds significant promise for meeting the challenge of population growth. “Just 25 years ago, crop biotechnology did not exist,” he said. “A lot has happened in the last 20 years. In 2011, 16 million farmers used biotechnology. Worldwide, we had 400 million acres in biotechnology crops.”

In addition to stress and drought tolerance, Monsanto also plans, in the near future, to release new cotton varieties with a Dicamba tolerance trait. “We are working on drought tolerant cotton as well as lygus control, rootknot nematode and reniform nematode resistance and Dicamba products for corn and soybeans.” Other target crops include canola, wheat and vegetables.

Machinery has also witnessed a sea change of technological advances in the last 25 years and will continue to evolve, said Andy Nelson, John Deere. The farm equipment industry, Nelson said, has come a long way since Mr. Deere invented the steel plow back in 1887.But new challenges replace the old as farmers look for ways to make global positioning system agriculture improve efficiency and profitability.

Using GPS technology for decision-making will be the next transition, Nelson said. “GPS affects multiple aspects of a farm, including economics, machinery management and agronomics. Planning is the key to optimize machinery operation.”

He said something as apparently simple as getting a repair technician to the right filed is made easier with GPS. “He doesn’t waste time driving around looking, but uses coordinates that show exactly where it is.”

Data, he added, make the system efficient. “Farmers are able to monitor the operation, see what machines are doing to improve productivity.” Yield monitors and yield mapping also provide data farmers can use to alter production practices.

Adopting the technology and using the data effectively are they keys, Nelson said. Some technology takes hold faster than others. He said farmers were quick to adopt GMO varieties, assisted steering, boom section controls, yield monitors and yield mapping. They are slower to adopt no-till, variable rate application of inputs, and “making sense of yield maps.

“The key now is to reduce machinery costs and reduce the machinery footprint on the farm. GPS enables farmers to increase efficiency, productivity and yield. It allows them to decrease costs, energy, and environmental impact.”

Speakers said meeting the challenge of feeding 9 billion people will come largely from technology, producing more food and fiber on the same amount of land, probably with less water.

In the 25 years since TPPA has been in existence, agriculture has made tremendous advances in improving efficiency. The next 25 may be even more daunting.

TPPA looking back and forward