Factor in nitrogen management for crop plans this spring and note that cover crops can impact N availability, and timing. 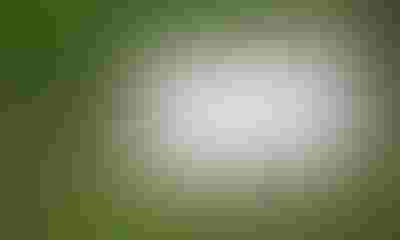 One way of improving nitrogen efficiency is through the use of split applications.  This is a great opportunity to try some strip trials and compare putting all the nitrogen on in one pass versus split applications.  Compare yield against the cost of multiple passes and see if it would pay for you.

2. For those new to soil health farming, think about nutrient availability

Nitrogen availability is a key factor for your corn crop. If you planted a high carbon cover crop such as cereal rye ahead of corn you had the benefit of not losing that N, but it may also be tied in the plant tissues and not released to the corn crop until later. Using starter nitrogen will ensure that your corn crop will have enough to get started early in the growing process.

3. Test when hybrids use the most nitrogen

Some farmers are finding that newer corn varieties are taking up available nitrogen much later than in the past, maybe all the way to black layer. There may be some yield and economic advantage to late applications of nitrogen, possible using Y-Drops on a high clearance machine. This is another reason to set up strip trials on your farm, using different nitrogen rates and application dates and even participating in a stalk sampling program such as INfield Advantage to determine if you’re getting maximum nitrogen use efficiency.

4. Does form of nitrogen applied matter?

Some soil health farmers feel that the negative impact of anhydrous on earthworms and other soil microbiology outweighs the lower cost per unit of nitrogen. Many of these farmers have switched to liquid nitrogen either at pre-plant or side dress. What do you see on you farm? Is anhydrous ammonia negatively impacting the biology in your soil?