Much like autosteer and precision farming, virtual fencing is a new technology that could positively impact the productivity of operations. 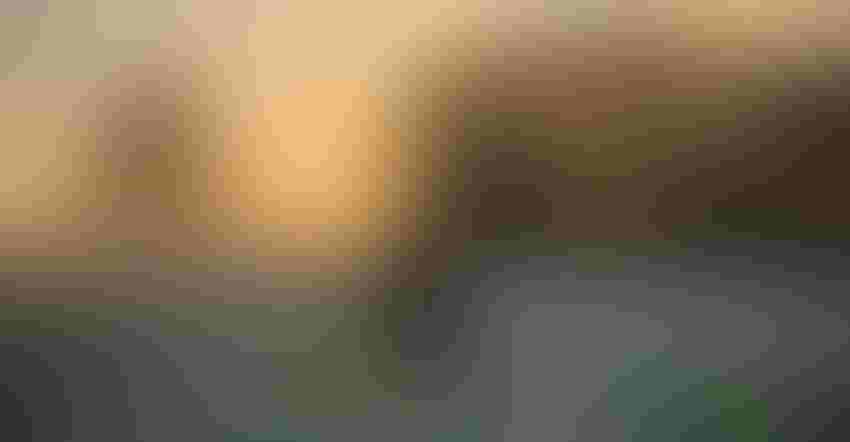 FENCED IN: Virtual fencing is a new technology in the beef world that could have an industry-changing impact.Sierra Day

Historically, the crew at Jorgensen Land and Cattle had not been able to graze cattle on some portions of pasture that contained areas such as food plots. Physically fencing off these small and irregularly shaped, non-grazeable acres was not feasible.

But then they discovered virtual fencing produced by Vence.

“When you think of agronomy, you think of autosteer and precision farming and how much that has changed the farming practice,” says Cody Jorgensen, chief livestock operations officer at Jorgensen Land and Cattle near Ideal, S.D. “Well, I think that this potentially is as significant in the beef world.”

The system consists of individual collars for each animal, a receiver and a corresponding computer software program, he says. Each grazing animal wears a neck collar that correlates with an identification number in the software program. From there, the software can detect where the animal is and track movements throughout the day.

But where does the virtual part come in?

The computer software allows beef producers to use a digital map to trace the boundaries in which they want cattle to stay within, Jorgensen says. That information is relayed to the receiver and then to the collars, which generates a harmless shock to any collar on a cow that steps outside of the virtual fence.

For Jorgensen Land and Cattle, the system helps them make better use of their land.

The operation consists of 800 acres that has not been able to be physically fenced off and grazed. Plus, part of an additional acreage has a hunting lodge and food plots, where they don’t want cattle to graze. Virtual fencing makes it possible for them to have cattle graze some acres but not others.

However, this new technology can do more than keep cows out of undesired areas, Jorgensen says. The program can also be used to keep cattle in an area. He suggests placing the virtual fence lines along an already existing physical fence, even if old and worn down. While it is not necessary, this could prevent any cattle getting out in case the system develops a technological glitch.

So, how does the system pencil out?

When figuring costs for the system, producers should think about the base station receiver, software, power setup and collar costs, Jorgensen says. Producers will need to buy the base station, but they can rent collars from Vence. The company also offers a solar-powered base station for remote locations.

The cost breakdown is as follows:

His family has done the math and found that the cost of the virtual fence system is $50 per collar. And based on their calculations, this is similar to the per-head cost of building and maintaining an electric or wooden fence, regardless of miles of fence built.

He says the battery life of the collars is typically six months. Neck collars can be interchanged between animals, but make sure the software knows when you move the collar to a different animal. This can be a cost-effective option for operations not grazing all cattle at the same time.

“This is the future,” Jorgensen says. “I think it’s going to be game-changing, especially when you’re looking at land utilization.”