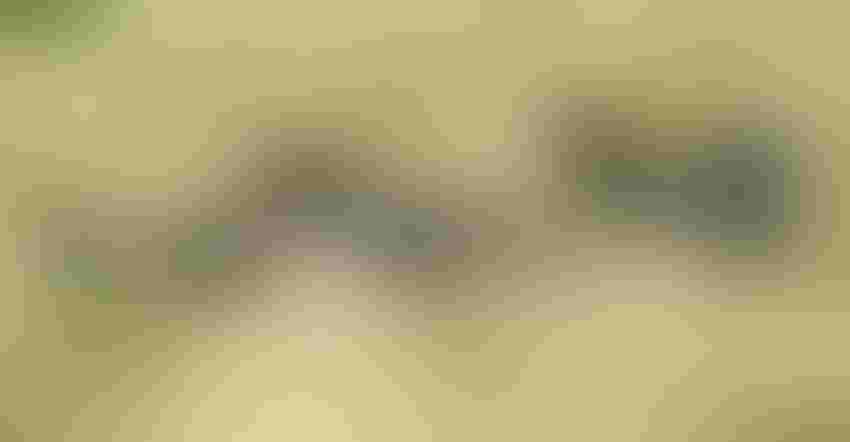 DEADLY THREAT: Black vultures are particularly dangerous for livestock operations because they will attack and kill live animals. Studies of their habits and control options are underway. erniedecker/Getty Images

For the past couple of years, primarily in southern Indiana, farmers with livestock have complained that a certain type of vulture known as the black vulture has caused economic losses by attacking and killing live animals, especially young livestock. Young calves are a prime target.

Some of these producers contacted Indiana Prairie Farmer, frustrated that no one seemed to be taking the problem seriously. Now, Patrick Zollner, a Purdue University professor of wildlife science, and Marian Wahl, a doctoral student, are taking it very seriously. They are partnering with the U.S. Fish and Wildlife Service to seek help from producers so they can learn more about the habits of these black vultures. The goal is to develop methods to stop them from harming livestock.

If you lose an animal, take pictures from every angle. The camera on your cellphone should be sufficient. If scavengers are present, move the carcass to a place they can’t access it, Wahl says. Call or text Wahl as soon as possible at 317-647-5294.

Wahl is also interested in hearing from producers who lose animals to black vultures in Kentucky. You can help by spreading the word and his contact information.

If you’ve lost a calf or other young animal, Purdue will perform necropsies free of charge if you donate the carcass so it can be determine for sure that the animal was killed by vultures and not scavenged after dying from other causes.

Since 2014, damage to livestock by black vultures has been covered under the indemnity clause of the U.S. Farm Bill. Check with your local Farm Service Agency office to see what evidence you must provide to receive compensation for losses caused by black vultures.

Black vultures are protected under the Migratory Bird Treaty Act. They can’t be killed in Indiana or Kentucky without a permit. If you’re interested in obtaining a permit, call the USFWS at 866-487-3297.

Lee Humberg, Indiana state director for USDA Wildlife Services, says there are steps you can take to discourage black vultures from visiting your farm or pastures. First, assess your operation to make sure it’s not attracting these birds. Remove stillborn carcasses, afterbirth and dead wildlife of any kind. Also consider removing dead trees. They can be preferred roosting options for vultures.

Some people use effigies of vultures, including taxidermy birds or those made of other materials, and hang them by their feet near where cattle congregate. The goal is to scare off live birds. Others try pyrotechnics or cattle dogs to harass and frighten off vultures. Humberg says these tactics could help, but they may not be practical or work in every situation.

Recently, Mindy Ward, editor of Missouri Ruralist, a sister publication, reported that Missouri is piloting a federal black vulture depredation program in 2021. The Missouri Farm Bureau obtained a statewide depredation permit for black vultures from the USFWS. MOFB can issue sub-permits to livestock producers encountering problems with black vultures. Missouri Department of Conservation officials are supporting this pilot program, noting that black vulture numbers are on the rise in the state, causing an economic threat, especially for cattle producers.