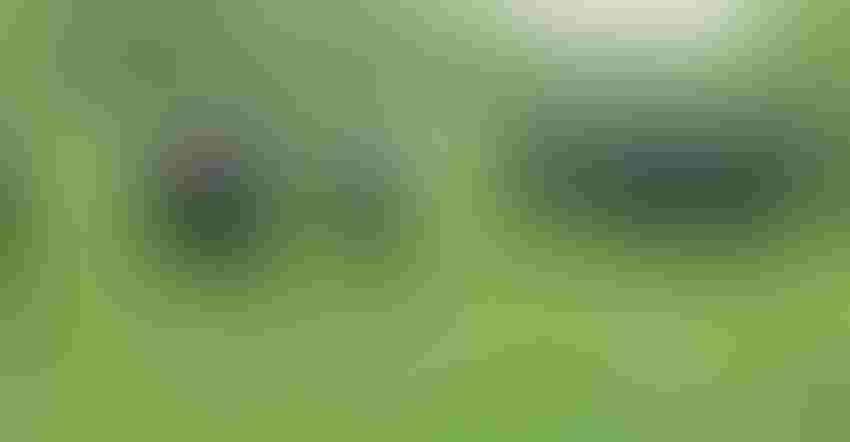 FESCUE DIY: Farmers can learn how to replace problematic fescue with new novel-endophyte varieties by going back to school. University personnel, as well as farmers who have had success with their fescue renovations, will discuss new techniques.

Ways to replace toxic tall fescue pastures keep improving, as renovations move across the fescue belt from Missouri to Georgia.

This started with two schools in Missouri in 2012. Now, a cooperative alliance has refined ideas on how to kill old stands of tall fescue and replace them with nontoxic, novel-endophyte fescues.

“We’ve gone regional — away from a state-by-state approach — to solve a messy problem,” Roberts says. He tells of new schools put on by the national Alliance for Grassland Renewal.

New teaching methods
“Over the last few years we’ve become organized, with help from all sectors of tall fescue businesses,” Roberts says. “Each state had its own councils and its own approaches. Each told different methods, told in different ways. After working together and many conference calls, we became better at what we do.”

At first, a couple of Extension specialists — an agronomist and an animal scientist — would go out to teach. Now there are more people. Those include economists and veterinarians, and representatives of seed companies, nonprofits and testing labs. “We are a task force,” Roberts says.

“The best additions are farmer panels,” he adds. “Successful farmers add credibility. They have converted and profited.”

Fescue refined
Along the way, the alliance learned more of the complexities of fighting toxic fescue. In fescue states, toxicosis costs livestock farmers millions of dollars a year.

The most visible loss is from fescue foot, which kills cows in cold winters. The fescue toxin restricts blood flow to body extremities. In extreme cases, hooves freeze and cows can’t walk to graze.

Kentucky 31 fescue is widely used in pastures in the fescue belt across the Southeastern U.S. Fescue was toxic from the start, but it took years to find the problem. A tiny, threadlike fungus, called an endophyte, lives between grass plant cells. It creates a toxin to protect plants from diseases, insects and grazing.

More recently, naturally occurring, nontoxic endophytes were found. Those have been bred into new fescue varieties. They give protection, but not the toxin.

“The endophyte is a confusing complex,” he adds. “We’re cutting confusion. The problem is real, but not as mysterious now.”

School’s in
For the first time, five similar meetings in five states will be held:

Georgia will join the meeting sites next year.

Local members of the alliance help teach in each state. They explain local conditions.

Details on registration and meeting locations are on the alliance website, grasslandrenewal.org. The 14-item agenda for the daylong schools also appears there. The agenda starts with toxicosis, its symptoms and causes, and continues through economics, to transitioning from toxic to nontoxic fescue.

“It’s a long session,” Roberts says. “But we keep it to one day. When farmers go home at 5:30, they’ll know the problem and how to solve it.”

The results make big payoffs for farmers who switch.