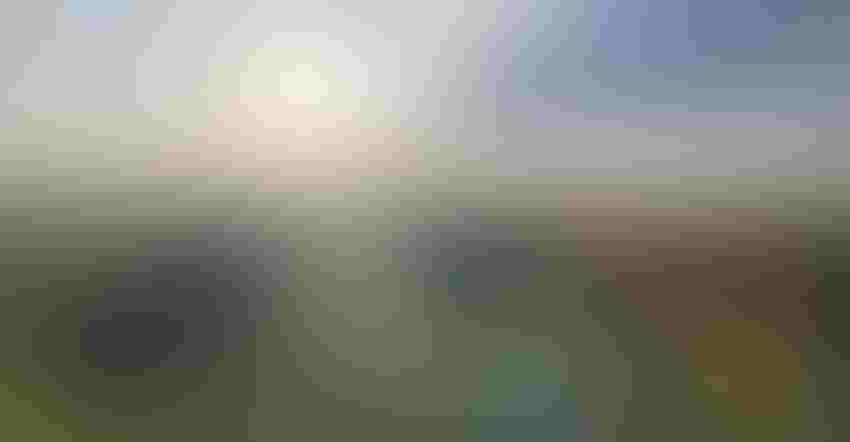 Seasonal beef demand historically rises in the spring, especially leading up to grilling season, which kicks off Memorial Day, said David Anderson, AgriLife Extension economist, Bryan-College Station. But this year, demand is higher as Americans and the economy emerge from a year-long pandemic.

Anderson said the run-up in fed cattle prices and in the wholesale market reflects the overall economic mood in the nation and globally. Economic momentum is increasing as Americans continue to gain confidence that the COVID-19 pandemic is largely in the rear view.

According to the Centers for Disease Control and Prevention tracker, almost 36.5% of Americans have received at least one vaccination dose, while 22% were fully vaccinated. As those percentages increase, Anderson said consumer demand is likely to shift toward higher value beef cuts and continue to build in a restaurant sector devastated by the pandemic.

Anderson said the hotel and restaurant markets have a long road to recovery but improvements in the travel sector should be encouraging.

“There’s a lot of pent-up demand,” Anderson said. “There’s more momentum toward opening up and people want to get out or have get-togethers.”

Seasonal price increases this time of year usually are around $6 per hundredweight on a five-year average, but surging demand has created a greater-than-seasonal increase and could drive prices higher, he said.

It is noteworthy, he said, that beef prices were strong before the pandemic and that retail demand for beef in 2020 was the best in 20 years. The retail demand reflects prices and purchases at grocery stores and shows that despite the pandemic’s effect on restaurants, Americans still consumed beef.

Anderson expects beef will continue to be in demand, and that the American appetite for beef may shift from lower-value cuts like hamburger and sirloins to rib-eye steaks and filets, especially as grilling season nears.

“Beef is more expensive than pork or chicken, and demand for certain beef cuts is typically a pretty good indicator for how the economy is performing,” he said. “Increased demand and prices relate to how much money are in people’s pockets.”

Anderson said it’s hard to compare the cattle and beef markets to this time last year when the pandemic was causing uncertainty and logistical bottlenecks due to processing plant and restaurant closures, as well as panic buying at grocery stores.

Feed prices are up significantly due to price rallies on most grains, including corn. Anderson said high feed prices typically translate into lower calf prices in the short term, but prices for calves continue to climb, though their trajectory would be steeper if grain prices were normal.

But despite rallying prices, Anderson expects the Texas and U.S. cattle herd to continue contraction.

“Prices are improving, but I think we will continue to see producers cut into their cow herds based on high feed prices and drought,” he said. “There is typically less beef production on higher feed prices, historically, and drier-than-normal weather outlooks will be a factor going forward.”

Anderson said cattle weights at feedlots typically decline between January and June, but weights had been higher this year until Winter Storm Uri caused notable weight losses. The week before the winter storm, Anderson said fed cattle average weights were 919 pounds. Average weights fell to 899 pounds after the stressful week where cattle’s dietary intake burned as energy to help them stay warm.

In the first week of April average weights were still 899 pounds.

“We have to feed them longer for them to gain weight, and the higher feed prices incentivizes feedlots to sell them quicker,” he said. “The good thing is we are producing a lot of beef and selling it.”

Trade data indicates another good trend for producers, Anderson said. Beef exports are down, but imports are down more.

“Competitor nations’ prices are high, and the weaker dollar has helped exports,” he said. “The export volumes exceeded imports by 50 million pounds, and divided by 330 million people, that’s basically a little more than one Happy Meal. There’s a lot of good, optimistic things to talk about.”

Conditions were dry and windy. Soil moisture conditions continued to deteriorate, and year-to-date rainfall was well below normal. New crops were showing moisture stress, including some corn already exhibiting leaf rolling. Leaf and stripe rust and corn aphids were present on winter wheat, with the rust beginning to show on the flag leaf of the more susceptible wheat varieties. Cotton planting halted due to very limited soil moisture, but producers continued to prepare fields. Herbicide and fertilization applications were complete. Cattle remained in decent body condition with pasture conditions improving. Stock tank levels were decreasing, and runoff water was needed to refill tanks. Pastures were in mostly fair condition, and late-winter planted forages were being grazed down.

Conditions were dry and windy, and temperatures were starting to warm. Drought conditions were becoming critical after another week without rain. Plantings continued in dusty conditions, with cotton and rice planting nearing completion. Cotton was emerging at acceptable rates. Crops will need moisture soon to increase yield potential. In some drier areas, crop stands were thinner than desired, but good enough to avoid replanting. Wheat began heading. Rangelands and pastures were green, but growth slowed and were beginning to show signs of stress. Hay pastures were being fertilized, and ryegrass in a few hay fields was cut. Livestock were in good condition and bringing stable to higher prices. Many spring calves were on the ground and looked good.

Conditions across the district were mostly dry. A few areas received some scattered showers, but more rain was needed to get hayfields and pastures growing. Pasture and rangeland conditions were fair to good. Subsoil and topsoil conditions were adequate. Cattle markets were steady with aggressive buyers on all cattle classes. Livestock were in fair to good condition with some supplemental feeding taking place. Fly populations increased dramatically as temperatures warmed. Feral hogs caused problems for many producers by damaging hay meadows and pastures.

Farmers across the district were busy fertilizing fields in preparation for planting season. Wheat was heading out, but development stopped due to the lack of moisture with most fields in poor to fair condition. Rain was in the forecast, and producers may take a break from pre-watering croplands. Cattle were in good condition.

Topsoil moisture throughout the district was adequate to short. Topsoil moisture began to dry out across the counties. Daytime temperatures were in the 70s most of the week. Sporadic rain was forecasted in the coming week. Corn was emerging and could use some rain. Wheat looked good and appeared to be entering the boot stage. Livestock and spring-born calves were in great condition. Horn flies were starting to become a problem on cows already.

Temperatures reached highs in the lower 90s with nighttime temperatures in the low- to mid-40s. Drought conditions continued with windy conditions and no rain reported. Small fires were reported throughout the district. Many producers were in fields trying to keep the sand from blowing. Some pecan trees started to bud and leaf out. Beef cattle were still in overall good condition. Producers were beginning to cut winter beardless wheat for hay. Rangeland conditions were poor. Livestock continued to receive supplemental feed. Pre-irrigation continued for cotton in the Rio Grande Valley, and cultivation prior to planting was in process on many farms that received water early. Pecan orchards were slowly being watered as well. The El Paso County Water Improvement District No. 1 was releasing effluent water to some areas in the Lower Valley, but a majority of farms had not received water. El Paso County will not receive project river water until late May or early June. Many farmers were relying on wells, which can cause long-term problems due to high salinity levels. This growing season was expected to be very difficult for El Paso County farmers due to drought.

Mornings were cool and days were warm with windy conditions. All areas needed rainfall. Stock tank water levels were dropping. Forages were slow growing. Pecan bud break was in full swing. Producers increased field preparation for summer forage planting. Some fields were planted, and others were fertilized. Spring livestock work increased, and supplemental feeding continued due to drought.

Conditions continued to dry. Trace amounts of rainfall were reported in some areas, and Grimes County reported good rainfall. Additional moisture was needed, and irrigation was being provided to most vegetable crops. Rain was in the forecast for some areas. Crimson clover bloom was complete for most locations and white clovers started blooming. Pasture conditions were deteriorating. Rangeland and pasture ratings were excellent to very poor with fair ratings being the most common. Soil moisture levels were very short to adequate to very short.

Dry and warm conditions continued across the district with no rainfall reported. Pastures continued to decline with increased temperatures and a lack of moisture. Wildfire risk was a concern. Corn, sorghum and cotton were planted. Kinney County reported crops continued to be heavily irrigated. Sutton County reported that tent caterpillars arrived with lighter infestations than last year. Caldwell County reported steady cattle markets, and sheep and goat markets were high. Spring shearing of sheep and Angora goats continued. Livestock were in fair condition and most were receiving supplemental feed.

Soil moisture levels were very short to short. Warm conditions with temperatures into the 90s and no rainfall were reported. Triple-digit temperatures were in the forecast. Wheat fields were under irrigation, and some fields were expected to be cut for hay soon. Some rust was reported, and fungicide applications were being made. Corn, sorghum and cotton fields continued to develop under irrigation. Cotton planting was complete in a few areas and picking up across most of the district. Pasture and rangeland conditions were mostly poor and continued to decline. Supplemental feeding continued. Stock tanks were holding. Feed and hay prices increased due to demand. Beef cattle producers continued to cull herds due to minimal forage availability. A higher number of early weaned calves were reported, and cattle body conditions were declining. Cattle prices were steady. Summer grasses were emerging, and some producers had cut hay, though yields were lower than usual. Hay producers followed cuttings with fertilizer and irrigation. Crop growth stages were behind schedule, and stands were thinner than usual. Some plantings were on hold due to lack of moisture. Early planted crops were showing moisture stress. Onions and sugarcane were being harvested, and sesame was being planted. Some citrus trees were showing signs of life following the winter storm.