&bull; As a result of his success as a beef producer, Phillip DeSalvo has been selected as the Arkansas state winner of the 2013 Swisher Sweets/Sunbelt Expo Southeastern Farmer of the Year award. 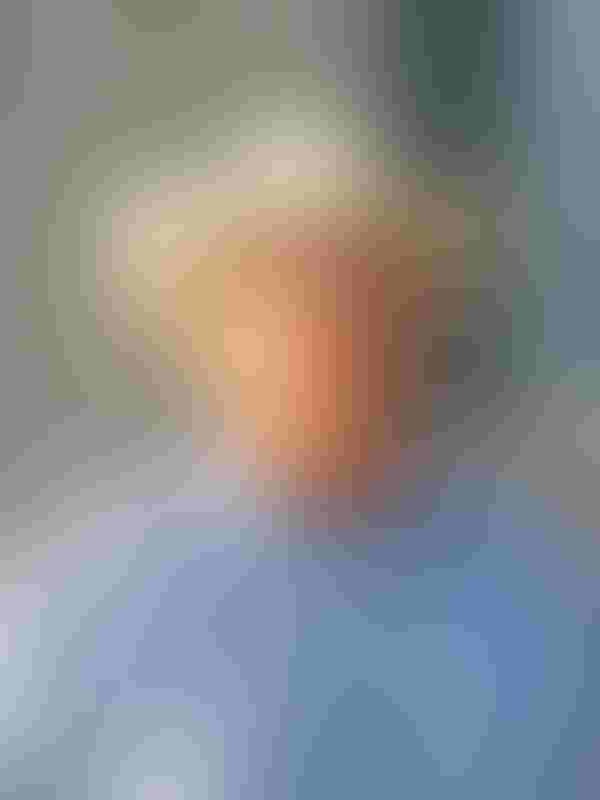 DeSalvo has persevered despite adversities such as drought, a devastating tornado and losing a contract to grow broiler chickens. His Big D Ranch is now recognized as a top source for both purebred and commercial beef cattle.

As a result of his success as a beef producer, DeSalvo has been selected as the Arkansas state winner of the 2013 Swisher Sweets/Sunbelt Expo Southeastern Farmer of the Year award.

DeSalvo joins nine other state winners from the Southeast as finalists for the award. The overall winner will be announced on Tuesday, Oct. 15 at the Sunbelt Ag Expo farm show in Moultrie, Ga.

A fifth generation farmer, DeSalvo’s ancestors emigrated from Italy and settled in Arkansas. DeSalvo has farmed full time since 2003 and now has 1,350 acres, with 1,100 acres rented from nearby relatives and 250 acres of owned land.

In 2008, he lost his contract to grow broilers for Pilgrim’s Pride. He worked closely with his Farm Credit lender to focus on increasing his beef herd to help pay off his chicken house loans. “Farm Credit stood by us, and we have been very pleased to work with them,” says DeSalvo.

He converted the chicken houses to indoor feedlots for weaned calves and to calving barns for first-calf heifers. He collects the manure from the old chicken house floors to spread on his pastures. He also converted his litter shed to a commodity barn.

The tornado hit his community in 2008, damaging farm buildings and scattering debris in hay fields at the time the hay needed to be cut. “We were able to rise above that disaster with the help of many friends and family members,” he recalls.

A severe drought last year greatly reduced DeSalvo’s wheat-ryegrass silage yields. The dry weather persisted and prevented him from harvesting a sorghum-sudangrass silage crop. That forced him to buy hay to provide the forages his cattle needed to get through the year.

By locating water tanks made from tires throughout his pastures, he provides a consistent supply of fresh water for his cattle. DeSalvo also built new ponds to serve as a source of drinking water and refurbished some of the old ponds on his farm.

His crops typically include about 300 to 400 acres of wheat-ryegrass silage yielding six to eight tons per acre and 150 to 200 acres of sorghum-sudangrass silage also yielding about six to eight tons per year. “I don’t grow corn silage because I don’t have irrigation here and dry weather is such a big risk,” he adds. DeSalvo also grows bermudagrass hay on 200 to 300 acres.

DeSalvo improved his forage management in 2012 when he built a pit that holds 3,000 tons of silage. “Putting up the bulk of our forage early in the season reduces the need for hay production later in the season,” he says.

His pastures include a mix of bahiagrass, bermudagrass, dallisgrass, fescue and crabgrass. “We also graze our wheat and ryegrass in the winter prior to harvesting them for silage,” he adds. He often plants his wheat-ryegrass silage crops into his bermudagrass stands, and then tills land to plant sorghum-sudangrass. “We plant just enough sorghum-sudangrass to fill our silage pit,” he adds.

He’s raising Ultrablack cattle, a relatively new beef breed consisting of Angus-Brangus cross cattle. “In 2006, we had some of the first registered Ultrablacks on our farm,” he says. “Now, this breed is taking off.”

DeSalvo’s herd includes about 300 commercial cows along with their calves, 200 registered females and 40 to 50 registered bulls. He sells steers through video auctions and cull cows at local auction markets. He markets his heifers and bulls through private treaty sales directly to other ranchers.

He works with Land O’Lakes Purina Feed nutritionists to design feed programs that best meet the needs of his cattle. He groups cattle by age and production cycle to make sure each group receives appropriate nutrition. He also relies on Pfizer and Novartis veterinarians along with his own veterinarian to set up vaccination programs.

DeSalvo pays close attention to bull selection. He aims for 90-day fall and spring calving seasons. This cycle makes it easier to put uniform sets of calves together at sale time. He also uses artificial insemination for breeding both purebred and commercial cattle. “Our registered herd is run like a commercial herd,” DeSalvo says.

He has achieved a 97 percent conception rate, but that fell a bit in the wake of last year’s drought. Weaning weights are about 600 pounds for steers and bulls, and about 25 pounds less for heifers.

Pregnancy checking and strict cow culling contribute to herd efficiency. “Poor fertility, bad feet and legs, poor udders and disposition are all reasons for culling,” he says. “The cows must also wean a calf whose adjusted weaning weight is 50 percent of the mama’s body weight. We have a few 1,500-pound cows on the place, but it is easy to get a 500-pound weaned calf from a 1,000-pound cow.”

Accurate records also contribute to top beef production. He collects information on animal weights and other data that his wife Beth enters into their CattleMax computer software.

Prior to working full-time on the farm, DeSalvo worked as a welder and drove a truck. “I was making money for my employers, and I decided to come back to the farm to make money for myself,” he recalls.

In the years ahead, DeSalvo anticipates increasing cattle numbers to better supply a growing demand for bulls and commercial heifers. He also intends to start a production sale at the ranch. “Our bull customers will then be able to market their calves at our sale,” adds DeSalvo.

His father, Tony DeSalvo, is a source of help and guidance. Tony instilled in Phillip a passion for cattle. Phillip, Tony and Beth work together as a team to make sure the cattle operation runs efficiently.

Phillip and Beth have two children, a son Ben, 9, and a daughter Isabella, 7. Both children are active in 4-H and in exhibiting livestock. As a child, Phillip helped Tony on the ranch just as Ben and Isabella help out today. Phillip says,

“We are teaching our children the way of life that has been handed down to us.”

Due to a strong and growing demand for food, Phillip believes he and his children have a great future in farming. “We know how to do it, how to farm,” he adds.

As Arkansas state winner, DeSalvo will now receive a $2,500 cash award and an expense paid trip to the Sunbelt Expo from Swisher International of Jacksonville, Fla., a $500 gift certificate from the Southern States cooperative, the choice of either $1,000 in PhytoGen cottonseed or a $500 donation to a designated charity from Dow AgroSciences, and a Columbia vest from Ivey’s Outdoor and Farm Supply.

He is now eligible for the $15,000 cash prize that will go to the overall winner. Other prizes for the overall winner include the use of a Massey Ferguson tractor for a year from Massey Ferguson North America, another $500 gift certificate and a Heritage gun safe from Southern States, the choice of either another $1,000 in PhytoGen cottonseed or a second $500 donation to a designated charity from Dow AgroSciences, and a Columbia jacket from Ivey’s Outdoor and Farm Supply.

Swisher International, through its Swisher Sweets cigar brand, and the Sunbelt Expo are sponsoring the Southeastern Farmer of the Year awards for the 24th consecutive year. Swisher has contributed some $924,000 in cash awards and other honors to southeastern farmers since the award was initiated in 1990.

Arkansas has had one overall winner, Brian Kirksey in 2008.

DeSalvo’s farm, along with the farms of the other nine state finalists, will be visited by a distinguished panel of judges during the week of Aug. 12-16.

It's time to scout Tennessee soybeans for disease symptoms