Patch burning breaks up pasture into sections, burning a certain section each year in a three-year rotation. 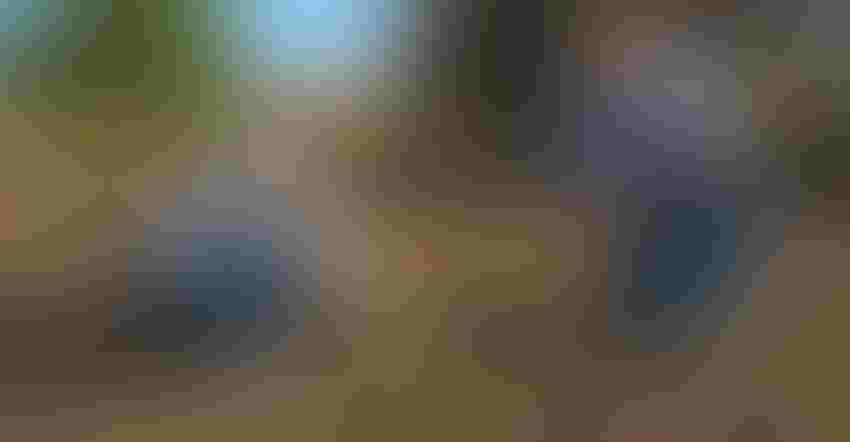 Ongoing research at Oklahoma State University shows that the process of patch burning has the potential to save cattle producers $20 per cow per year in supplemental feed costs.

Most cattle producers currently practice prescribed burning in which they burn their entire pasture about every three years.

“With patch burning, you’re breaking that pasture up into different sections, and burning a certain section each year in a three-year rotation,” said Hannah Baker, an OSU graduate student in agricultural economics.

Research on patch burning began more than 50 years ago and continues with The Prairie Project, a collaborative effort between research and Extension faculty at OSU, the University of Nebraska, Texas A&M University and the U.S. Department of Agriculture-Agricultural Research Service.

Research through the multidisciplinary project found other benefits, such as higher quality forages in recently burned areas and mitigations for drought because of the stockpiled forages in unburned and ungrazed areas.

“This particular research has required a lot of interdisciplinary work and collaboration between departments, researchers and projects with different objectives,” said Hannah Shear, professor of ag economics and Baker’s supervisor on the project. “Hannah Baker’s role has been to work with these researchers to better understand their data and results, so she could incorporate them into a larger economic analysis."

Such an analysis required a vast knowledge base on cattle production, feeds and forages, cedar encroachment, stocking and carrying capacity, burning and grazing and more. This was knowledge Baker had to possess before compiling the economic data.

Baker said despite the benefits of patch burning, few producers are adopting it because there is very little economic and cost research available.

“That’s where my research project comes in — to evaluate the initial cost of the implementation of patch burning and the cost of continuing it,” she said. “My current research is taking those qualitative results — the benefits of patch burning — and making them quantitative by putting some monetary value behind it.”

The OSU Department of Natural Resource Ecology and Management sent out a survey to cattle producers in the great plains who use prescribed fire to obtain more information about what costs are involved in the process.

“Forage is at its highest quality in the new growth stage (typically 150 days after a burn), and that forage quality provides the nutrients cattle need rather than producers having to supply a supplemental feed to make up for nutrient deficiencies,” Baker said.

A four-year study conducted by the department looked at cow-calf pairs on both patch-burned pastures and traditionally burned pastures. The results showed that the body condition scores of the cows and the weaning weights of calves did not differ between the two burning styles, but there was a 40% reduction in supplemental feed requirements for cows on patch-burned pastures.

“The research showed cattle were able to maintain their body condition score on less feed, so ultimately, that means less money spent by the producer,” Baker said. “What I am specifically looking at in my research right now is how patch burning can help reduce supplemental feed costs.”

For her research, Baker developed a partial budget by combining results from previous research with results from the survey taken.

“We found patch burning provided a total savings of $8.35 per acre for producers in the first year when looking at burn costs and supplemental feed costs,” she said, adding that those numbers could change over time.

Baker said with the drought, it may not be feasible for cattle producers to start patch burning now, but she and other researchers want producers to consider the benefits of implementing it in future.