&bull; The strategic investment of profits generated from recent record feeder cattle prices will lay the foundation for the long-term viability of cow/calf producers.&nbsp; 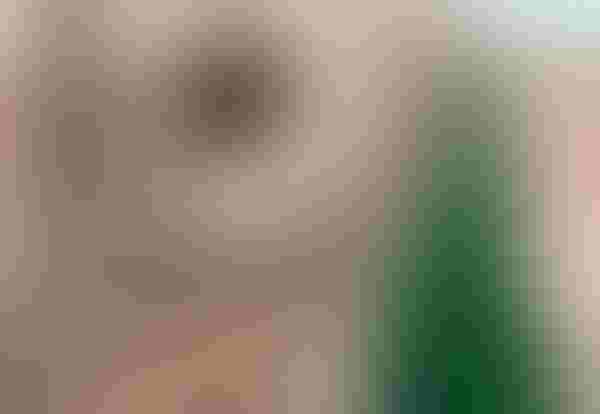 In March 2012 the prices of feeder cattle reached record highs.

Recently I spoke with a cow/calf producer who stated “last week I sold seven heifers for the same price as steers. In all my years of raising cattle, I have never received such high prices.”

The management of profits generated during periods of high prices will impact the long-term viability of the business. Agricultural prices are highly cyclical.

There is the old adage “the cure for high prices is high prices.” This means that during periods of high prices, producers will increase production to cash in on the high prices. The increased production will result in additional products sold in the market place, which will reduce demand for the products and depress prices for producers.

Fundamental economic principles dictate that at some time in the future, beef replacement heifer numbers will increase, which will expand the national beef cow herd. This will increase the number of fat cattle being slaughtered and increase beef supplies.

Consequently, the larger supplies of beef available in the marketplace will lower prices of feeder and fat cattle as well as profit margins.

The decisions that producers make during periods of high profit margins can impact the long-term profitability and viability of their businesses.

Beef cattle producers should start to take steps to position their businesses to weather the future decline in profit margins.

It is crucial that producers maintain open lines of communication with their lenders during periods of high prices and profit margins. Remember that your lender is your business partner.

I would encourage producers to contact their lenders during the summer and fall of 2012 to keep them abreast of farm production and risk management strategies that are being used to lock in profits.

Likewise, I suggest that producers sit down with their lenders and develop strategies for coping with the upcoming decline in cattle prices.

When profit margins start to decline; the producer and lender need to prioritize and develop a list where the profits will be spent to generate the highest returns.

During the times of high prices, the producer should have replenished and built up cash reserves.

Suppliers charge interest rates of one and a half to two percent per month on open accounts, which correlates to annual interest rates of 18-24 percent. The cash reserves can be used to pay off lines of credit and pre-pay on operating (cattle, equipment) and real estate loans.

Next the producer should consider investing in income producing assets that will generate the highest returns.

Seed, soil fertility, fencing, and equipment repairs are areas that will yield long benefits to a farm.

The frost seeding of legumes into grass pastures will provide nitrogen that will reduce purchased nitrogen inputs.

Soil testing is an excellent way to determine soil fertility and develop a budget for planned fertilizer purchases.

In the past several years fertilizer prices have been volatile. Fertilizer prices are influenced by grain prices and demand from China and India. When making fertilizer purchases, I would suggest that producers stay in close contact with their suppliers for information about prices and world supply changes.

Feed and fertilizer costs can be reduced by investing in fencing that will enable a producer to implement rotational grazing systems on their farm.

Missouri researchers estimated that grazing animals recycle 75-85 percent of forage nutrients consumed. When grazing is managed, nutrients are recycled back where they came from.

By having the cattle harvest their forage during more months of the year, producers are able to use less machinery and reduce their overhead costs. Due to reduced machinery requirements, producers may be able to overhaul tractors to extend their use.

During times of high profits, many producers succumb to “new paint disease” where they purchase new pickup trucks and farm equipment that has bright and shiny paint. The decisions to replace and upgrade machinery will increase fixed and variable costs (fuel, labor) that raise total production costs (fixed plus variable). These choices will have long-term implications regarding farm profitability.

Many Virginia cow/calf producers own a line of hay making equipment (e.g. haybine, rakes, and baler) that is used to harvest hay which is used to feed the herd during the winter.

Prior to the increase in feeder calf prices in April 2010, the average Virginia producer had an average of $100 profit per calf.

Many producers incorporate stockpiling forage into their rotational grazing systems as a way to eliminate the need to bale hay to feed their animals during the winter months.

The fixed costs of owning hay making equipment places producers in an uncompetitive position because their high production costs are unsustainable.

Due to narrow profit margins, producers will not be able to generate sufficient profits to replace the hay equipment.

The strategic investment of profits generated from recent record feeder cattle prices will lay the foundation for the long-term viability of cow/calf producers.

By working together with their lenders, producers can develop a plan to prioritize the investment of profits into the farm’s infrastructure that will maximize returns to their land, labor and capital in the cyclical beef industry.