Couple donates their ranch to Oklahoma State University College of Veterinary Medicine. "They were so good to our mare..." 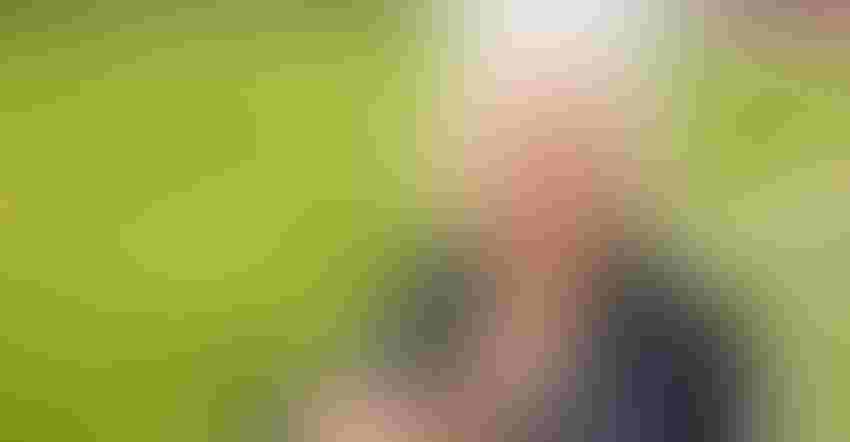 Elizabeth Logan has had many loves throughout her 95 years — her husband George W., horses and the Logan Ranch, just to name a few. For more than 50 years, Logan has resided on the 320-acre Logan Ranch in Haskell.

“We bought the farm in 1970 and built the house,” Logan said. “We raised beef cattle and quarter horses. George W. loved the outdoors and loved the horses.”

Her love for horses didn’t begin until later.

“I was afraid of horses until my husband had open-heart surgery in 1995,” Logan said. “He had a barn full of studs, and I had to take care of them during his recovery. Finally, I just got more comfortable with them.”

As Logan spent more time caring for the horses, she decided to start showing them.

“George W. had a yearling filly, Scottish Nurse, that I took a shine to,” she said. “I came in one evening after feeding and told George W. that I was going to show Scottish Nurse. He about fell out of the chair. I told him that I’m going to make her high point filly of Oklahoma the next year, and I did.”

Logan had success showing horses for 20 years until she was 88 years old. However, her journey with horses did not end there.

About six years ago, Logan got into the racehorse business after encouragement from her veterinarian, Jay Ross.

She started with Chrome Kisses her first year, then acquired Batter Up and Josey Wales the next. Logan got her first win with Batter Up. When her horses would do well, she would use the prize money to buy more. She currently has nine racehorses.

To say Logan has done well with her racehorses is an understatement. In 2019, at the age of 92, she won the Oklahoma Futurity at Remington Park with EC Revenge. She won it again in 2022 with Tres Crystals.

“I can’t tell you how exciting it is to win the Oklahoma Futurity not once but twice,” she said. “When my horse ran it the first time, it was the biggest thrill of my life. I get thrilled every time; it doesn’t matter. My trainer has had horses in the futurity to run, but he has never won it. Now we’ve won it twice, so he’s thrilled, too.”

In May, Tres Crystals won the Heritage Place Futurity, which is another first for trainer Dee Keener.

Reminiscing on her life achievements, Logan says she’s not getting any younger.

With no children, Logan and her husband planned for the future of their property. In 1999, the couple decided to donate their estate, including their ranch, to the Oklahoma State University Foundation for agricultural research after their passing.

Although she has carried on George W.’s legacy since his death in 2011, Logan recently made the decision to donate the property while she’s still living.

“I’ve been blessed; I really have,” Logan said. “I decided there’s no better time than now.”

The decision to donate their land and property was spurred by a trip to Stillwater in 1983. When their champion mare, Bandy, got sick, and after receiving no answers from local veterinarians, the couple loaded up and took their horse to the OSU College of Veterinary Medicine.

OSU veterinarians identified the problem as hyperkalemic periodic paralysis disease, an inherited muscular genetic disease the equine industry was not familiar with at the time.

“If they wouldn’t have found out that she had HYPP, she wouldn’t have lived very long,” Logan said. “OSU gave us more time with her. They were so good to save our mare; that instigated us to give OSU the farm.”

Heidi Williams, associate vice president for the OSU Foundation, said OSU developed a relationship with Logan, which led her to consider gifting the property for agricultural research use during her lifetime.

“We’ve had the privilege of getting to know Elizabeth during the past six years,” William said. “We’ve hosted her for a campus visit and football game, visited her ranch with several OSU Agriculture administrators and joined her at the racetrack, all while stewarding her planned gift. She is an incredible lady, and we are fortunate she sees value in donating her land to OSU for agricultural research.”

Chris Richards, director of the field and research service unit for OSU Ag Research, said Logan’s property is not only a great addition but also perfect timing.

“We had the Eastern Research Station in Haskell as a lease property since the early 70s,” Richards said. “However, we recently lost the lease on that property, so this generous gift will allow us to continue research in that area of the state.”

Current work includes building a fence around the property and developing a cattle handling facility to prepare for future research on the site.

“We hope to do very similar things at the new facility as we were doing at the old one, which includes cattle grazing research,” he said. “The first project is funded under the Oklahoma Water Resources Center using geofencing cattle collars. It is a very appropriate use for that space since it’s entirely in forage.”

During this research period, Richards said they will work on pasture weed control and fertilization to increase the forage consistency across the property. In addition, they will prepare smaller replicated pastures with internal fencing and water sources designed for specific research interests.

Thomas G. Coon, vice president and dean of OSU Agriculture, said he values the personal connection Logan has made with the university and her commitment to helping OSU Ag Research.

“Someone who gives a gift like this becomes one of those key people who have contributed to the building of this institution,” Coon said. “They are giving of themselves in a very concrete way to make sure the big idea behind this place continues.”

In addition to donating the property, the Logans started a scholarship fund for students entering OSU’s veterinary program.

“George W. always said we’ve worked for what we’ve got,” Logan said. “Because of what OSU did for us, we decided to try to help someone else or other students who are going to college.”