&bull; These lower feed prices have sharply reduced anticipated feed costs for this spring and summer.&bull; Corn prices have dropped about $1 per bushel and soybean meal prices about $30 per ton. 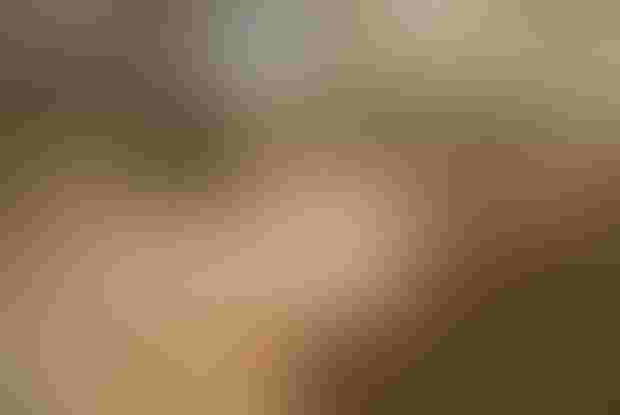 As a new college graduate, my first job was with one of the major grain companies who took many market positions.

The executives had a phrase that said a lot, “It’s amazing how often we are right about the market, but for entirely wrong reasons.”

My previous statements that hog production could get back to profitability this spring was based on an expected spring hog price rally. The prospects for that rally, however, dimmed in February and March with the reality that pork exports were headed down.

Now the prospects for a return to profitability have brightened once again, but due to an entirely different reason: much lower feed prices.

A dramatic downward movement in feed prices had not been expected until mid-to-late summer.

These lower feed prices have sharply reduced anticipated feed costs for this spring and summer. Corn prices have dropped about $1 per bushel and soybean meal prices about $30 per ton.

Estimated costs for farrow-to-finish production were near $70 per live hundredweight in the first quarter of this year. Now my cost estimates have fallen to $65.50 for the second quarter and to $63 for the third quarter.

The outlook early in 2013 was for a return to breakeven based on a hog price rally by May to reach the $70 cost level.

Weakened demand related to exports meant that the spring rally would not be strong enough.

Now, the outlook has shifted toward costs decreasing from $70 to the mid-$60 as the way breakeven could be reached a bit later this spring. A return to breakeven will be welcomed after drought driven feed prices have resulted in losses of an estimated $26 per head for the previous three quarters, including the last-half of 2012 and the first quarter of this year.

Live hog prices in the first quarter of 2013 averaged near $62 per live hundredweight.

Prices are expected to rise to the mid-$60s for the second and third quarters this year. If so, second quarter prices will cover all costs of production and a modest profit of $8 per head would unfold in the third quarter.

Feed costs would continue to drop in the final quarter of 2013 and into 2014 given current futures price direction.

Starting early this fall, total costs of production would drop under $60 for the first time since 2011. Prospects for a profitable hog industry remain favorable through the summer of 2014.

The confidence in this more favorable pork outlook is still “skating on thin ice.”

Concerns over further erosion of pork exports remain. Japan, our largest pork buyer, has recently announced a major move by their central bank toward quantitative easing that will depress the buying power of the Yen relative to the dollar. This will make it more costly for Japanese consumers to buy U.S. pork.

The biggest of the worries will remain over feed costs. While the recent USDA Grain Stocks report seemingly “discovered” more old-crop corn and soybeans, those reports have swung sharply between bearish and bullish in recent years.

There is little assurance this latest report has the correct magnitude of remaining old crop supplies.

Weather this summer and the size of 2013 crop production is the other uncertain part of feed costs.

Current dry soils in the Western Corn Belt and Great Plains states are well known. Ending inventories of corn and soybeans will be limited and thus another below-normal production year could push up new-crop prices rapidly.

On the other hand, a return to more normal production could still depress new-crop prices from current levels given the prospects for relatively weak demand for corn use for ethanol and increased international completion for export demand from the U.S.

If U.S. yields do return to near-normal, it is likely that stocks would build and provide some cushion against the next small crop. If this were to occur, not only would feed prices move lower, but there is a higher probability of prices staying lower and less volatile for multiple years.

This would be a favorable business environment for all animal industries to move toward expansion.

Feed price uncertainty remains very large. Feed prices by mid-summer could be much higher, much lower, or about the same as they are today.

One thing is certain: we will know a great deal more about 2013 crops 100 days from now.