Cattle may be infected with rabiesWatch for clinical signsCall the vet 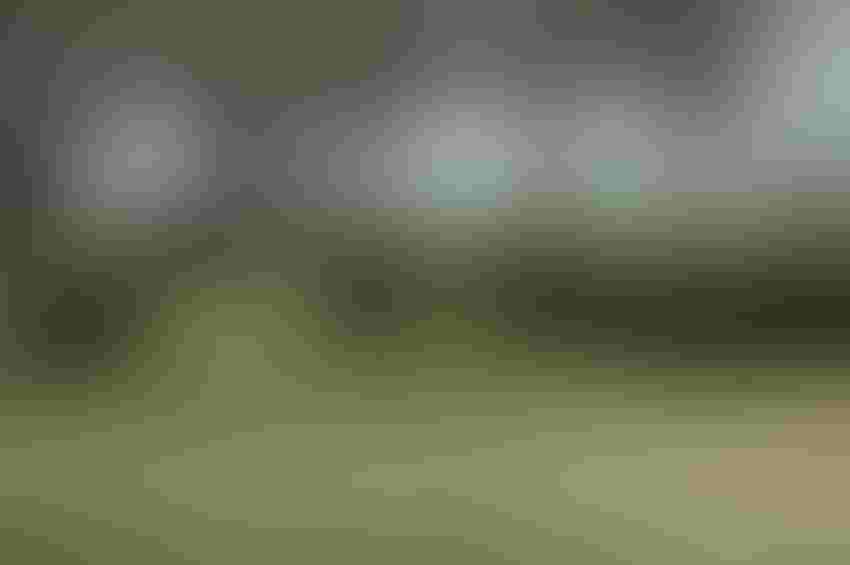 <p>Cattle may contract rabies and producers should be alert for clinical signs.</p>

Rabies may be a bigger problem than some folks think.

The most commonly diagnosed domestic carrier of rabies in the Midwest is cats; however, in Kansas, there has been a recent increase in cattle confirmed with rabies.

“In Kansas the past two years, cattle have been the most common domestic species we’ve diagnosed with rabies,” says Gregg Hanzlicek, director of production animal field investigations for the veterinary diagnostic laboratory at Kansas State University. “This year, we have 13 confirmed bovine cases. Last year there were nine.”

Hanzlicek says the skunk is the most likely carrier that spreads the disease to domestic animals such as dogs, cats, horses and cattle. Those species then will show the clinical signs of rabies.

For producers interested in where rabies has been located in Kansas, the veterinary diagnostic laboratory’s website has a tab called “Disease Trends” that showcases the number of recent rabies cases, by species within each county.

“Producers can use that map to see the specific cases of different diseases throughout the state,” Hanzlicek explains. “It is updated every Monday morning, and it shows in the state, county-by-county, what species and the number of that species have been confirmed with several important diseases, including rabies.”

The time between infection and the onset of clinical signs varies, he adds. It can range from as early as a few weeks to as late as a few months after infection.

“Many animals will start to carry the virus in their saliva before they start to show clinical signs,” Hanzlicek says, adding that the rabies virus is different than most other viruses, because it does not enter the bloodstream. Rather, the rabies virus travels through the nerves from the point of infection.

“Let’s say an animal is bitten on its back leg,” Hanzlicek says. “Rabies will travel through the nerves of the back leg to the spinal cord, and then from the spinal cord it will go to the brain. When it gets into the brain we start seeing the clinical signs.”

“Once rabies is in the brain, it will get into the salivary glands,” Hanzlicek says. “Then every time that animal bites another animal or human, it is going to spread the virus. Toward the end of the disease, we believe all of the organs that have nerves are basically infected with the virus. Therefore, an animal thought to be rabid should not be salvaged.”

“There are many different clinical signs, but we say if an owner sees one of his or her animals acting strangely, rabies has to be on the list to rule out,” Hanzlicek says.

Rabies has two forms, a furious form and dumb form.

“The furious form is the form we remember from the movies, where the dog becomes rabid,” Hanzlicek says. “The infected animal will attack inanimate objects, such as tractors, feed bunks and fences. They will also attack animate objects, including other animals and humans. We do see cattle with the furious form, but it is more rare than the dumb form.”

“With the dumb form, cattle act like they are not aware of their surroundings. They are quiet. They stand off, and they may head press. Often, they will start drooling at the mouth and have difficulty swallowing, and they might become slightly bloated.”

Often when producers see abnormal salivation or trouble swallowing, they think something is stuck at the back of the throat, Hanzlicek says. This can lead to human exposure to rabies, because producers will reach into the mouth of the cow or the calf to see if some object is present. While they are doing so, they are exposed to the saliva that contains the rabies virus.

WHAT TO DO WHEN SUSPECTING INFECTION

Hanzlicek stresses that no treatment exists for rabies. Once an animal shows clinical signs, typically within four to five days that animal will get progressively worse and die.

“If I am a producer, and I see a behavioral change in one of my animals, I will put rabies on the list of possible causes and call a veterinarian,” Hanzlicek says. “Veterinarians can help identify rabies, but also most veterinarians are vaccinated for rabies. They know what precautions to take to avoid contamination when examining the rabies suspect animal.”

Therefore, let the veterinarian look into the mouth of a potentially infected animal; don’t personally do those examinations. Unfortunately, the only way to definitively diagnose rabies is in a deceased animal, where a specific portion of the brain is required for testing. Veterinarians are trained to sample the appropriate portion of the brain for a diagnosis.

Effective rabies vaccinations are available for humans, dogs, cats, horses and cattle. Hanzlicek recommends that producers who show cattle consider vaccinating those cattle for rabies. If the show animals contract rabies, there is more of a chance of exposure to humans.

“While it isn’t always practical to vaccinate the whole cow herd, some herds in Kansas have started due to the number of skunks that are present in their area,” he says. “However, in certain states rabies is more prevalent than in Kansas, and veterinarians in some states do recommend all cattle receive the rabies vaccine.”