North Florida dairy farmers are increasing their use of grazing and hay areas thanks to the hybrid, perennial, warm-season Tifton 85 bermudagrass.North Florida dairies supply close to 10 percent of the milk in the Southeastern United States, with Florida milk sales totaling more than $500 million in 2012. 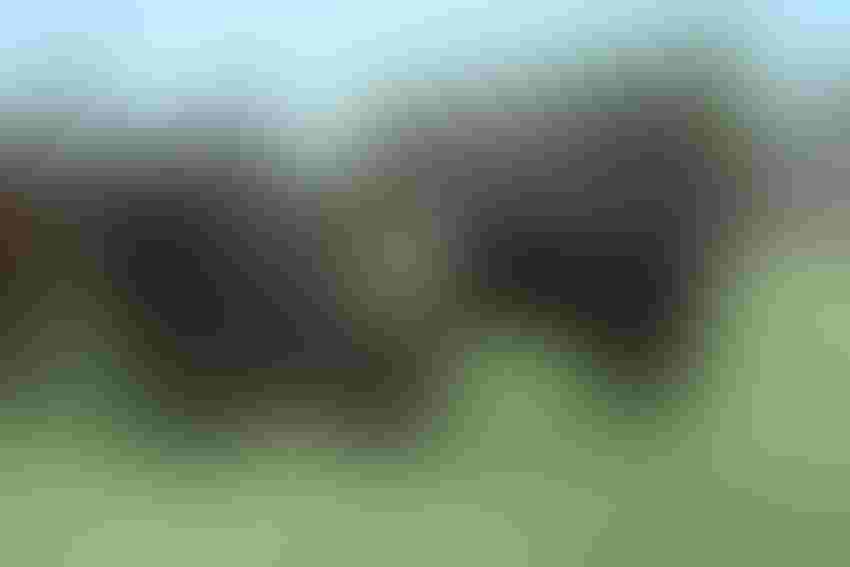 Joey Ricks, the general manager of Alliance Grazing Group based in Trenton, Fla., said using Tifton-85 bermudagrass means the difference between the dairy making a profit or just getting by.

North Florida dairy farmers are increasing their use of grazing and hay areas thanks to the hybrid, perennial, warm-season Tifton 85 bermudagrass, tested extensively by University of Florida Institute of Food and Agricultural Sciences forage specialists.

According to strict environmental guidelines, by using this grass, Ricks can run four and half cows per acre on the 2,000-acre dairy, as opposed to three cows when using regular bahiagrass.

He added that this grass can grow up to two inches in a day during the summer. It also keeps the cows healthier because it is more nutritious than annual grasses and it reduces mud in the pastures, which keeps the cows cleaner and cuts down significantly on mastitis, a potentially fatal infection of the udder.

Yoana Newman, an Extension Forage Specialist with the Agronomy department, described Tifton 85 as a highly nutritious grass that was developed by the U.S. Department of Agriculture more than 20 years ago but has become a ‘game changer’ now because of its high quality, greater yields and some environmental advantages.

Newman and Ricks said the grass is also grown for hay, which adds to farm revenue.

Newman said the one drawback of the grass is that it needs to be fertilized.  But that is actually better for the environment and dairy farms, she said, because it can help dairies make use of a major by-product - cow manure.  The grass absorbs the manure, which helps to keep it out of lakes and rivers.

“They need to dispose of it, so this is a grass that allows them to use it to mop out excess soil nutrients - it’s very good at that,” she said.

Newman has been working with farmers and Extension county faculty in North-Central Florida for the last seven years. She said the expansion of Tifton 85 is, in great part, thanks to a UF/IFAS extension program, which advises dairy and beef farmers to make the best environmental and productive use of their lands.

“For IFAS and the University of Florida, this is a true impact,” said Newman.  “When you go to the dairies and they tell you, ‘Wow, this grass really makes a difference,’ and you see the planted acreage that was not there seven years ago, it’s clearly the result of the extension program.”

Florida has about 123,000 head of milk cows on two concentrations of dairy farms – in North Florida’s Gilchrist, Suwannee, Levy and Lafayette counties, and in South Florida near Lake Okeechobee. Newman said several North Florida dairies supply close to 10 percent of the milk in the Southeastern United States, with Florida milk sales totaling more than $500 million in 2012.

The researcher explained that the dairies are increasingly planting Tifton 85, a perennial grass that does not need to be replanted each year. That cuts down on annual seed and planting costs, and reduces the toll it takes on the land through tilling and the loss of some topsoil.

The grass is disease tolerant and also has a 30 percent higher yield than regular bahiagrass or Alicia bermudagrass, which can save farmers substantially, she said.

Ricks praised Newman, saying without her and the UF/IFAS extension program, his dairy would likely be struggling.