Cattle producers need to get ahead of thistles and Old World bluestem in their pastures. 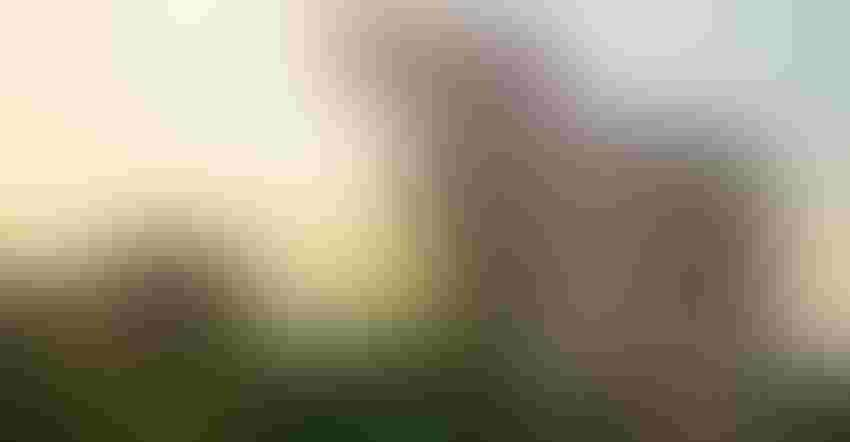 It starts with one, maybe two invaders in a corner of the pasture. If left unchecked, thistles and Old World bluestem can take over like an invading force, costing cattle producers valuable range their livestock could be grazing.

Keith Harmoney, Kansas State University range scientist at the Hays Research Center, spoke during the April 8 Cattle Conversation hosted online by K-State Research and Extension Service. Harmoney says spring and fall are the right times to beat back these invaders, but the first step is correctly identifying the enemy.

“There are eight different thistles commonly found in Kansas,” he says. “Your control options really depend on the species you have present.” Those eight species include the native Wavyleaf and yellow spine thistles and the invasive Scotch, musk, tall, bull, and Canada thistles and teasels.

• Do nothing. Wavyleaf and yellow spine thistles are native perennials to Kansas. They are longer-lived than most thistles, but slow-spreading, and they rarely form dense colonies.

• Prescribed burning. Musk, tall, bull and Scotch thistles and teasels are invasive biennials that respond to burns if their growing points are close to the surface. Harmoney says the burn may reduce rosettes — but if the growing point is deep, you’ve only reduced the seed load that season.

• Mowing. Musk, tall, bull and Scotch thistles and teasels can be mowed right after they start bolting and heads start to form. That can reduce seed production, but Harmoney cautions they can rebolt and might need remowing.

Harmoney says livestock under prescribed grazing schemes can be trained to graze on thistles. But, just like mowing, it takes repeated grazings to get full control of thistles that bolt from rootstocks. It is a long-term battle plan.

• Herbicides. Canada thistles, along with musk, tall, bull and Scotch thistles and teasels can respond to herbicides, but a surfactant must be included for adequate coverage. Herbicides have the best control in the fall, when plants are at the rosette stage, or in spring before flowers start to bud.

Harmoney says it’s critical that range managers monitor the growth stage of thistle to match the right control methods used. For example, musk thistles are most susceptible to herbicide at the rosette stage, before bolting. When they bolt, they have so many nutrients flowing to the upper portion of the plant, it would be like shooting a BB at a tank.

“If thistles have taken over an area, and are at full bloom, any herbicide application done at this time will not work quickly enough to prevent seed from maturing and dropping,” Harmoney says. The key is to get rid of seed heads and cut off water supply to those flowers before they form mature seed.

Rotational or set stocking grazing methods can be effective tools to fight thistles. Grazing tends to lead to more vigorous grass and vegetative growth, which then competes with thistles trying to get established. However, overstocking can weaken the grass growth, and open up the pasture to invading species, he warns.

Other invasive species that sneak up on cattle producers is the Old World bluestems. These grasses were actually introduced to Kansas ranges because they are highly productive in dry conditions. In areas with abundant moisture, they can rapidly reproduce.

However, Harmoney warns, the yellow bluestem and the Caucasian bluestem basically form monocultures in pastures. That’s a problem, because these species mature before native grasses and cattle tend to avoid grazing them, while putting more grazing pressure on the tender native grasses around them.

“They’re really a threat to the whole grass biome and ecosystem,” Harmoney says. “These patches can spread quickly. We have an area on the Hays Research Center where we’ve followed Old World bluestems for over eight years.” At a 13% compound annual growth rate, a patch of just 86 plants can turn to an acre in 16 years, he warns.

Range managers have three options available to them:

• Do nothing. You can manage large patches of Old World bluestem like the monoculture it is and adjust your grazing to its cycle. If you choose to hay the patch, be sure that you don’t transport bales to locations where those seed heads could start a new colony.

• Dig. Isolated plants can be identified, dug up and removed from the property.

• Herbicide. Small patches can respond to an application of imazapyr, a selective herbicide that won’t harm the native grasses you’re trying to save. Glyphosate will control Old World bluestems, but it will also kill any desirable vegetation in the patch.

Whichever method you choose, be prepared for a long battle. Harmoney says he knows of a producer in Ellsworth County who wanted to control the invasive Old World bluestem to help his grassland bird populations. He started in 2016, with more than half of his pasture covered. In three years of imazapyr treatments, the Old World bluestem was reduced to less than 1% cover, and the native grasses were able to rebound.

Whether your invaders are thistles or Old World bluestems, be prepared for a long-term battle plan so that your pasture can sustain livestock and wildlife for years to come.