Here is a look at a calf auction, and a peek behind it reveals the heart of the people involved. 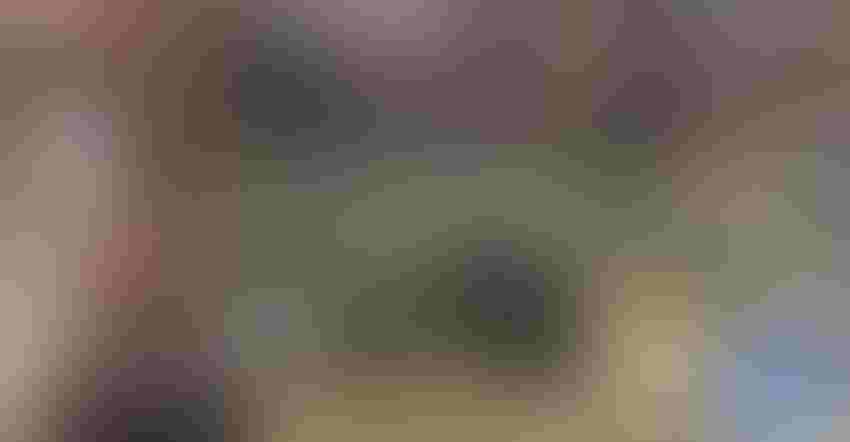 WEST BRANCH AUCTION: The reputation of the West Branch, Mich., auction is strong because of the breeders who consign calves, and because of the adherence to their common protocols. Kable Thurlow, MSU Extension

After checking the pens of cattle, attendees settled into the auction barn for the 78th annual West Branch Feeder Sale in October. Some women and children — but mostly men with ball caps and boots — a few cowboy hats, and some Amish straw hats could be seen in the bleachers around three sides of the sale ring.

Pens of five to 10 head of cattle were brought in order. The auction catalog showed the consignor, pen number, breed of cattle, number of head, total weight and average weight. They are brought from the pens; lighter ones beginning around 400 pounds sell first, then the heavier calves upward to 1,000 pounds.

Typically, cattle close in weight are grouped together. These are cattle that usually were born this past winter or spring at the farms of producers throughout northeast Michigan. Steers sell first, followed by heifers.

In the sale ring, the group of calves moves like waves, all together, in the shavings, stirring up dust while the man with the microphone speaks the strange language that is the familiar chant of an auctioneer. It is a language punctuated by some numbers, and a lot of indiscernible syllables as he encourages people to bid and bid again. Some bid with the slightest hand or head movement, others more publicly, each thinking about the total weight in the pen as they bid in dollars per pound.

“Pen 124 sold for $1.91 to bidder ‘X,’” the auctioneer shouts as the next group is being brought into the ring. In the stands, bidder X is marking his bidder card to keep track of how many have been purchased, maybe trying to fill a trailer or a truck.

In the office, the records of each purchase are tallied by faithful volunteers who can’t miss a penny. When bidder X comes to the window to pay his bill, each purchase is already recorded and summed. As the adding machine cranked out its last set of numbers, this sale brought in more than $610,000.

This is a sale of preconditioned calves, who have been weaned 30-60 days, vaccinated and boosted according to the protocol adopted by the association of consignors. These calves will go to feedlots or pastures in state and out of state, ready to grow and be finished out.

The reputation of the auction is strong because of the breeders who consign calves and because of the adherence to their common protocols. These are families that raise beef cattle. They run a herd of cows bred in a limited window of time to a bull with heritable traits that have been studied and matched for their herd and market. Great deliberation is given to purchasing bulls and better genetics bring better prices.

This auction is not the only option these producers would have to market their calves. They could market them at auction in Clare, Gaylord or elsewhere downstate. They could also sell them direct to a buyer who assembles groups for feedlots. Instead, for 78 years, producers have come together to plan this auction, to repair and fix up the facility, to weigh-in cattle and to receive cattle for sale. They put in much of the sweat equity to maintain this auction. Why?

Community is the willingness to work with others for mutual benefit, whether the individual benefits as much. Community is the recognition that we are better when we have each other. Community is when people with differences overlook those to remember what they have in common. Community builds, unites and accomplishes what those going solo cannot accomplish, and they do so because they look beyond short term to the long view.

In this community we find Ed, who sold his cows a year ago still showing up to help. Theo and Carol still faithfully attend and bring soup or baked goods for those working, though they haven’t had cattle for several years. Marty and Arlen are out in the cattle pens moving cattle. Paula, having taken vacation days from her job, is in the office.

Many others fill in to help get cattle from the correct pens loaded on the right trucks following the auction. Their actions demonstrate their sense of community.

Durst is a field-based educator with Michigan State University Extension.