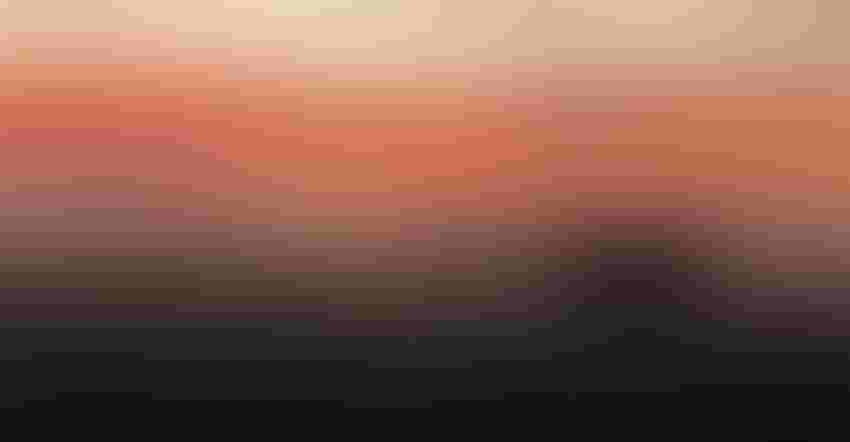 Fed cattle prices, like most futures markets, have been on a rollercoaster due to unknowns surrounding the COVID-19, new coronavirus, outbreak. But part of the cattle price drop point to supply and demand economics rather than panic, according to a Texas A&M AgriLife Extension Service expert.

David Anderson, AgriLife Extension economist, College Station, said fed and feeder cattle futures market prices have been volatile along with other markets as buyers and sellers navigate a future with added uncertainty.

Anderson said the futures markets have been extremely volatile due to coronavirus. But he’s unsure how much of the price rollercoaster can be attributed to fears about the virus’ impact.

Live cattle future prices fell enough to halt trading on March 9, he said. But prices rebounded March 10 above what was lost, and trading was halted because prices hit the price ceiling for the day.

“I still think it’s an overreaction,” he said. “I told people I thought futures were too high in January. Some of this activity doesn’t seem like a surprise. The key is that markets always overreact whether it’s up or down.”

Anderson said it’s understood that rumors and the unknown can affect trading and cause people to sell or buy. But when the facts emerge the market adjusts to what is known.

One known Anderson said can explain lower fed cattle prices beyond the turmoil caused by coronavirus is increased supplies. The U.S. has produced 5.5% more beef than last year at this time.

He said high supplies aren’t due to more cattle but rather higher weights per head. Steers are weighing 20-30 pounds more per head than last year.

March is also typically a low point for annual feeder cattle prices due to large numbers coming off wheat grazing over the winter, he said.

“Good weather and no real major storms in the Panhandle make for good daily gains,” he said. “Slightly more animals are going to packing plants than a year ago. It’s not a problem where beef is not moving to and from packing plants, it’s that weights are up. And we’re seeing higher quality gradings of more choice cuts, which also drives down Choice beef prices.”

“We’re still producing record amounts of chicken and pork,” he said. “That’s a lot of competition for the consumer’s stomach.”

Meanwhile, despite the disruption to global trade, export demand has been better than last year, he said. Pork exports are up mostly due to China, and beef exports there increased slightly.

Despite lower prices for fed cattle, Anderson said calf prices remained steady compared to last year. And there are signs that make him optimistic for cattle producers in 2020.

Anderson said he expects beef production to decrease in the second half of 2020. He also expects there to be fewer calves available in the fall amid a reduced overall herd.

The expectation for a record corn crop also adds the positive of likely lower feed prices, he said.

“Despite the turmoil surrounding coronavirus, all the disruptions to the supply chain and low prices, I think the long term is positive for cattle prices.”

Storms delivered 0.6-2.5 inches of rain across most of the district. More rain was in the forecast. Pastures were greening up. Livestock were in good condition. Some corn was planted, and other producers were waiting for the ground to dry out. Small grains continued to look fairly good and were holding on amid stronger grazing intensity. Trees were starting to bud. Nearly all counties reported adequate soil moisture. Overall crop, rangeland and pasture conditions were fair to good in all counties.

Areas in the district received moisture. Winter wheat field conditions varied from fair to good and were expected to improve with recent rains. Some areas reported signs of aphid pressure and armyworms in wheat pastures. Cattle producers continued supplementing cow-calf and stocker operations with protein supplements and hay where forages were limited.

Field conditions were dry. Early planted sorghum and corn was emerging. Cotton was planted in the south end of the reporting area, with some growers choosing to delay planting due to lack of adequate soil moisture. Pastures and rangelands were slowly greening up but needed rain. Livestock continued to receive hay and protein though supplemental feeding was slowly tapering off. Cattle were in good condition with steady prices.

The district received up to 3 inches of rainfall in some areas. Most areas reported less rain than in recent weeks, which allowed topsoil some time to dry a little. Warmer weather and recent rainfall helped growing conditions. Cherokee County reported ryegrass and clover stands were doing well. Pasture and rangeland conditions were fair to good. Subsoil and topsoil conditions were adequate to surplus. Pastures began to green up and trees began to bud. Livestock conditions were fair to good with supplemental feeding taking place in some areas. Producers decreased the feeding of hay. Wild pigs remained active in hay meadows and pastures, causing damage.

Subsoil and topsoil moisture levels were fair due to some reported moisture. Winter wheat and rangeland were in fair to good condition. Producers were preparing fields for planting. Cattle were in good condition.

Conditions were dry. Subsoil and topsoil moisture were adequate to short across the district. Pasture and rangeland conditions were poor. Winter wheat was in poor condition. Fertilizers were being applied to row crop acres. Corn planting should begin in a month.

Temperatures averaged between the low 80s and the high 30s. Precipitation ranged from 1-2 inches. Wind gusts of 28-35 mph were reported. Rangeland conditions were poor due to seasonal temperatures. Pecan farmers were falling behind on orchard pruning and floor preparation. Livestock conditions were fair to good. Growth of summer weeds increased although rangeland and pastureland were still extremely dry. Livestock needed supplemental feeding in drier areas.

A cold front delivered 1-4 inches of rain throughout the district. Soil moisture levels were adequate. Stock tanks caught some much-needed runoff, but more runoff was needed to fill them. Weeds were taking off with the recent moisture, sunshine and mild temperatures. Wheat and oat pastures looked better and should improve with warm, sunny weather forecast. Livestock conditions were slowly improving, but most producers were still supplementing due to limited grass.

Cool-season forages such as legumes, ryegrass and small grains responded well to the warmer weather. Ranchers were grazing cool-season forages to reduce top growth as the warm season approaches. The topsoil was drying quickly with wind despite a light rainfall. Vegetable gardens were in very good condition with the available subsoil moisture and warmer temperatures. Grimes County reported drought conditions were improving. Livestock were in good overall health. Rangeland and pasture ratings varied from excellent to good with fair and good being the most common. Soil moisture levels ranged from adequate to surplus with adequate being the most common.

Cooler temperatures were reported along with some moisture that improved rangeland and pasture conditions. Sorghum and corn planting started. Winter wheat, oats and ryegrass were in good condition. The sheep and goat markets were steady. Spring lambing and kidding continued. Livestock conditions remained good, and supplemental feeding continued.

The district reported mild weather conditions with very short soil moisture levels. A cold front with trace amounts of rainfall was reported in some areas. La Salle County reported on 0.3 of an inch of rainfall so far this year. Corn planting continued. Corn and sorghum plantings were active in irrigated fields, but dryland producers were waiting for rain. Wheat and oats were in fair to good conditions with some early planted fields starting to head. Pasture and rangeland conditions were poor, and livestock supplemental feeding continued. Producers were culling herds and continued to feed hay and cubes. Some producers were hauling water for livestock. There were reports of hay shortages and rising prices on available stocks. Duval County reported $95 for round bales. Spinach harvest continued to be very active due to market demands. Cabbage harvest in late-planted fields was expected to resume soon. Pecans approached the budding stage. Cotton gins remained busy trying to finish ginning last season’s crop.