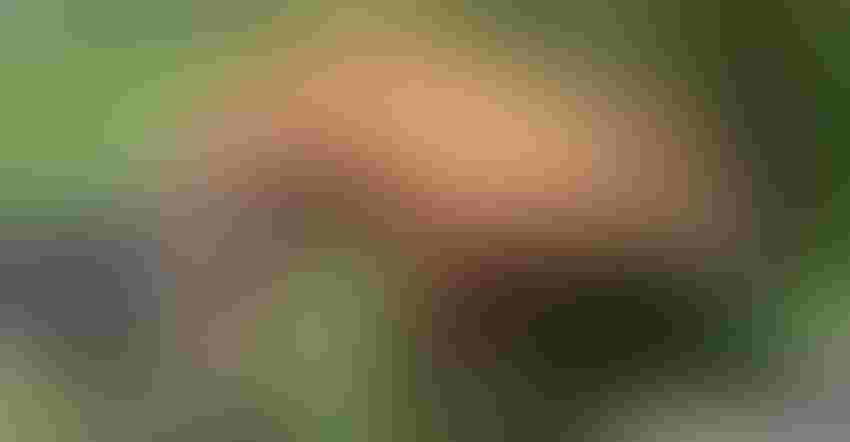 GET OFF THE FENCE: You can’t be half in or out when it comes to protecting your cattle from foot-and-mouth disease. Whether large or small, cow-calf or feedlot producer, you need a detailed plan. prestongeorge/Getty Images

Cattle farmers lag behind both poultry and pork producers when it comes to protecting the nation’s beef industry from a disease outbreak. Developing a biosecurity plan can help close the gap.

In Kansas, Justin Smith, Kansas Department of Agriculture state veterinarian, estimated 2 million hogs are under a biosecurity plan — and just 1 million cattle. That may seem like a lot of cows, but with 6.5 million cattle on ranches and in feedyards, he said 1 million is “not even the tip of the iceberg.”

Smith works to improve overall biosecurity measures across his state. Every year, he and others create a disease outbreak scenario that lasts three to five days. “We actually play it out in the field about how we are going to respond to a foot-and-mouth disease outbreak,” he explained during the National Cattlemen’s Beef Association Cattlemen’s College. And farmers are on the frontlines of stopping the spread of FMD.

Currently, FMD is neither in the U.S. nor the Northern Hemisphere. Smith emphasized it is also not a public health or food safety concern. Still, FMD is the most contagious virus for cloven-hooved animals — beef, sheep, pigs and deer — and has economic ramifications for the entire beef industry.

FMD can be transmitted by air, in urine, semen or manure. It can be active in an animal from two to four days before ever showing clinical signs in cattle. Because of this type of movement of the disease, if found in U.S. livestock, the USDA recommends a national shutdown of movement of animals for at least 72 hours.

Unlike many poultry and swine operation that are vertically integrated, with controlled movement of feed and animals by typically one person at one company, cattle farms are all different. While some larger feedlots have biosecurity plans in place, Julie Herman, who serves as the beef cattle specialist veterinarian at NCBA, said the cow-calf side of the beef business is more segmented, and “reaching those producers is a challenge.”

So state veterinarians, the NCBA, USDA and others are working together to educate and encourage beef producers to create a biosecurity plan.

The template is customizable, giving producers flexibility in determining management practices that work best for their cattle operation, and it covers everything from animal movement to worker training to carcass disposal. The Secure Beef Supply plan also offers an enhanced biosecurity template for beef producers.

Smith and Herman highlighted a few topics covered by both plans.

Biosecurity manager. In both, the first order of business is to select a biosecurity manager for the farm. Smith said it can be the owner, veterinarian or an employee. The individual is responsible for implementing the plan. “You’ve given them the authority to be that person in charge during an outbreak, so it’s not something to take lightly,” he added.

Line of separation. “It’s the castle and the moat,” Smith said. This where farmers map a perimeter around their operations to protect from people coming onto the facility and disease going off the facility. For instance, one farm had a commodity delivery area outside of their line and planned to auger the feed across. Others had delivery points outside of the line, where the driver doesn’t get out and the farmer meets him to unload. Take an aerial map and draw in lines, along with placing a star to designate loading and unloading locations, wash stations and farm access points.

Premise identification number. Farms and ranches should apply for a premise ID by contacting their state department of agriculture. It takes some time, but this helps in tracking during a disease event, Herman explained.

Record keeping. Farmers need a system that accurately records movements of animals, vehicles, equipment and people to provide information quickly in an outbreak, speeding up the response by local officials.

“Biosecurity is a verb,” Herman said, “so we need to keep changing and adapting your biosecurity plan. Yesterday may not be the same as it is tomorrow.”

Currently, biosecurity plans are voluntary in the beef industry. What might move the needle toward more cattle producers having a plan on hand is the issue of indemnity.

According to Smith, the National Poultry Improvement Program established that if producers don't have a biosecurity plan, they are not eligible for indemnity. “That all comes back from what happened in 2014 and 2015, when they went through the high-path outbreak that happened,” he explained. “Is that a line in the sand that’s been drawn today from USDA in the indemnity process? Not necessarily, but I guarantee you those conversations come up every time we talk about it.”

While FMD has not been in the U.S. since 1929, Smith warned that more than 70% of the world has FMD and is endemic in some realm with the disease. While the beef industry is doing something right, he pointed out that with statistics and animal movement increasing, “I have to believe it’s the old adage: It’s not if, it’s when.”