&bull; Profitable hay producers should identify markets and consistently produce a quality product that meets the needs of their customers, know the total cost of production, and seek to price their hay to generate a profit over all costs. 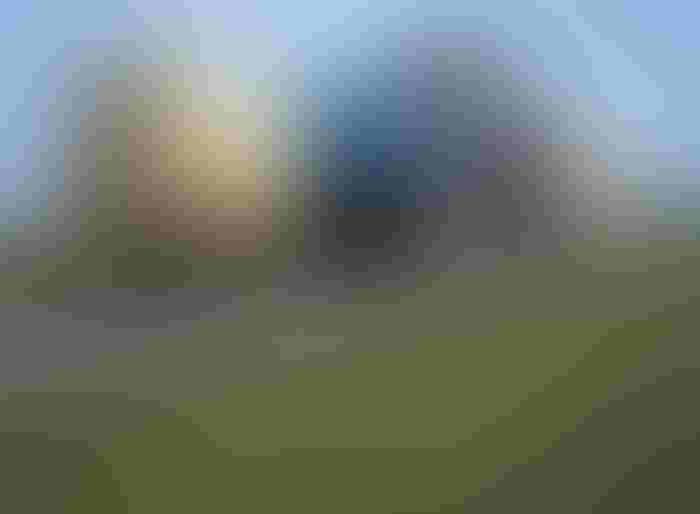 During the winter months, many producers finalize their projected crops acreages for the coming year.

Numerous farms in Virginia produce hay to sell as a cash crop and/or feed to livestock during the winter months and times of drought.

Some farmers give little consideration to these questions about their hay enterprise, how much does it cost to produce a ton of hay or does baling hay generate a profit or loss?

Virginia Tech crop budgets show that it costs $155 to produce a ton of mixed hay.

Using late winter 2013 fertilizer prices, the budget shows there is $72 worth of fertilizer in a ton of mixed hay. Since every bale of hay that leaves a field is exporting nutrients from that field, the nutrients must be replaced to maintain fertility. Otherwise, nutrient levels will be depleted.

Frequently, producers make hay because they own the equipment.

The question that needs to be asked is, can the hay enterprise generate sufficient returns to cover both the variable (e.g. fuel, labor, repairs, twine) and fixed costs (e.g. depreciation, insurance, interest, taxes) of owning hay equipment?

In the long-term all costs, fixed and variable, must be covered to have sufficient funds or borrowing capacity to replace equipment and machinery that wears out or becomes obsolete.

Dairy farmers and horse owners demand higher quality hay and routinely pay higher prices for hay that meets their quality standards. To consistently sell into this premium market hay must be bright green, leafy, soft and free of dust, mold and weeds.

Quality must be the primary focus to serve this market.

Based on historical prices in the Shenandoah Valley, hay producers have consistently received $200-$225 per ton for premium mixed grass/alfalfa and grass hays.

Can be profitable addition

For producers who are able to consistently harvest and sell high quality hay, the cash-hay enterprise can be a profitable addition to the farm business.

It takes the same amount of nutrients and other inputs to grow high quality hay that is cut early, compared to lower quality hay cut late in season.

Hay sold at this price range does not cover the costs of the primary nutrients (N,P, and K) exported from the farm in each bale of hay.

Producers who have difficulty producing higher quality hay should consider profitable alternatives that capitalize on their skills and land base. For example, purchasing hay from off farm sources making sure to match hay quality to the needs of the animals being produced on their farms.

In addition, the purchased hay will provide nutrients to the fields where it is fed.

Other profitable alternatives could include rotational grazing, expanding pastures (and potentially increasing animal numbers) to include current hay lands, making hay on shares with a neighbor who has a reputation for quality hay production, or fall stockpiling forages for winter strip grazing.

Profitable hay producers should identify markets and consistently produce a quality product that meets the needs of their customers, know the total cost of production, and seek to price their hay to generate a profit over all costs.

A highly profitable farmer who regularly sold hay to dairy and horse markets stated, “I am not in farming for cheap exercise. I am not going to work all my life and all I have is a yard full of worn-out machinery to show for it. If I can’t make money growing a crop then the equipment will sit in the shed.”

The most important decision a hay producer can make is to spend time calculating his production costs before the start of the new crop year.

An analysis of prior years’ records is a good start and will indicate if he has made money growing and baling hay in previous years.

This analysis will help guide you to choosing a profitable alterative.

Best wishes for a safe and profitable 2013.