I can’t explain how a 100-pound calf can be run over by a three-quarter-ton pickup truck and live. 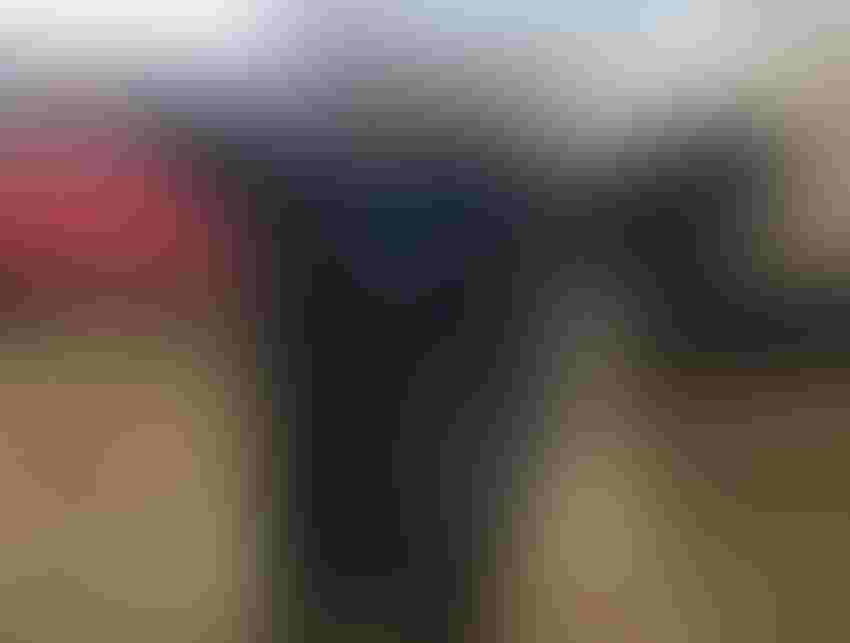 His original name was Hugh because he was one of the tallest black Brangus bulls I have ever seen loaded in a gooseneck.

However, like all good animal names that are assigned prior to a personality review, Hugh was subsequently changed by Daddy to “Yogi” and then “Yahgah” in keeping with his aloof personality and propensity to become alarmed if you happened to approach him from behind while he was dining in his welcome pen under the barn. It was like waking up a baby elephant from his nap. There was no room for escape.

Yahgah’s quickness inevitably landed him back at the sale barn, but he did stay long enough to produce a charismatic crop of long-eared, floppy-dewlapped heifers that received a special collective name upon their entry into the replacement heifer herd.

A couple of “The Yahgahs” even gained individual monikers befitting their elevated stature and powerful presence. Alfa/Alpha (from the television character Alf because he was furry and funny, or because this heifer was clearly dominant—we use both) and Helga.

Despite her flight-prone genetics, Helga grew up with a unique ability to ignore any concept of personal space. She is always the one who follows too close for comfort when you have a bucket in your hand — or even when you don’t. Not unlike some people I know, there is a fine line between friendly and aggressive with Helga.

And we all know the rule, trouble will befall any cow you deem as special, and especially those you choose to name.

Sunday mornings at the ranch this winter seemed to be fraught with unnecessary trouble. After a disastrous uterine prolapse that even the vet couldn’t ameliorate, there was yet another incident a week later.

After breakfast, I was prepping for early service while my sister left to feed the pairs near the house. She returned immediately with the feed truck and ran to get the ATV. The speeding ATV then emerged from the pasture with a baby calf strapped in the back and mama following closely behind. It was Helga and her heifer.

I didn’t ask for details. Somehow my sister had accidently run over the calf with the feed truck. She thought for sure that its ribs were crushed and that internal bleeding would likely ensue. I knew how she felt, and I wanted to throw up.

For those of us who have been in that situation, there is nothing worse than experiencing the feeling that you have caused unnecessary pain and possible death to a helpless individual that God entrusted you to take care of. The guilt is overwhelming.

In between reliving the video replay in your mind and administering the most logical veterinary care, you pray even more fervently than you usually do. You pray for mercy and for healing beyond reason. You tell God that you trust His plan but you also remind Him that you know He is still in the miracle business and that you need Him to heal this calf. You know that He can.

And He did. That afternoon, the calf was standing up and nursing. A week later, she’s running up and down the catch pen, daring the horses to race her.

I can’t explain how a 100-pound calf can be run over by a three-quarter-ton pickup truck and live. But I do know that sometimes we receive gifts we don’t deserve.

I can’t speak for other vocations, but those of us who choose agriculture also choose a way of life that requires the execution and recognition of miracles. Thankfully, God is still in the miracle business so that we can continue to name our cows. Thanks be to God!