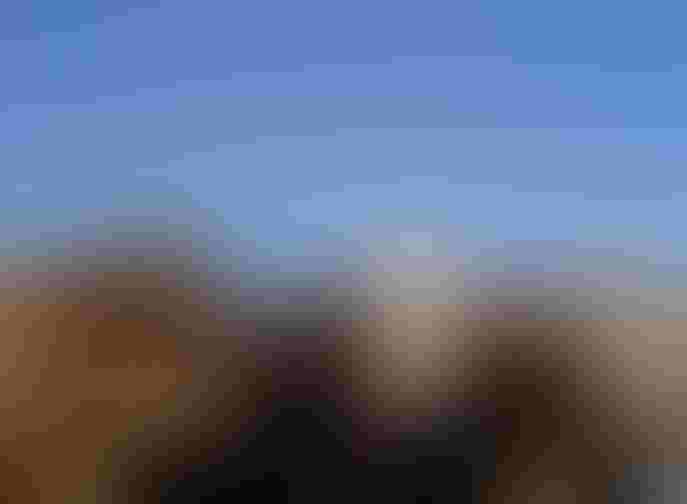 <p> Bee Synch, a synchronization of ovulation technique developed for Bos indicus -influenced beef cows, yields fixed-time artificial insemination pregnancy rates of up to 55 percent. Dr. Gary Williams, a reproductive physiologist at the Texas A&amp;M AgriLife Research Station-Beeville, said this makes the use of artificial insemination more feasible for a greater number of producers interested in using superior sires in their breeding program.</p>

With national beef cattle inventory at lows not seen since the 1950s, the time could be right for producers of Brahman-influenced cattle to adopt a fixed-time artificial insemination method that could add thousands of dollars in net value to a calf crop, according to researchers.

Dr. Gary Williams, a reproductive physiologist at the Texas A&M AgriLife Research Station-Beeville, said the shortage of cattle nationwide has resulted in an increased demand for feedlot calves and a shortage of high-quality beef. This has created the perfect opportunity for beef cattle producers to consider adopting technologies that may improve production efficiency and profits.

“Bee Synch, a synchronization of ovulation technique developed for Bos indicus-influenced beef cows, yields fixed-time artificial insemination pregnancy rates of up to 55 percent and makes the use of AI more feasible for a greater number of producers interested in using superior sires in their breeding program,” Williams said.

“If you have the right genetic background in feedlot-destined calves and retain ownership through the feedlot, the difference in price at slaughter between those and the average South Texas-sired calf can be as much as $350,” he said. “Multiply that out by hundreds and you are making some serious money. We are seeing some of the national steakhouse chains having problems getting high-quality certified beef. This synchronization method could be a lucrative option for some beef cattle producers to consider.”

The synchronization process is a modified five-day protocol developed previously at Ohio State University, Williams said. That procedure, known as “5-day Co-Synch + CIDR” has been shown to be “highly effective” for synchronization of ovulation in Bos taurus beef cows (English and Continental-derived breeds), yielding fixed-time artificial insemination pregnancy rates of 60 percent or greater.

However, this and similar procedures have not worked well in the Bos indicus-influenced composite breeds and crossbreeds used commonly across the southern U.S. The Bee Synch process that Williams developed calls for an additional injection of prostaglandin at the start of the five-day synchronization protocol, which reduces the lifespan of a hormone-producing structure on the ovary.

Williams said one of the main concerns from ranchers considering adoption of these types of technologies is the number of times required to pen cattle, labor costs and stress-related conditions associated with cattle handling. However, the Bee Synch process requires that the cow come through the chute only three times, including artificial insemination.

“This is more attractive to ranchers wanting to use AI to improve herd genetics and marketability, but also wanting to limit the amount of cattle handling required to achieve it,” he said.

“Although it is unlikely in the near future for such technology to overtake traditional South Texas management that uses natural service, the expansion of the national and international market for quality beef, and the current shortage, is creating increased opportunities for producers,” Williams said.

“If Brahman-influenced cows are handled in a minimal-stress environment, are in good body condition (a minimum body condition score of 5, on a 1 to 9 scale), and are at least 45 days post-calving, you can routinely get 50 percent to 55 percent of these cows pregnant with a single insemination.”

“Using Bee Synch, the ability to infuse highly-desirable genetic traits for meat quality into commercial beef cattle production in the southern U.S. should become an increasing reality,” he said.