It’s time to pull the cattle off pasture to allow for fescue growth before winter. 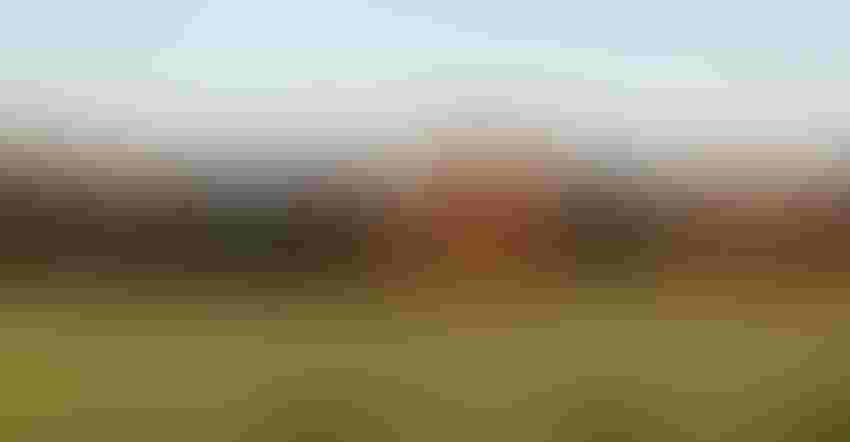 MAKE FORAGE: August is a good time for cattle producers to remove cows from the pasture, add nitrogen and let the forage grow. nickalbi/Getty Images

Grow now and graze later to get the most out of tall fescue pastures.

“If we don’t stockpile, we’ll find ourselves feeding hay or other concentrates just to get through the winter,” Roberts says.

Fescue’s long growing season and persistence make it Missouri’s No. 1 forage. Its waxy leaves make it the cool-season grass best adapted for stockpiling for use in fall and winter in Missouri. The waxy surface keeps it from getting soggy over winter.

Producers should remove cows from fescue pastures before applying nitrogen, the nutrient that most increases yield in grasses. August-applied nitrogen helps grasses grow until after frost, when grazing can resume.

Timing nitrogen application before fall rains is vital for growth, Roberts says. In northern Missouri, this is generally the first week of August. For the rest of the state, it is during the second week of August.

The amount of nitrogen to apply to Kentucky 31 and novel-endophyte fescues differs, Roberts says. Too much nitrogen on K-31 increases toxins, hurting herd health and profitability.

“We want to do everything we can to reduce those toxins and make money on these animals,” he adds.

Toxins in fescue spike in spring and fall in Missouri, with the fall peak occurring around early November.

There are fewer ways to manage toxins in fall than in spring. These controls must be carried out on multiple levels, and all increase input costs. A single practice can offer partial relief but will not be enough to prevent health problems in animals.

“There is no such thing as ‘the’ solution for Kentucky 31 fescue,” Roberts says. Nitrogen application is just one, but a critical one.

Roberts says the best way to reduce toxins in fescue is to renovate pastures from K-31 to novel-endophyte fescues. For information, visit the Alliance for Grassland Renewal website at GrasslandRenewal.org.

“Stockpiling is where novel-endophyte fescues show off,” Roberts says. Novel-endophyte stockpiles are highly nutritional, with high protein and energy content because they have no stems or seed heads.