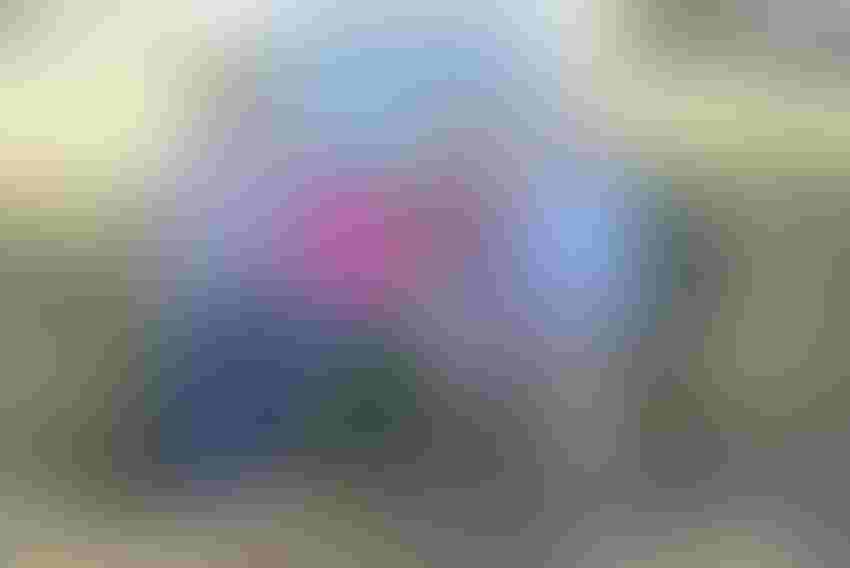 A Lowndes County beef, poultry and pecan operation was named Alabama’s Farm of Distinction during a special livestream of the Alabama Farm-City Awards.

Thomas and Melissa Ellis of Triple E Farm and Priester’s Pecans Inc., received more than $15,000 in prizes and will represent Alabama in the Swisher Sweets/Sunbelt Expo Southeastern Farmer of the Year contest during the Sunbelt Ag Expo Oct. 20-22.

Meanwhile, Priester’s Pecans cracks, shells and processes more than 1.5 million pounds of gift-quality nuts a year and produces candy, baked goods and snacks, which are marketed through retail stores, a website, fundraisers and wholesale agreements.

Over the years, the family has overcome challenges, including high interest rates, a tornado, a fire at the pecan store and failure of a second pecan business in Georgia. Through it all, the Ellises have been steadied by faith.

“I depend on the good Lord to help me get up every day and have a positive attitude and keep moving forward,” Thomas said. “I feel like my wife and I are maintaining what we’ve been given the opportunity to take care of, whether it's Priesterʼs, the farm business or the land.”

As Alabama’s Farm of Distinction, the Ellises received a John Deere Gator from Ag-Pro, SunSouth and TriGreen dealers; a $1,000 gift certificate from Alabama Farmers Cooperative (AFC); an engraved farm sign from Alfa Insurance; and $2,500 as the state’s representative at the Sunbelt Ag Expo.

Andy and Karen Williams of Circle W Farms in Henry County were named runner-up and received a Traeger grill and supplies valued at $1,000 from First South Farm Credit and a $500 gift certificate from AFC.

Cream of the Crop

The farms were judged on productivity, stewardship and management. Judges Bob Plaster of the Alabama Department of Agriculture and Industries; Brandon Simpson of First South Farm Credit; and Jimmy Carlisle, formerly of the Alabama Farmers Federation, visited the farms Feb. 11.

The awards program was originally scheduled for April 2 in Birmingham, but was cancelled due to restrictions aimed at limiting the spread of COVID-19.

Alabama Farm-City Committee Chairman Jeff Helms said the livestream was an opportunity to showcase Farm of Distinction finalists through a video presentation despite not being able to gather for a banquet.

“Alabama is blessed with exceptional farmers,” Helms said. “The Ellis and Williams families are the cream of the crop. They are salt-of-the-earth people who have built successful businesses, which allow them to give back to their communities through leadership, economic development and conservation of natural resources. We are proud to have Triple E Farm and Priester’s Pecans representing Alabama at the Sunbelt Ag Expo this fall.”

A recording of the livestream is available on the Alabama Farmers Federation’s Facebook page at Facebook.com/AlabamaFarmers.

Source: The The Alabama Farmers Federation, which is solely responsible for the information provided and is wholly owned by the source. Informa Business Media and all its subsidiaries are not responsible for any of the content contained in this information asset.