Nearly 40% of the 911 million acres of U.S farmland is rented, according to a new USDA study. 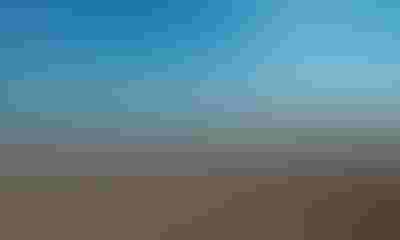 Approximately 39% of the 911 million acres of farmland in the contiguous 48 states is rented. More than half of cropland is rented, compared with just over 25% of pasture­land, according to the U.S. Department of Agriculture’s U.S. Farmland Ownership, Tenure and Transfer report.

Dan Bigelow, Economic Research Service economist and report author, said rented acreage is much more prevalent in areas with cash grains up and down the Mississippi and areas of the Midwest where corn and soybeans are grown with some areas upwards of 50-60%. Other cash grains such as rice, wheat and cotton also have areas with higher percentages of rented acres.

More than half of cropland in the United States is rented. (Photo: mycola/Thinkstock)

1. Relative to crop farms, livestock producers tend to rent fewer acres overall. The rental percentages for cattle and dairy operations coincide with the fact that pastureland is rented at a lower rate than cropland.

Pastureland is often cheaper than cropland, the report noted, making it less financially burdensome for farmers and ranchers to purchase land to begin a new operation or expand an existing one. Second, renting land allows farmers to adjust their land margins in response to changing economic conditions. “If an operator specializing in crop production wishes to expand an existing enter­prise, the operator can typically spread out existing fixed costs (e.g., machinery costs), to farm newly rented land. Ranchers, on the other hand, will typically need to incur new fixed costs to expand their operation by acquiring additional livestock and fencing,” the report noted.

2. The vast majority of hog operations also contain cropland. That may explain why hog farms have the highest rental percentage of any livestock category. In contrast, poultry operations tend to be highly specialized, and, relative to hog farms, a much larger share contain no cropland at all.

4. Retired farmers make up 38% of non-operator landlords. In addition, farmers approaching retirement are more likely to be landlords than younger operators. Twenty-seven percent of land operated by those under 34 years of age is associated with full-tenant opera­tions, while just 8% is fully owned by the operator. On the other hand, 7% of land operated by those who are 65 or older is found in full-tenant operations and 43% is fully owned by the operator.

5. Most tenants rent land from multiple landlords. In addition, 57% of rented acres, accounting for 70% of lease agreements, are renewed annually. “These findings highlight the considerable time and effort that some tenants must expend in managing and negotiating rental contracts,” the report stated.

Bigelow shared that most landlords have long-term relationships with their tenants, suggesting that access to new land through renting may be limited.