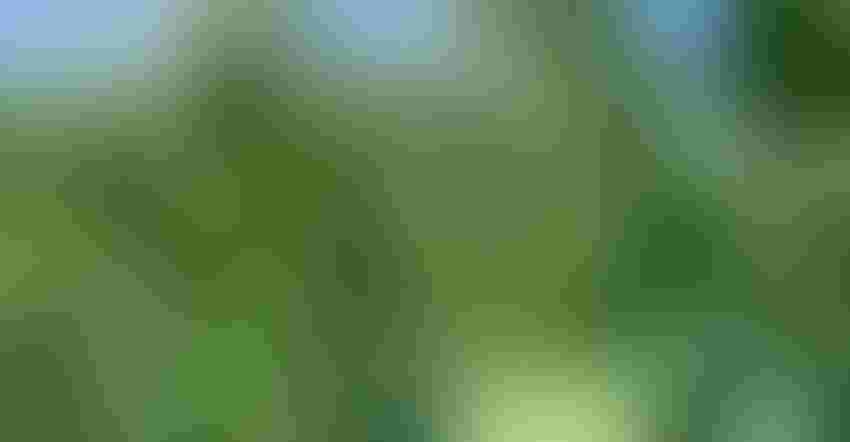 HARD HEIGHT: Scouting soybeans late in the season when the plants are tall is difficult for many farmers. Fields are hard to walk through, and pest damage is difficult to spot. Too often, the brown marmorated stinkbug goes unnoticed. Researchers want to change that.Mindy Ward

Imagine being able to determine whether you need to spray for brown marmorated stinkbugs without even setting foot in the field. A 14-state research project is hoping to provide farmers and crop consultants with a stinkbug management plan that includes economic thresholds and sticky traps.

Ask many farmers or crop consultants, and late-season pest scouting in soybean fields elevates to the top of the not-so-fun to-do list. The plants are tall, hard to walk through and even more difficult to use the sweep net in. However, for the brown marmorated stinkbug, it is the prime time to invade fields.

Kevin Rice, the former University of Missouri Extension entomologist who is now the director of the Alson H. Smith Jr. Agricultural Research and Extension Center at Virginia Tech, says the brown marmorated stinkbug increases its carbohydrate intake at the beginning of the growing season, but it prefers late-season soybeans to stock up on proteins. “And that creates a problem for scouting and for even finding it,” he notes.

Stinkbugs can be managed with insecticide, but they usually go unnoticed because the damage — piercing into seeds with straw-like mouthparts — is hard to detect visually. But that did not deter the researchers from searching for a way to determine just how many stinkbugs are in any given field.

Missouri is part of a multiple state research project set on determining a new stinkbug management threshold system to work with traps placed along the field.

The traps are available from Great Lakes IPM. They are clear and sticky and use pheromones to attract stinkbugs of multiple species.

“So, it catches native brown stinkbugs, green stinkbugs and brown marmorated stinkbugs,” Rice explains. The pheromone is an aggregation pheromone, so it attracts nymphs and adults. 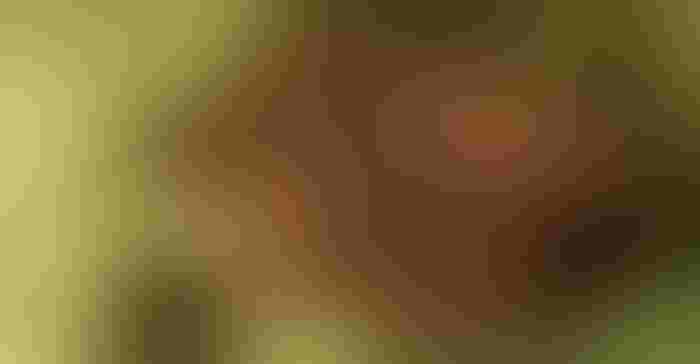 For the past three years, MU conducted a field trial where researchers and graduate assistants placed clear sticky traps 5 meters away from soybean fields on four corners so it wouldn’t interfere with fungicide applications. Then Rice and his crew went out and surveyed the field with sweep nets — 20 locations in each field and compared those captures to the number of bugs found on the sticky traps.

This preliminary trial ran in Ohio as well. Because of that state’s higher population of brown marmorated stinkbugs, the data allowed Rice to assess areas with really high numbers and then medium numbers like those observed in Missouri.

What researchers found was a strong correlation between the number of bugs in a sweep net and on the sticky traps. Because of the consistency, researchers secured funding to expand the research to include a 14-state project conducted in 2022 and continuing in 2023.

These states will continue the research into monitoring stinkbugs from the field edge using sticky cards and pheromone lures by increasing the trial replication. Each state will have at least three trials replicates during both growing seasons.

“We hope to establish a new economic threshold using the clear stick-trap instead of relying on sweep sampling,” Rice says. He estimates those recommendations will take a couple more years of trial data collection.

The sticky traps cost about $1 per trap depending on quantity, and the pheromones last all season.

“Hopefully, you can put these traps on the edge of soybean fields, every two weeks, and it gives you a very accurate count of stinkbug activity in your field,” Rice says.