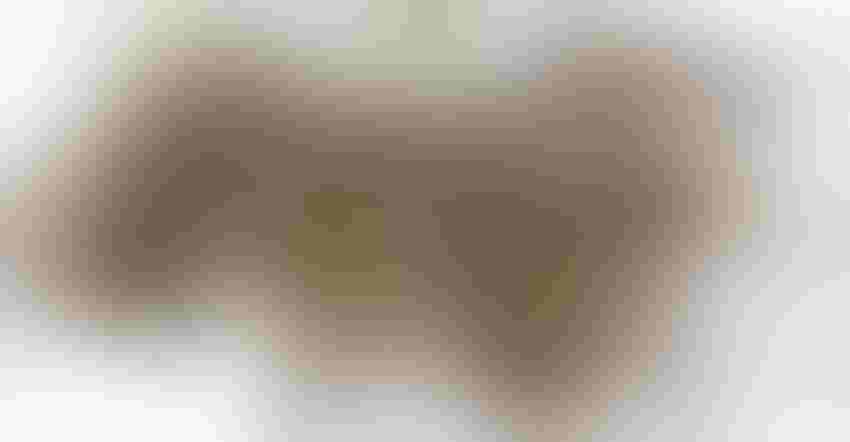 Selecting the right cover crop mix could be an important aspect in managing root knot nematodes.

The annual conference is hosted by the Louisiana Agricultural Crop Consultants Association.

He said timing for pulling nematode samples in cover crops is important. Populations in winter cover may be low because of soil temperatures. "We see no nematode reproduction with soil temperatures below 50 degrees," Faske said. "When soils begin to warm up in the spring, we see reproduction start to creep up, especially on susceptible varieties."

Nematodes that survive and reproduce in nematode susceptible cover crops will continue to build in susceptible crops.

"For 2019 and 2020 we recommend terminating cover crops earlier rather than later," Faske said.

He said nematode populations typically begin to build in May and peak in late season, while plants remain green.

"Root knot nematodes will kill susceptible soybean plants toward the end of the season," he said. "We will see high nematode populations where plants are still green. Where plants have died, we see no nematodes."

Faske said rotating to a non-host crop should be a priority. Options, however, are limited. Peanuts are the best and show no root knot nematode reproduction. Hybrid rice will show no nematode damage, but if a flood is not maintained, row rice will maintain a population that may threaten a subsequent soybean crop on the high end of the field. Grain sorghum, corn, cotton and soybeans, in ascending order, are susceptible to root knot nematode damage.

"The soybean root knot nematodes will kill soybean plants," he said, "and is the most important yield-limiting plant-pathogenic nematode that affects soybean production in the Mid-South. It is found in nearly all soybean-producing counties in Arkansas and can cause significant (more than 70%) yield loss when the wrong soybean variety (i.e. susceptible) is planted in fields with a high population density of root knot nematodes"

"Resistant soybean varieties make a difference," Faske said. The difference could be from 15 bushels to 55 bushels per acre.

Effective weed control also makes a difference in RKN survival, Faske said. "One way RKN can survive in peanut fields is on pigweed, as well as other weeds. Nematodes will not kill pigweeds but will maintain populations."

"Weeds are not great hosts," Faske said, "but they do allow reproduction. Keep the fields clean. If you fallow a field, control the weeds."

Compacted soils may display more severe nematode symptoms. "Compaction can affect root development," Faske said. "Planting in just 4 to 6 inches of soil creates stress on the plant and roots will get galling. Still, the results are better with resistant varieties."

Nematicides, Faske said, are limited. "Seed treatments are not a substitute for variety resistance." Products registered for use in soybeans include Avicta, IleVo, VoTiVO, BioSt nematicide, AVEO EZ nematicide, and Trunemco.

Faske says nematicides may move in soil water and downward by infiltration. Movements may be limited by soil type and nematicide physical properties, which can limit root protection.

He said the best time to pull samples is while the plants are green and the populations are at peak densities in the soil, often in the fall.