Research continues on the size and location of attract-and-kill nets for optimum crop protection. 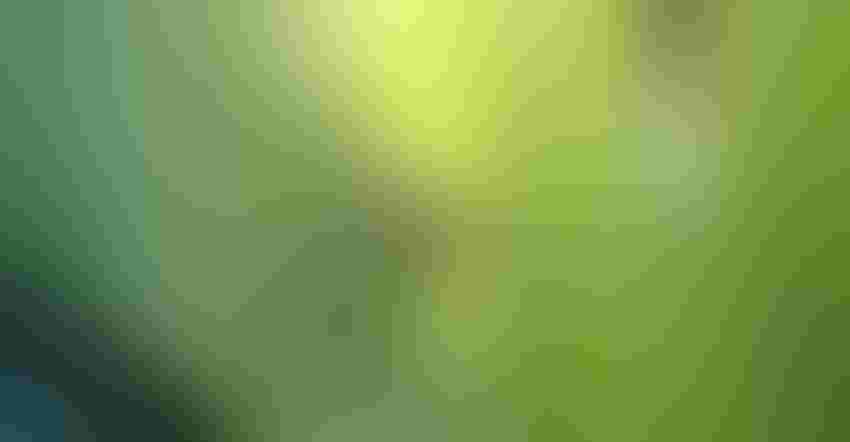 Attract-and-kill insecticidal nets provide equal protection against Japanese beetles as weekly insecticide sprays in crops. This latest behavior control method not only kills the beetles, but also may be the one way to keep insecticides on the shelf longer.

“We’re losing chemistries at a fast rate across the United States because of resistance and some broad spectrum products being pulled from the shelf,” says Kevin Rice, the former University of Missouri Extension entomologist who is now the director of the Alson H. Smith Jr. Agricultural Research and Extension Center at Virginia Tech. “While the attract-and-kill net is not a silver bullet, if we reduce the number of sprays that are going onto fields, then we can reduce the likelihood of resistance and keep insecticides available long term.”

After years of research, Rice says the data show that netting with pheromones and insecticides work at killing Japanese beetles. Now the focus shifts to size and placement of the nets for optimum protection.

It takes just three seconds for a Japanese beetle to land on a pyrethroid-infused net, pick up the toxin and die. Rice explains that the concept works like a roach motel used by homeowners, luring a particular pest into a given area where it will ultimately die.

His on-farm research set a 76-meter net trap along soybean field borders. It was treated with two lures — one contains a Japanese beetle aggregation pheromone that attracts males and females; the other mimics plant volatiles. The insecticidal nets and lures last for a full season.

“The data showed that attract-and-kill nets placed on the outside border of soybeans protect plants from Japanese beetle defoliation the same as a weekly insecticide spray,” Rice says.

Future research will look at lengths of nets, larger or smaller, and placement to determine optimum efficacy.

“I never envisioned that growers would be putting out 76 meters of net,” Rice explains. “That was the first experiment to see if the concept works. Since it does, we can try to refine and tweak the system to make it more cost-effective.”

Researchers will test the idea of 2-meter nets placed along four borders of a field. Most Japanese beetles migrate into the soybean field from border fields or tree lines. Knowing where the pest comes from is key to the netting behavioral control method.

Rice’s graduate students did a separate experiment spraying soybeans in the field with egg protein and the natural habitat outside the field with milk solution. After collecting beetles from the soybean field, they were able to determine where they originated.

“Most of the beetles are coming from the outside of the field,” Rice says, “so that leads us to believe if you put those nets on outside borders with the pheromone, it's a really powerful pest control tool.”

While these behavioral modes of pest control can cost a little more and be labor-intensive, Rice says they are needed to protect crops and chemicals moving forward.

Japanese beetles cause the most damage in corn. “They like to feed on the silks, which can prevent proper pollination of corn ears,” he explains. “That can result in a yield loss.”

Where the pest seems to be all bite, but little bark, is in soybeans. “Japanese beetles can cause a lot of damage without cutting soybean yield,” Rice adds. “You have to look at the whole plant to really determine if you’re at the economic threshold.”