Resistance to pyrethroid insecticides has been identified in Montana as well as Wyoming. 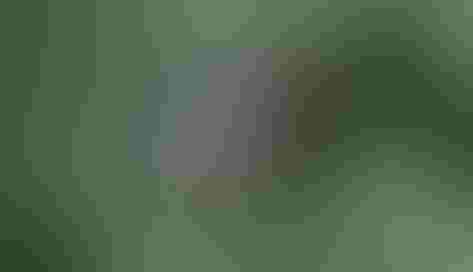 A new publication released by the University of Wyoming Extension assesses insecticide resistance in alfalfa weevil populations in Wyoming, Montana, and Utah. Suggestions for preventing and combating resistance are also provided.

Resistance occurs when economically damaging levels of the pest survive after labeled rates of an insecticide are properly applied.

“This is the first recorded documentation of insecticide resistance for alfalfa weevil in Wyoming,” says UW Extension Educator Jeremiah Vardiman, a co-author of the report. “Producers and agronomists have been suspicious of resistance and now we have confirmation.”

The publication, titled “Management of Insecticide Resistance in Alfalfa Weevil for the Intermountain West: Montana, Utah, and Wyoming” was co-authored by researchers at UW, Montana State University, Utah State University, and University of Nebraska – Lincoln.

Resistance to pyrethroid insecticides has been identified in Montana as well as Wyoming. While not yet documented, there are suspected cases in Utah as well.

“We hope this publication will bring awareness to this new information and provide the recommended management for combating known resistance or delaying resistance,” says Vardiman.

The best method for delaying and combating resistance is a strong integrated pest management system, which relies on a robust monitoring program, the authors advise. Monitoring weevil populations before and after insecticide application is the only way to track potential resistance.

If resistance to common insecticides develop, producers must rely on less familiar, often more costly, insecticides. Ultimately, resistance to these treatments can occur as well, leaving early harvest as the only viable management option.

To learn more about insecticide resistance in alfalfa weevil, download a free copy of the report at bit.ly/alfalfa-weevil-resistance.

[Brooke Ortel is a writer and editor for University of Wyoming Extension.]