By leveraging the natural parasitic biology of this ancient nemesis, researchers hope that a reduction in SWD populations will subsequently minimize the amount of insecticides growers have to use to manage the pest. 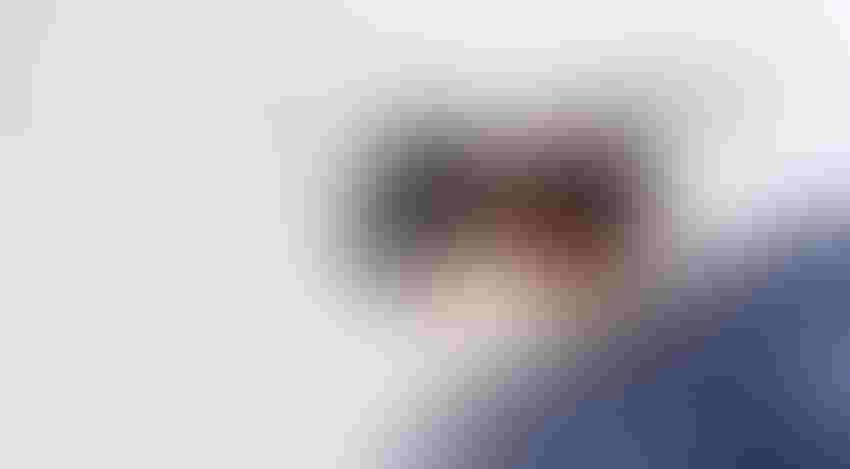 Native to East Asia, Ganaspis brasiliensis parasitizes spotted wing drosophila (SWD) larvae by depositing eggs into the maggots as they are feeding inside the fruit.Photo by Kent Daane and provided by UGA

In a quiet field of abandoned blueberries and shrubby brush in south Georgia, Cera Jones released hundreds of tiny parasitic wasps into the thicket and watched them fly away, following their natural instinct to search for a host to incubate their predatory progeny.

Jones manages the University of Georgia Small Fruit Entomology Lab under the direction of Associate Professor Ash Sial. This spring, the lab was one of a handful of select institutions in the nation to receive a permit for raising and releasing Ganaspis brasiliensis, a parasitoid wasp of the most destructive insect pest in the small fruit industry, the spotted wing drosophila (SWD), or Drosophila suzukii.

Native to East Asia, this small vinegar fly is responsible for billions of dollars in annual crop losses around the globe.

Female SWD lay their eggs in small fruits such as blackberries, blueberries, cherries, raspberries and strawberries just as the fruit reach their mouthwatering prime. Larvae hatch and begin feeding within the pulp, rendering the fruit completely unmarketable due to an almost zero tolerance for infested fruit for fresh market or frozen products.

Because SWD larvae feed inside fruit where it’s hard for insecticides to reach, producers are encouraged to use extremely conservative management techniques, applying preventative insecticidal sprays that target adult flies once a week throughout the production season. This temporary and costly practice not only has non-target impacts, but insecticide resistance is growing, making chemical control altogether less effective.

So, researchers traveled to the fly’s native origins to find naturally occurring predators that could be brought back to the U.S. as potential biological control agents in the battle against the devastating fruit fly.

After more than a decade of research in quarantine, G. brasiliensis finally received the green light from the U.S. Department of Agriculture (USDA) Animal and Plant Health Inspection Service as a safe, host-specific biocontrol of SWD.

“We had been waiting while this species was being studied in quarantine when, serendipitously, Washington State University researchers confirmed the discovery of the wasp in a field last year. Apparently, it had made its way to North America on its own and since USDA doesn’t control the spread of non-native species once they’ve been identified as existing in a state, it made the approval process faster,” said Jones.

Jones released over 1,300 wasps at three locations within Bacon and Appling counties, where most of the state’s blueberries are produced, with supplemental releases continuing over the next few months.

“Since Georgia is within the same latitude as its native range, we hope to see that this wasp can survive in our environment and will begin spreading to other areas beyond their release sites,” she said.

By leveraging the natural parasitic biology of this ancient nemesis, researchers hope that a reduction in SWD populations will subsequently minimize the amount of insecticides growers have to use to manage the pest.

“Even though this wasp is much smaller than the fly, they’re just as determined to deposit their eggs,” said Corinne Stouthamer, a UGA research scientist who specializes in parasitic wasps.

“Population suppression could also occur in fruits that normally would not be sprayed with insecticides, such as backyard fruit trees or wild berries that would otherwise act as a reservoir for the fly. In short, the wasps can reach where the insecticides can’t,” she emphasized.

Stouthamer explained that researchers are still learning exactly how these wasps hunt down their prey with such surgical precision. The wasps pinpoint the location of their unwitting hosts potentially by using larval odors or by feeling for vibrations of the crawling maggots beneath the surface of the fruit. Once a maggot has been detected, the female wasp inserts a needle-like ovipositor through the berry and injects a single egg into the fly larva. The wasp egg hatches and waits for the larva to pupate before finally devouring it. The wasp larva then uses the hard pupal casing that the now deceased SWD created as a protective shell, and continues to develop, eventually emerging as an adult wasp that will go on to repeat the predatory process.

Although it might sound like a scene from a sci-fi horror film, most insect pests are the target of at least one known parasitic wasp, making this primordial battle a fairly common occurrence.

Source: University of Georgia, which is solely responsible for the information provided and is wholly owned by the source. Informa Business Media and all its subsidiaries are not responsible for any of the content contained in this information asset.