With questions surrounding CLRDV, researchers are looking into management practices to control aphid populations in cotton. 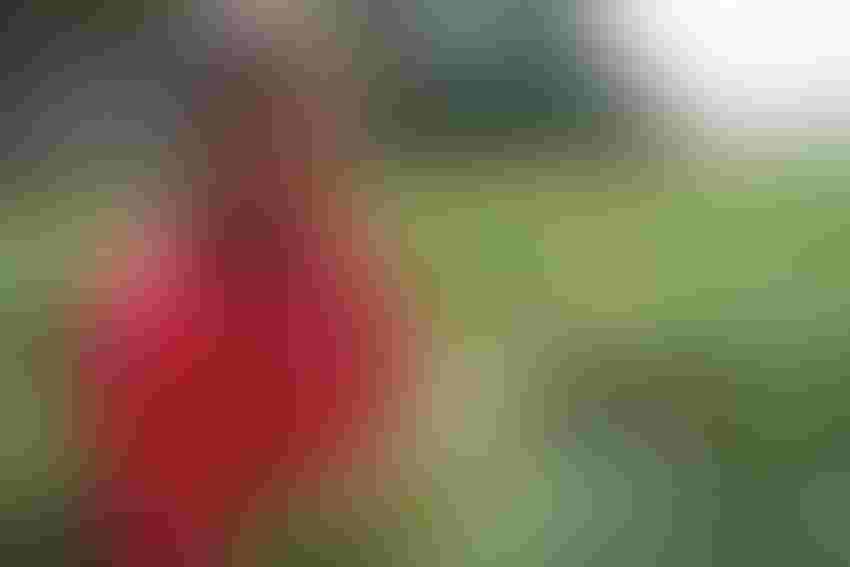 Phillip Roberts, Extension entomologist in cotton for the University of Georgia, said aphid management did not significantly influence the incidence of cotton leafroll dwarf virus nor did it increase yield as seen in trials.Brad Haire

Phillip Roberts, Extension entomologist in cotton for the University of Georgia, discussed cotton aphids and the implications they may have on cotton leafroll dwarf virus and, ultimately, disease.

"Coming into 2019, we had a lot of questions concerning aphids and CLRDV. For years, we thought of aphids as a feeding pest," said Roberts at the December 2019 Row Crop Short Course at Mississippi State University. "We do have to readjust our thoughts as we look at aphids and aphid management as a vector. To my knowledge, it takes a single aphid to transmit this virus, cotton leafroll dwarf virus."

Females have a very high reproductive capacity. Parthenogenetic reproduction combined with the fact that they reproduce quickly means aphids are prone to develop resistance. There are both winged and wingless forms of aphids.

"We're concerned about aphids and CLRDV, and we're doing a lot of work behind the scenes," he said. "In the state of Georgia this past year, we had eight different trials we took to yield, which had some sort of aphid management program in them. That could be something as simple as an efficacy trial with one or two sprays, or it could be where I was trying to eliminate aphids from cotton."

Looking at yield, the data is similar from 10 to 20 years ago with no consistent yield response to treating aphids, Roberts said.

"We do have products that are effective in reducing the stress from aphids in a field," he said."  Aphid control varied considerably within and among efficacy trials we conducted during 2019."

One explanation for erratic performance with pesticides might be a lack of efficacy due to resistance issues with aphids. Another potential explanation is re-infestation following treatment.

"Alana Jacobson from Auburn University and I did some research in Tifton, Ga., and Brewton, Ala. We placed aphid pan traps in the field to collect aphids, and then we counted the aphids every week," Roberts said.

According to the research, there is a rapid peak in Alabama and Georgia about the middle or latter part of June, as well as the first week of July.

"That is when we have the fungus and when the populations crash, so to speak," he said. "We also found cotton aphids on every single date we collected aphids from the pan traps. From May to the end of August, there were always cotton aphids flying. Otherwise, they couldn't have landed in the trap.

"We can't keep aphids out. We had some late-planted cotton that was treated with our most effective aphidcide on June 21 and June 27, but there were still aphids present in early July."

The researchers conducted trials for aphid management on CLRDV. The first trial was initiated with aggressive aphid control at different times during the year.

"We had seven different treatments initiated," Roberts said. "We had what I would call a moderate to high aphid population in this trial. We couldn't eliminate aphids. We had cotton we sprayed five times, once a week five weeks in a row, and we still had aphids present, but we didn't see any differences in yield.

"Dr. Jacobson and I had a trial where we were looking at management systems and how they impacted cotton leafroll dwarf virus. Treatment one, we started spraying that cotton from the time it emerged and sprayed it once a week until the end of July. We tried to eliminate aphids and any movement or transmission of the virus by the aphid. Treatment two, we started spraying that cotton once a week very aggressively once we saw aphids in the field. The third treatment, we sprayed once, based on the calendar."

The data didn't show much difference between treated and untreated plots in the Alabama or Georgia trials.

"In terms of aphid-infested plants, the weekly spray treatment looks about like the untreated," he said. "Putting all our yield data together, we didn't have any differences in yield, but we also didn't have any CLRDV disease in this trial; in other words, no symptomatic plants. There's a difference between a virus and a disease. CLRDV causes cotton leafroll dwarf disease, and you can have the virus and not have the disease."

"In these trials," Roberts said, "aphid management did not significantly influence the incidence of cotton leafroll dwarf virus nor did it increase yield in these trials."